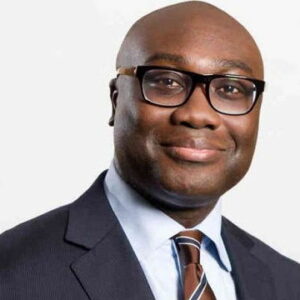 Komla Dumor was a journalist from Ghana who worked for BBC News. Komla Dumor possessed the desire to excavate Africa’s reality and reveal it to the world. The world began to see the other side of Africa as a result of his significant contribution and dogged journalism. His intelligence, charisma, self-assurance, and knowledge propelled him to prominence in the world of media. His presenting of the BBC World News program “Focus on Africa” garnered him acclaim. In addition, he was noted for anchoring numerous radio and television programs, including “Network Africa,” “The World Today,” and “Africa Business Report.” Despite his brief life, he was able to have an incredible impact not just in Ghana, but also throughout Africa and the rest of the globe, and he contributed to a better knowledge of Africa in the global news system. He received numerous accolades for his indomitable spirit and great journalistic abilities.

Komla Afeke Dumor was born on October 3, 1972, in Accra, Ghana, to Ernest Dumor, a sociology professor, and Cecelia Dumor, an educator and curriculum specialist. Her parents came from an educated Roman Catholic household.

In 1975, his family relocated to the United States, where he initially attended Spartan Village School before transferring to Wildwood Park Elementary School and then Daffodil Valley Elementary School.
During his time at school, he participated in extracurricular activities and won the spelling bee, football, piano, and western classical music competitions.

In 1983, the family relocated to Nigeria, where he graduated from St. Thomas Secondary School and enrolled at the University of Jos to pursue pre-clinical medicine. His graduation year was 1987.

He returned to Ghana and enrolled at the University of Ghana upon his return. He obtained a Bachelor of Arts in sociology and psychology. In 2003, he received a Master’s in public administration from Harvard University.

As a student at the University of Ghana, he worked for the Ghana Broadcasting Corporation’s ‘Everyday English’ program. He was eventually employed as a traffic reporter for Joy FM’s morning program.

His command of the English language, knowledge of public policy concerns, and self-assurance enabled him to become the host of the radio station’s “Super Morning Show,” which he utilized to expose the prevalent corruption and poverty in Ghana.

After completing a Master’s degree program at Harvard University in 2003, he was given a job in Brown University’s Africa Leadership Program, but he declined and returned to Ghana to conduct his ‘Super Morning Show’.
He was dispatched to Uganda to cover the country’s developmental challenges, followed by the story of African men fleeing to Spain via the Sahara when the BBC took note of him.

Impressed by his reportage, the BBC African service hired him in 2006 to present their radio program “Network Africa” in London.
In 2008, he joined the BBC World Service’s flagship program ‘The World Today as one of its presenters, a position he held until 2012.

BBC recognized his fixation on remaking Africa along the lines of other developing nations, and he received a new show on commerce, trade, and development in Africa.

In 2009, he was chosen as the inaugural anchor of ‘Africa Business Report,’ a BBC World News show that covered business news in Africa and through which he reflected a stereotypical vision of Africa.

When he began hosting “Focus on Africa,” the first weekday English news program for Africans on BBC World News TV, he became the face and voice of rising Africans.

His live coverage of worldwide events such as the 2010 World Cup in South Africa, the 2012 London Olympics, the funeral of Nelson Mandela, the wedding of Prince William and Kate Middleton, and President Barack Obama’s tour to Africa was well regarded.

In 2003, he was awarded “Journalist of the Year” by the Ghana Journalists Association.
In 2013, he was named on New African magazine’s list of the “100 most important Africans.”
Posthumously, he received the “Excellence in Broadcasting” award at the 2014 African Achievers Awards.

In 2011, he married the attorney Kwansema Quansah and fathered three children: Elinam Makafui, Elorm Efadzinam, and Emefa Araba.
He experienced a heart arrest and passed away in London on January 18, 2014, at the age of 41.

In February 2014, his body was flown to Ghana, where a funeral service was performed at Holy Spirit Roman Catholic Cathedral in Accra, followed by his burial in the forecourt of State House.

Komla Dumor is one of the wealthiest and most well-known journalists. According to our research, Wikipedia, Forbes, and Business Insider, Komla Dumor has an estimated net worth of $1.5 million.

Philip Gbeho, his maternal grandfather, was a renowned musician who composed Ghana’s national hymn in 1957 at the request of Kwame Nkrumah, the country’s founding father.