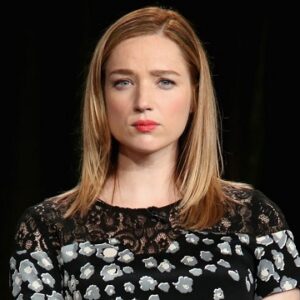 Kristen Nora Connolly is a well-known actress who has been on both the big and small screens. Her acting career began with little roles and as an extra. Kristen, who made her feature debut in 2003, climbed to stardom over a decade rather than a year or two. She rose to prominence after starring as Dana in the 2012 Joss Whedon/Drew Goddard film “The Cabin in the Woods.” She obtained numerous good acting parts as a result of the success of this film. Her notable roles include ‘The Bay,’ ‘A Good Marriage,’ and ‘Worst Friends.’ Kristen is also well-known as a television actress, with noteworthy parts in shows including ‘House of Cards’ and ‘Zoo.’ She’s also appeared in a number of theater performances. It’s worth noting that Kristen played tennis for a long period before she became an actress.

Kristen Connolly made her acting debut in a series of ‘CollegeHumour’ digital short films. In 2003, she had her first film appearance as an extra in ‘Mona Lisa Smile.’ She resumed her her career in major films in 2008, after a long hiatus, and established herself as a formidable actress. In 2008, she appeared in the films ‘The Happening,’ ‘Meet Dave,’ and ‘Revolutionary Road.’ Kristen appeared in over 10 films between 2008 and 2014. ‘The Cabin in the Woods’ deserves special note among these films. She played Dana Polk, an American college student, in this horror comedy. Connolly was praised for her performance as Stephanie in the horror film ‘The Bay.’ Her performance as Petra Anderson in the drama-thriller ‘A Good Marriage,’ based on Stephen King’s story, was outstanding. Connolly’s preference for thrillers is well-known.

She has also appeared in television soap operas in addition to film. She portrays Jamie, a passionate journalist, in CBS’ drama thriller series ‘Zoo.’ Kristin played Bess Houdini in A&E’s ‘Houdini,’ which opened to a huge audience response. Adrien Brody plays Harry Houdini in the show. She portrays Christina Gallagher in the Netflix series “House of Cards.” She gives a commendable performance alongside Kevin Spacey. Lena Lawrence in ‘The Whispers,’ Josie Anderson in ‘As the World Turns,’ and Jolene in ‘Guiding Light’ are among her other significant performances. Kristen has also appeared in two television films, ‘Superego’ (2010) and ‘The Wizard of Lies’ (2017). (as Stephanie Madoff). Kristen Connolly is also a performer on stage. She has performed in Shakespearean plays as a drama student. She performed ‘Romeo and Juliet’ in Montclair Kimberley Academy alongside her brother Will. She starred in Shakespeare in the Park’s productions of ‘All’s Well That Ends Well’ and ‘Measure for Measure’ in 2011. Kristen played the king’s youngest daughter in Public Theatre Productions’ ‘King Lear.’

Kristen Nora Connolly was born in Montclair, New Jersey, on July 12, 1980. She attended Middlebury College and majored in Theatre Studies after graduating from high school. Then there was a futile attempt to study law. She subsequently went on to Yale School of Drama to complete a drama course. She played tennis for a while during her academic years. She also tried her hand at field hockey. In reality, she had to choose between sports and acting as a career, and she went with the latter. She performed in Shakespearean plays alongside her brother Will when she was a drama student.

Estimated  Net Worth of Kristen Connolly

Kristen Connolly is an American actress who has a net worth of $5 million dollars. Kristen Connolly was born in July of 1980 in Montclair, New Jersey. Some of her most notable roles include Dana in 2012’s The Cabin in the Woods, and Christina Gallagher in House of Cards, the Netflix drama series