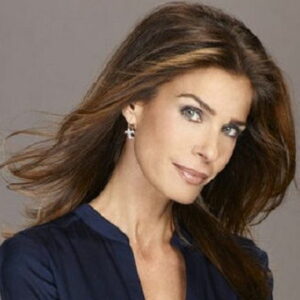 American actress and fashion model Kristian Alfonso was born as Kristian-Joy Alfonso. On the NBC drama series “Days of Our Lives,” where she portrayed Hope Williams Brady, she is best known. She has posed as a fashion model for numerous companies and publications, such as Harper’s Bazaar and Vogue. She has also appeared in the films and television series Full House, Army of One, aka Joshua Tree, Blindfold: Acts of Obsession, Burke’s Law, Melrose Place, Murder, She Wrote, Baywatch, Who’s The Boss, and MacGyver. At the Junior Olympic Figure Skating Championships, Alfonso, a former figure skater as well, won the gold medal. The actress/model also has a jewelry brand called “Hope Faith Miracles” and operates a website dedicated to jewels. Alfonso is a strong, independent woman who is also well-known for being amiable and upbeat.

A gold medal winner at the Junior Olympic Figure Skating Championships, Kristian Alfonso began her career as a figure skater. She resorted to modeling after a tobogganing accident interrupted her skating career. Alfonso made appearances in more than 30 periodicals by the time he was 15 years old, including the well-known Vogue. She was then chosen to star alongside Rock Hudson in the 1981 television film “The Starmaker.”

Two years later, the actress took up the role of Hope Williams in the drama “Days of Our Lives.” She departed the show in 1987 to play Pilar Ortega for the final two seasons of the soap drama “Falcon Crest.” Alfonso did, however, appear on “Days of Our Lives” for a brief period from April to July 1990.

Following this, she and Dolph Lundgren were cast in the part of a cop in the movie “Joshua Tree.” She has also appeared in the films and television series Full House, Blindfold: Acts of Obsession, Burke’s Law, Melrose Place, Murder, She Wrote, Baywatch, Who’s The Boss, and MacGyver.

The actress and model launched her own jewelry brand, Hope Faith Miracles, in November 2006. She also manages a jewelry website where all of her jewelry is described in depth. Direct purchases from the website are hassle-free for customers who want to purchase her designs.

Joanne and Gino Alfonso welcomed Kristian Alfonso into the world on September 5, 1963, as Kristian-Joy Alfonso in Brockton, Massachusetts, the United States. She obtained her high school diploma in Brockton.

In 1987, she was hitched to Simon Macauley. Gino William was the couple’s son before they divorced in 1991. Later, in 2001, the actress wed Danny Daggenhurst. Jack and Spartan, the couple’s two children (her stepson). Currently, Alfonso is active on Facebook, Instagram, and Twitter.