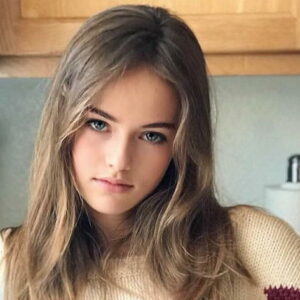 The term “supermodels” used to conjure up images of glossy dolls like Tyra Banks and Cindy Crawford. It appears that things have changed, and it’s almost unbelievable to see little children as young as 4 or 5 years old working in the fashion sector and displaying splendor. Kristina Pimenova is without a doubt one of the most successful younger supermodels. And what is it about her that makes her so unique? Kristina is only 11 years old, yet she has already made waves in the media! This stunning little lady, flawless and poised and a sight to behold, understood more about the fashion world even before she turned eight. Kristina appears to be on the right track, with a legion of friends and lovers on social media, and many of her well-wishers are just hoping for more accolades in her showbiz career.

Miss Kristina was born to a mother who was previously a model, so it’s safe to say she got lucky with the lovely genes that helped her break into the lucrative modeling world. Kristina’s first brush with fame happened when she was four years old, when her mother hired a professional photoshoot crew to help her overcome her camera phobia and feel completely at ease in front of the camera. Her mother subsequently forwarded the images to the ‘President Kids’ modeling agency, who responded with many modeling contracts and advertisements. Kristina’s innate beauty has captured the attention of renowned brands and designers when she began working for big commercials and advertisements at the age of nine.

Kristina’s career began at a young age, with her first appearance in a fashion show at the age of four and her front cover appearances on the front covers of leading publications such as ‘Vogue’ at the age of seven. Her qualifications don’t stop there! At the age of 11, this beauty queen has accomplished far more than the majority of her contemporaries and other top models, and she clearly owns the game and isn’t about to stop now! She has proven that age has nothing to do with fame and success by signing contracts and partnerships with high-end brands such as ‘Roberto Cavalli,’ ‘Benetton,’ ‘Dolce and Gabbana,’ ‘Armani,’ and so on.

Kristina began her modeling career at the age of four with the agency ‘President Kids,’ and is now a part of the ‘Youths’ sector of the leading, well-known modeling agency ‘LA Models.’ Her celebrity and achievements have made her very famous on social media platforms such as ‘Instagram’ and ‘Facebook,’ where she has over 4 million followers. Kristina’s celebrity is undeniably deserving of all the accolades she receives. Kristina Pimenova (@kristinapimenova2005) shared this photo on December 4, 2016 at 10:31 a.m. PST.

Kristina Pimenova’s name would most likely come up in a search for “the most beautiful girl of the twenty-first century.” But, despite her celebrity at such a young age, Kristina’s individuality remains unaffected or blinded. Her mother, who does not lose touch with reality, keeps track on Kristina’s social life and ensures that the little girl does not miss out on the pleasures of childhood. Kristina is nothing but a humble and joyful child, always open for meeting new people and doing something new, despite her spectacular picture sessions, which are examples of unsurpassed refinement. Kristina Pimenova (@kristinapimenova2005) shared this photo on December 3, 2016 at 2:33pm PST.

Beyond Notoriety of Kristina

Despite the fact that Kristina has won the hearts of half the world with her stunning blue eyes and long blonde hair, the critics and skeptics have not spared her. After all, being referred to as “the most beautiful girl” has its drawbacks! Despite the controversies and harsh comments, Kristina and her mother remain detached and unaffected, and continue to climb the success ladder. Kristina Pimenova (@kristinapimenova2005) posted this video on December 2, 2016 at 6:49pm PST.

Kristina Pimenova was born on December 27, 2005, in Moscow, Russia, to Glikeriya Shirokova and Ruslan Pimenov. Glikeriya, her mother, is a former model, and Ruslan, her father, is a former football player. Natalia Pimenova is Kristina’s younger sister. Kristina was born in Moscow but came to Los Angeles to pursue her modeling career. Kristina enjoys spending time with her family and training for gymnastics when she is not working on photoshoots or runway assignments.