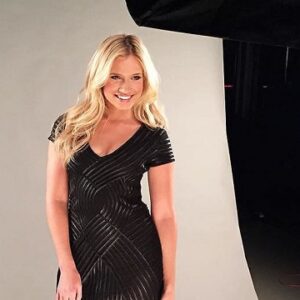 As the anchor of NBC’s “American Ninja Warrior,” a sports entertainment competition that is a spin-off of the Japanese television series “Sasuke,” Kristine Leahy is best known in the United States as a sports reporter and television host. She is well-known for her role as the news anchor and co-host of “The Herd with Colin Cowherd,” which airs on Fox Sports 1. As a child, Kristine grew up idolizing athletes like Michael Jordan, whose career she closely followed during her school years. Kristine was born into a family with a strong interest in sports of all types. She recognized that she wanted to spend her entire life among athletes, despite the fact that she wasn’t particularly motivated to play any sports herself. She then made the decision to pursue a career in sports journalism and graduated from Boston University with a Bachelor of Science and Journalism degree. She started her career in sports journalism while still a student, and soon after graduating, she was hired by a sports radio station before going on to FOX Boston. She became a very accomplished sports journalist within a decade and is now pursuing her dream of “being surrounded by some of the top athletes and most fierce rivals in the world.”

Kristine Leahy worked on the team that developed BUTV’s first sports talk show while she was a student at Boston University, and she co-anchored the program for three years. She worked as a reporter and broadcaster for New England Sports Radio Station WEEI after graduating. After a year as the primary sports anchor for FOX Boston, where she covered all the sports teams in the Boston area, she eventually became an official reporter for the Boston Celtics and Celtics.com. She relocated to Los Angeles in 2012 because she wanted to advance her profession. She held a variety of jobs there, including one as a sideline reporter for Turner Sports’ March Madness coverage. She became a highly successful sports journalist over time, elevating her to national prominence. After joining NBC’s “American Ninja Warrior” as a sideline reporter, she experienced an even bigger surge in fame. Colin Cowherd, a former ESPN Radio anchor, was impressed by her work in this position and offered her a position on his upcoming program. Thus, in September 2015, Colin Cowherd invited Kristine Leahy to co-host his sports talk radio show, “The Herd with Colin Cowherd,” which airs on Fox Sports Radio and Fox Sports 1. She also works for KCBS-TV in Los Angeles as an anchor and reporter.

In the world of sports media, Kristine Leahy is a highly regarded someone who avoids pointless controversies. However, she attracted a lot of media attention in May 2017 after Lavar Ball, the owner of the sportswear firm Big Baller Brand and the father of prominent NBA prospect Lonzo Ball, publicly dissed her. Lavar Ball had been a guest on the radio program “The Herd with Colin Cowherd,” where Cowherd was interviewing him. Leahy asked Ball a question about his sporting brand in the middle of the interview, and he responded very haughtily without even looking at her. In front of the camera, in full view of the shocked cast and audience, he also insulted her and even threatened her. Being the composed professional that she is, Leahy handled the circumstance with grace. However, this incident undeniably damaged Lavar Ball’s reputation by exposing him as a sexist and conceited man.

On October 17, 1986, Kristine Leahy was born in Chicago. She has two younger brothers, but that is about all that is known about her family. She is single and has reportedly been dating sports trainer and instructor Aaron Hines, though she has never confirmed the relationship.

Kristine Leahy is an American television host and sports reporter with a $3 million net worth. In October 1986, Kristine Leahy was born in Chicago, Illinois. After graduating from Boston University with a degree in journalism, she began working at Boston sports radio station WEEI. Leahy worked for FOX Boston and was appointed a Boston Celtics official reporter. Since 2015, she has served as the host of the reality television program American Ninja Warrior. Leahy is a reporter and anchor for KCBS-TV in Los Angeles, California, as well as co-host and newswoman for the Fox Sports 1 radio simulcast The Herd with Colin Cowherd. Leahy participates in e-sports as well and attended the 2015 Intel Extreme Masters Season X in San Jose. In 2016, she also made appearances in episodes of the TV program Pitch.

She called a horse race in 2013 and was the first female race caller in California history.