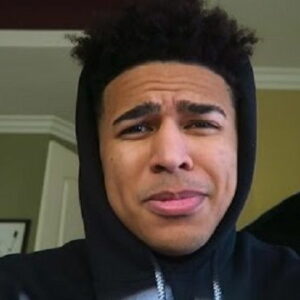 British-American YouTuber Kristopher London is well-known for posting a variety of hilarious content on his channel, such as reactions, rants, challenges, and stories. His channel had more than 1.4 million subscribers as of March 2018. In addition to his celebrity on YouTube, he has enormous popularity on Facebook, Twitter, and Instagram. Currently, he has 343k followers on Instagram and 268k followers on Twitter. He also had a respectable collegiate basketball career as a former player. He had to abandon his professional basketball aspirations due to health reasons. He then started seeking alternative opportunities to concentrate his efforts on and came upon YouTube. As a well-known YouTube personality now, London is admired by millions of people. The comedian on YouTube always begins his videos with the amusing phrase “Mooshi, Mooshi Peeps,” which his followers believe to be quite endearing. His followers love his sense of humor, which is one of the main factors in his popularity.

On August 9, 2012, Kristopher London signed up for YouTube. Videos like “Banned iPhone 5s Promo,” “Kanye West Responds To Ray J’s “I Hit It First” Single,” and “Kim Kardashian Has Baby Girl + Baby Pictures” served as the catalyst for the entire thing. Following this came more humorous material like “TERIO DANCE IN PUBLIC” and “THINGS I HATE.” All of these videos quickly became massive hits.

Then London started posting other things, including his own personal life tales, difficulties, etc. These videos received positive reviews from the audience, much like his earlier ones. The comments from the viewers inspired the young YouTuber to start submitting videos practically daily. In addition to sharing his personal tales like “What Do My Tattoos Say,” “THE SIBLING TEST,” and “GET TO KNOW ME,” he also came up with more funny material like “How The World Will End” and “WHY I HATE THE DENTIST.”

London continued to publish a variety of content, and within a few years, he had achieved fame. His channel had over 1.4 million followers and around 167 million views as of March 2018. Thousands of people have also liked and shared London’s films. “GUESS THAT YOUTUBER CHALLENGE” and “STORYTIME – MOST EMBARRASSING HIGH SCHOOL STORY EVER” are two of his most recent videos to be uploaded. On London’s channel, viewers can also see videos linked to games. The “2HYPE QB FOOTBALL CHALLENGE” and “2HYPE KNOCKOUT BASKETBALL GAME” videos, among others, are quite entertaining to watch.

On April 3, 1993, in London, England, Kristopher London was given the name Kristopher Obaseki. Olivia is the name of his sister. The media is unaware of the specifics of his upbringing, parents, and love life. However, London’s personal YouTube vlogs provide additional insight into his private life.

One of the wealthiest and most well-known YouTube stars is Kristopher. According to our research, Kristopher London has a net worth of $5 million, as reported by Forbes, Wikipedia, and Business Insider.

In the past, Kristopher London and Timothy DeLaGhetto, a well-known YouTuber, worked together.

He works for Fullscreen, and they even included him in their Playlist Live Tour.