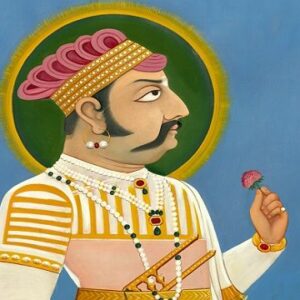 More Facts of Kumbha of Mewar

From 1433 to 1468, Kumbhakarna Singh, also known as Rana Kumbha, ruled Mewar in India. He was the son of Maharana Mokal Singh and a member of the Sisodia Rajput dynasty. In the 15th century, he was one of the most powerful kings on the Indian subcontinent. He battled heroically against the Muslim invaders and established Mewar as one of the major nations ruled by an Indian prince and not subject to foreign invasion. Chacha and Mera, his paternal uncles, killed his father, Maharana Mokal, causing political upheaval in Mewar surrounding the succession. The maharana’s assassins were forced to escape after receiving no help from the nobles. With the support of Ranmal (Ranamall) Rathore of Mandore, Rana Kumbha succeeded to the throne of Mewar. A few years in the past, Rana Kumbha faced invasions from the Sultan of Malwa, Mahmud Khilji, who had successfully taken Machhindargarh, Pangarh, and Chaumuha. Following fierce fights between the two formidable kings, Rana Kumbha vanquished Khilji and held him captive for several months. He significantly extended his holdings and successfully defended Mewar from its foes. Chittor’s Vijay Stambha is the most well-known of Rana Kumbha’s architectural masterpieces.

Rana Kumbha was born as Kumbhakarna Singh to Rana Mokal Singh of Mewar and Sobhagya Devi, daughter of Jaitmal Sankhla, the Parmara fief holder of Runkot in the Indian state of Marwar. Rana Kumbha was a member of the Rajput Sisodia clan.

His father was a renowned warrior, revered for his bravery and valor. He destroyed Nagaur, Gujarat, and repulsed the Delhi Sultan’s attack. However, Mokal Singh’s reign as Maharana of Mewar was cut short in 1433 when he was murdered by his paternal uncles Chacha and Mera.

Following the unexpected demise of the maharaja, the kingdom of Mewar descended into political instability. His murderers were unable to seize the throne on their own and were forced to depart the realm. Consequently, 13-year-old Kumbhakarna Singh assumed the throne as Rana Kumbha.

Rana Kumbha inherited his father’s heroism and courage, and despite his youth and the sad circumstances under which he became monarch, he went on to become one of Mewar’s finest rulers. During his early years as monarch, Ranmal (Ranamalla) Rathore of Mandore provided him with aid.

During the early years of Rana Kumbha’s rule, the Sultan of Malwa, Mahmud Khilji, amassed tremendous authority in western India. In November 1442, he successfully launched a series of operations against Mewar and captured Machhindargarh, Pangarh, and Chaumuha.

In April 1443, Rana Kumbha attacked Mahmud Khilji’s forces while they were encamped during the monsoon season. He was able to convince the sultan to temporarily flee to Mandu.

In November 1443, the sultan launched a second assault and seized Gagraun and the forts surrounding it. In the ferocious Battle of Mandalgarh and Banas, however, Rana Kumbha was able to defend Chittor and defeat the sultan. In order to celebrate the triumph, he erected the Vijay Stambha in Chittor.

A significant political event occurred in the 1450s. Firuz (Firoz) Khan, the ruler of Nagaur, died between 1453 and 1454, prompting a severe succession struggle between the deceased ruler’s son and brother. Shams Khan first sought the assistance of Rana Kumbha against his uncle Mujahid Khan, and with Rana’s assistance, he was able to ascend to the throne.

However, upon assuming power, Shams Khan requested the assistance of the Sultan of Gujarat, Qutbuddin, and refused to decrease his defenses. This enraged Kumbha, who next captured Nagaur, Kasili, Khandela, and Sakambhari.

Qutbuddin took Sirohi in response and assaulted Kumbhalmer. Then, he reached a deal with Mahmud Khilji to assault Mewar. While Qutbuddin captured Abu, his push towards Chittor was halted.

Rana Kumbha successfully defended his kingdom against this multidirectional assault by displaying great bravery. Qutbuddin passed away in 1458, and subsequent events supported Kumbha, who reclaimed his lost domains.

Rana Kumbha and Mahmud Khilji participated in the battles of Mandalgarh and Banas. Both at the fight of Mandalgarh and the battle of Banas, Kumbha beat Khilji. Khilji was so humiliated by these recurrent defeats that he refrained from attacking Kumbha for several years.

The Battle of Nagaur was another significant engagement waged by Rana Kumbha. It was fought between the Rajputs of Mewar and the Sultanate of Nagaur and was won by Kumbha, who afterward seized Nagaur.

The most notable of Rana Kumbha’s architectural creations is the Vijay Stambha (Victory Tower), which is located in the Chittorgarh fort in Chittor. The 9-story tower, completed in 1448, is one of the most spectacular structures in India.

Rana Kumbha had two sons, Udai Singh I and Raimal. His son Udai was a ruthless and too ambitious man.
In 1468, as Rana Kumbha was praying to Eklengji (Lord Siva), his son Udai Singh assassinated him and proclaimed himself the monarch.