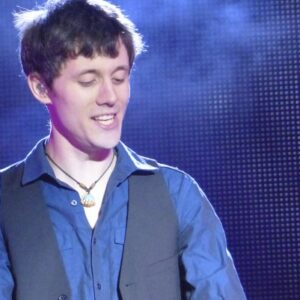 Kurt Hugo Schneider, who is only 30 years old, is already a well-known American director, producer, performer, and songwriter who is mainly active on YouTube. He works with a variety of artists, including Sam Tsui, with whom he grew up in Blue Bell, Pennsylvania. He is a self-taught musician and chess genius with a Yale University mathematics degree. While in college, his aptitude for science and liberal arts was recognized, and he was inducted into the prestigious ‘Phi Beta Kappa’. From his undergraduate days on, music was his first love, and it wasn’t long before he founded his own production company, ‘Noodle House Studios,’ in 2009. He relocated to Los Angeles in 2011 to pursue a career in music. His You Tube channel has over eight million users and is estimated to earn him roughly $ 2 million per year. There are many success stories on You Tube, but Schneider’s is unique. Schneider loves to be the one organizing the show from behind the scenes in an era when everyone wants to be first. In fact, he may be referred to as the new generation Rick Rubin because he is responsible for launching the careers of numerous emerging talents.

Schneider and Tsui have been inseparable throughout their school, college, and online music careers. Kurt’s first video on You Tube was a promotion for Yale’s closed-circuit television network. He directed and produced films of Tsui singing covers and medleys for their online musical series, ‘College Music.’ A video of a Michael Jackson medley was their biggest hit, and it’s still the 9th most viewed video on Schneider’s YouTube account, ‘KurtHugoSchneider,’ which he started in October 2007.

Through video editing, he perfected the ability of making a one-man a cappella choir, in which Tsui sings lead and many versions of himself add backing vocals. Their films went viral, and their fame grew to the point where they were invited to appear on national television shows such as ‘The Oprah Winfrey Show’ and ‘The Ellen DeGeneres Show.’ Britney Spears’ official website showed his video, ‘Hold It Against Me,’ with Tsui in the lead and him playing the piano.

Schneider and Tsui published their original debut album, ‘Make It Up,’ in May 2013. Apart from Tsui, he has worked with a variety of celebrities, including Christina Grimmie on a Miley Cyrus medley, Rebecca Black on a ‘Friday’ parody dubbed ‘Void Rays,’ and Justin Bieber on a cover of ‘Beauty and the Beat.’ In 2013, he did a large commercial with Coca-Cola called “The Sounds of AHH,” in which he is shown playing Coca-Cola bottles, cans, and glasses while generating music.

Schneider was born in Baltimore, Maryland, United States of America, on September 7, 1988. Kurt’s father, Michael Schneider, was a mathematician, and it’s likely that he received his aptitude for the subject from him. Laurie S Auth, his mother, was a visual artist and may be responsible for his musical proclivity. From his father’s side, he has a mix of German and Austrian ancestry.

His ancestors were all musicians. Carson Rose, his older sister, is a classical pianist. He was undoubtedly influenced by Sam Tsui, a fellow You Tuber with whom he grew up and attended Wissanhickon High School. Kurt succeeded in school and received the class Valedictorian award as well as the Magna Cum Laud award from Yale University in 2010. He was a member of his university’s chess team and has a USCF Elo rating of 2235, as well as the ability to play many games blindfolded. He’s been seen hanging out with Madilyn Bailey a lot. Their relationship, though, is said to be more of a professional one.

Kurt Hugo Schneider has a net worth of $4 million .