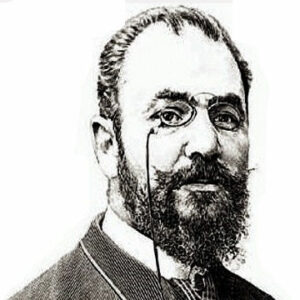 Bourgeois, Léon Victor Auguste, was a French statesman and Nobel laureate. He was an extraordinary man with a wide range of interests. Although he was originally a law student, he became interested in unusual subjects such as Hinduism and Sanskrit and took a keen interest in fine arts. While he began his career as a lawyer, he quickly transitioned to the civil service and eventually to politics. Although he began his political career as a member of the Radical Left and later became the leader of the Radical Socialist Party, he remained an enigma. He lacked personal ambition and declined to run for the presidency twice. Rather than that, his life’s mission was to advance education and establish the rule of law. He was equally concerned with world peace and worked tirelessly to see that conflicts and wars were abolished. He has been hailed as a co-founder of the League of Nations, which was established at the conclusion of World War I to bring about universal peace. Léon Bourgeois received the Nobel Peace Prize for his efforts in establishing this global organization.

On May 21, 1851, in Paris, Léon Victor Auguste Bourgeois was born. His father was a Jurassian and Burgundian clockmaker. He spent the majority of his childhood on the Rue Palatine, in an eighteenth-century townhouse.

He began his studies at Paris’s Massin Institute. He later transferred to Lycée Charlemagne, where he completed his secondary education. He was a diligent, reflective, and intelligent student. He also exhibited an uncommon capacity for leadership and a distinctive oratory style.

After completing his secondary education, he enlisted in the military between 1870 and 1871 and served in the artillery regiment during the Franco-Prussian War. He enrolled in the University of Paris’s Law School following the war.

Throughout this time period, Léon demonstrated an interest in a wide variety of subjects. He was not only a student of law, but also of Sanskrit and Hinduism. Additionally, he developed an interest in fine arts and acquired skills in music, sculpture, and drawing.

Career in the Beginning

Although Léon Bourgeois began his career as a lawyer, he changed careers after a few years and joined the civil service. In 1876, he was appointed deputy in the Public Works Department’s claims division.

In 1886, he was reassigned to the Ministry of the Interior as Director of Personnel. Bourgeois was appointed prefect of police in Seine in November 1887, which included Paris and its immediate suburbs. He aided in preventing a military coup by supporters of George Boulanger, who desired to launch a revanchist war against Germany, while in this position.

Léon Bourgeois entered politics on December 2, 1887, following President Jules Grevy’s resignation. In February 1888, he was elected to the Chamber of Deputies from the Mame department. He was thirty-six years old at the time.

His adversary was aided and abetted by the formidable George Boulanger. He joined the Radical Left in the Chamber of Deputies and established himself as an effective orator. He also attended the Radical-Socialist Party’s congress at some point in the past. Bourgeois was appointed Undersecretary for Home Affairs when Charles Thomas Floquet formed government on April 3, 1888.

However, when Floquet resigned on February 22, 1889 following his admission of involvement in the Panama Scandal, Bourgeois followed suit. He was then elected from Reims and appointed Minister of the Interior in Prime Minister Pierre Tirard’s cabinet on March 1, 1890.

However, due to Tirard’s resignation on March 17, 1890 over the Franco-Turkish commercial treaty, this post was also brief. Later that year, he was appointed Minister of Public Instruction and Fine Arts to Prime Minister Charles de Freycinet’s cabinet.

He implemented extensive reforms during his tenure as education minister, both in primary and secondary education. Additionally, he restructured universities by reorganizing faculties and expanding the scope of postgraduate education.

Leon Bourgeois was appointed Prime Minister of the French Republic on November 1, 1895. The overwhelming majority of his ministers were Radicals. The government implemented numerous programs, including the separation of church and state, the establishment of a retirement plan for workers, and the enactment of a general income tax.

However, such programs did not receive Senate approval. While the Bourgeois government relied on public opinion to pass such bills, the public remained apathetic. As a result, on April 29, 1896, the government collapsed.

Nonetheless, the incident had no adverse effect on his reputation. On June 28, 1898, when Henri Brisson formed a new ministry, Bourgeois was appointed minister of public instruction and fine arts. He organized primary education courses for adults in this capacity.

Bourgeois was appointed chairman of France’s delegation to the First Hague Peace Conference in 1899. He presided over the Third Commission at this conference, which dealt with international arbitration and contributed to the establishment of the Permanent Court of Arbitration.

Bourgeois was elected President of the Chamber of Deputies in 1902 and 1903. Simultaneously, he was elected leader of the Radical Socialist Party. He was appointed to the International Court of Justice in 1903, when it was founded in The Hague.

Bourgeois fell ill in 1904 and was forced to withdraw from public life for a year. Rather than that, he traveled through Italy, Spain, and the Near East. In 1905, he returned to public life and defeated Marme for a Senate seat. He served in that capacity until 1923.

In 1906, he was appointed Minister of Foreign Affairs in Ferdinand Sarrien’s government. In this capacity, he was successful in presenting his country’s position at the Algeciras international conference and was instrumental in the formulation of the 1906 agreement on Moroccan independence.

In 1907, he was appointed a delegate to the Hague Peace Conference. He served as Chairman of the First Commission on the Conciliatory Arbitration of Disputes in that capacity.

In 1918, following the conclusion of World War I, he was appointed head of an official commission charged with investigating various facets of the proposed League of Nations. He expressed his views in this capacity via a draft proposal.

He attended the Paris Peace Conference in 1919. He was a strong supporter of the Emperor of Japan’s proposal for racial equality at this conference. Later that year, he was appointed to the League of Nations Commission as France’s representative.

Léon Bourgeois was a 1920 Nobel Peace Prize laureate for his campaign to establish the League of Nations. Due to his failing health, he was unable to travel to Oslo and accept the prize personally.

Léon Victor Auguste Bourgeois suffered from a variety of ailments toward the end of his life and began to lose his vision. On September 29, 1925, he died of uremic poisoning at Château d’Oger, near Epérnay. He was seventy-four years old at the time.

The net worth of Leon is about $7million.