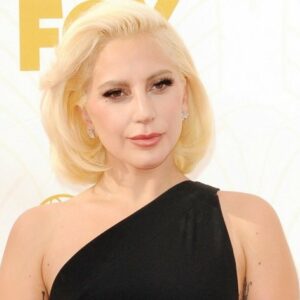 Despite the fact that the world is full of music stars today, Lady Gaga has proven that she is a cut above the rest. Aside from her chart-topping hits, the singer is also known for her outlandish demeanor. Her dress sense has become a source of inspiration for many young people all around the world. During her adolescence, Gaga chose to put her schooling on hold and follow a path that would lead her to her dream. Despite the fact that she fought for a break for the first couple of years, Gaga’s decision proved to be completely worthwhile. Her big break came in 2008 with the release of the album ‘The Fame,’ and since then, her celebrity has increased by leaps and bounds. ‘The Beatles,’ ‘Stevie Wonder,’ ‘Pink Floyd,’ ‘Led Zeppelin,’ and ‘Mariah Carey’ are just a few of the musicians who affected this woman’s decision to pursue a career in music. Her songs were not only chartbusters and party anthems, but they also earned her three Grammy awards, which is an extraordinary achievement in and of itself. Despite the fact that a small number of people around the world believe her songs promote Satanism, Gaga’s popularity has soared in recent years.

Gaga was born on March 28, 1986, in Manhattan, parents Joseph Anthony Germanotta Jr and Cynthia Louise. Her parents gave her the name Stefani Joanne Angelina Germanotta when she was born.
Stefani was admitted to the ‘Convent of the Sacred Heart,’ a Roman Catholic institution, when she was eleven years old. The girl was apparently a good student who excelled in both academics and extracurricular activities.
Her first encounter with music occurred when she was four years old and was introduced to the piano. Stefani had already written her first ballad for the piano when she was just thirteen years old.
After graduation, she went to the prestigious ‘New York University’s Tisch School for The Arts,’ which supported music by offering musical theatre training workshops. She, on the other hand, dropped out of school just a year after starting.

Stefani chose to try her luck in the music industry after taking a hiatus from college in 2005. She originally worked on an audio book project for kids with American hip-hop musician Melvin Grover.
In the same year, she founded a band called ‘SG Band,’ in which she collaborated with a few pals from ‘New York University,’ including Alex Beckmann and Eli Silvermann.
After performing at numerous nightclubs throughout the city, such as the ‘Mercury Lounge’ and ‘The Bitter End,’ the band began to make waves in New York. ‘SG Band’ gained a lot of followers as a result of their performances, and they soon caught the notice of a music producer named Joe Vulpis, with whom the band collaborated for a short time in 2005.
Wendy Starland, a musician, recognized the band’s skill in 2006. Around the same time, this man introduced Stefani to a song producer named Rob Fusari. Rob wanted to start a new band with a female lead vocalist.
She began traveling frequently between New York and New Jersey after that in order to record new songs she had composed for Fusari. Rob is said to have given her the name Gaga, which was inspired by the renowned song “Radio Ga Ga.”
The singer and producer even went into business together, forming a company called ‘Team Lovechild.’ They collaborated on some unique pieces of music, mostly in the Synthpop genre.
The songs were well-received by the music community, and Gaga was quickly approached by a slew of prospects. One of them was an offer from Def Jam Recordings, an American record label that wanted to try something new by releasing an album featuring this singer’s voice.
Unfortunately, Gaga’s connection with the record label came to an end after a short time, and she began working with Interscope Records in 2007. The young singer primarily worked as a lyricist and wrote a few songs for the label’s renowned performers. Britney Spears and ‘The Pussycat Dolls’ are two of these notable individuals.
In 2008, the track ‘Just Dance’ from the record label ‘RedOne’ offered Gaga a much-needed career break. The song went on to be well-received by reviewers and music fans alike. It was extremely popular in discotheques and nightclubs, allowing Gaga’s music dream to take flight.

‘The Fame Monster’ was released in 2009, and it was more of an extension of her previous album ‘The Fame.’ The album’s tracks went on to become chartbusters, particularly ‘Bad Romance,’ which dominated the radio and the internet.
Following the success of her previous projects, Gaga released her second official music album, ‘Born This Way,’ in 2011. In the same year, she performed in Madison Square Garden in New York City in a concert named ‘Monster Ball.’ The tour netted the singer over $220 million.
Gaga returned to South Korea in 2012 for the ‘Born This Way Ball,’ a musical tour. Gaga eventually went on to perform 110 gigs under this moniker, which helped her reach the pinnacle of her career.
Even though she was on the road for the ‘Born This Way Ball,’ this singer published her third album, ‘Artpop,’ in 2013, which sold about 2,60,000 copies at the time of its release. ‘Do What U Want’ and ‘Applause’ were two of the album’s most popular songs.
After her third album, the vocalist tried her hand at jazz and even collaborated with Tony Bennett, an American singer. ‘Cheek to Cheek,’ a 2014 album, was the outcome.
According to reports, the celebrity singer’s second album will be released in 2015.

‘Poker Face,’ from Gaga’s debut album ‘The Fame,’ was the track that established her a household fame, despite her first single being quite a head-turner. According to reports, the song has sold approximately 10 million copies globally. It also took home the renowned ‘Grammy’ award, as well as a few other honors.

During Lady Gaga’s time of hardship, music producer Rob Fusari allegedly claimed that he and Lady Gaga were dating. It’s also speculated that the two parted ways in 2007. Later, there were rumors regarding her relationship with the drummer of a metal band.
Gaga’s addiction to drugs and alcohol throughout the early stages of her career was a source of concern for her father.
Gaga was one of the 25 musicians who took part in the ‘We Are the World 25’ effort to collect money for the victims of Haiti’s 2010 earthquake.
In 2012, she founded the ‘Born This Way Foundation’ to assist mold the personalities and professions of young people.
The singer also uses her platform to campaign for the rights of members of the ‘LGBT Community,’ and has emerged as a warrior for such people.

Lady Gaga’s net worth is around $320 million.