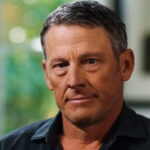 Lance Armstrong is a former professional road racing cyclist from the United States who was disgraced after a drug controversy. He was formerly regarded as one of the most prominent and influential athletes of the twenty-first century, having won the Classico San Sebastian for the first time and being listed as the world’s No. 1 cyclist in 1996. He was diagnosed with potentially fatal metastatic testicular cancer at the height of his career and battled the disease against all odds to survive. After his cancer scare, he returned to cycling and went on to earn even more glory. Armstrong made his impact in the sports world by winning seven Tour de France wins in a row from 1999 to 2005. He achieved a lot during his illustrious cycling career before retiring at the end of the 2005 Tour de France. A few years later, he returned to competitive cycling, finishing third in the 2009 Tour de France. His image went south in 2012 after the US Anti-Doping Agency charged him with using performance-enhancing chemicals. He was considered a hero at the time of his retirement for his cycling successes and valiant battle against cancer. His seven Tour de France championships were removed from him, and he is currently barred from racing in any cycling events, including the Olympics.

Lance Edward Gunderson, son of Linda Gayle and Eddie Charles Gunderson, was born on September 18, 1971. Lance’s parents divorced when he was two years old, and his mother remarried Terry Keith Armstrong, a wholesale merchant, in 1974.
He became interested in sports at a young age and excelled in both swimming and cycling. He competed in triathlons and swimming events as a teenager, and at the age of 16, he became a professional triathlete.

Lance Armstrong joined the Motorola Cycling Team in 1992 and became a professional cyclist. In 1993, he won ten one-day and stage races, but his finest achievement was winning the World Road Race Championship in Norway.
Over the next few years, he achieved remarkable success, winning the Thrift Drug Classic in 1994, the Clásica de San Sebastián in 1995, and the Tour DuPont in 1995 and 1996, among other races. He won the La Flèche Wallonne for the first time in 1996 and finished 6th in the time trial at the 1996 Olympic Games.
The young athlete was diagnosed with severe testicular cancer in 1996. In 1997, he was confirmed cancer-free after lengthy treatment. He returned to his first love, cycling, and finished fourth in the Vuelta a Espana in 1998.
Lance Armstrong became the second American to win the Tour de France, cycling’s most renowned competition, in July 1999. During this race, he was accused of using drugs for the first time. He denied the accusations and went on to win six more Tour de Frances until retiring in 2005.
‘It’s Not About the Bike: My Journey Back to Life,’ his autobiography, was published in 2000. From his childhood until the 1999 Tour de France and the birth of his first kid, the book chronicles his life. In 2003, a sequel called ‘Every Second Counts’ was launched.
Armstrong took a break from racing in 2005, but returned in 2009 to finish third in the Tour de France. In 2011, he took a second retirement.

Since winning the Tour de France in 1999, Lance Armstrong has been accused of doping. He denied the claims for numerous years.
Armstrong was accused with taking performance-enhancing chemicals by the US Anti-Doping Agency in June 2012, based on blood tests from 2009 to 2010. Armstrong did not defend the charges and was barred from competing in any sport that follows the World Anti-Doping Agency code for the rest of his life. After years of angrily denying the allegations, he ultimately conceded that some of them were real in 2013, during a broadcast interview with Oprah Winfrey. He was once a famous hero, but after 1998, he was stripped of all of his accomplishments, including his seven Tour de France wins. In 2013, the International Olympic Committee deprived him of his Olympic Bronze Medal, which he won at the 2000 Sydney Games.

Armstrong launched the Lance Armstrong Foundation in 1997 to help those impacted by cancer after defeating a potentially lethal form of the disease. More than $325 million has been raised for cancer research by the foundation.
In 2004, he launched the ‘LiveStrong’ brand and store, which collected a significant amount of money for his cancer organization.
In 2007, he co-founded Athletes for Hope with notable athletes like Andre Agassi, Muhammad Ali, Warrick Dunn, Jeff Gordon, Mia Hamm, and Tony Hawk. The group strives to motivate non-athletes to volunteer and serve the community by assisting professional athletes in becoming involved in humanitarian initiatives.

Lance Armstrong was diagnosed with testicular cancer in 1996, and the disease had spread to his brain, lungs, and abdomen. With only a 40% chance of surviving, he sought the advice of oncologists and began a rigorous treatment regimen. In 1997, he was confirmed cancer-free.
He married Kristin Richard in 1998. After that, the couple had three children. Armstrong had saved his sperm before undergoing cancer surgery and treatment, allowing for these pregnancies. In 2003, he divorced Kristin.
For a few years, he was in a relationship with singer Sheryl Crow, and they were even engaged for a while. In 2006, the couple divorced. In 2008, he began dating Anna Hansen. Armstrong was thought to be unable to father children as a result of his cancer treatment, yet the couple went on to produce two spontaneously conceived children.