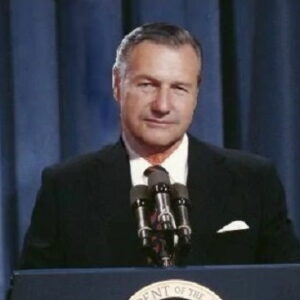 Laurance Rockefeller was a renowned environmentalist, businessman, venture investor, and philanthropist in the United States. Laurance Rockefeller was born into the rich American Rockefeller family, the third of John Rockefeller’s five sons and an heir to his grandfather’s huge Standard Oil empire. Laurance studied law for two years at Harvard Law School after graduating with a degree in philosophy from Princeton University. However, he lost interest in becoming a lawyer after two years. Following that, he became active in his family’s business and eventually inherited his grandfather’s New York Stock Exchange chair. He joined the Rockefeller Brothers Fund as a founding trustee in 1940 and later served in the US Navy during WWII. He went into venture capitalism after the war and became a well-known financier, investing in a variety of industries including aviation, resort hotels, electronics, transportation, nuclear equipment, communication, and computers. He was a lifelong conservationist who successfully matched his financial interests with a passion to environmental causes. He was hailed as a pioneer in the field of venture capital. He was a philanthropist who generously contributed to the establishment of important healthcare facilities and educational institutions, and he got many honors for his work. He was a prominent player in the American conservation movement for three decades.

Laurance Spelman Rockefeller was born in New York on May 26, 1910, to successful financier John D. Rockefeller Jr. and his first wife, Abby Greene Aldrich, a New York socialite. He was the fourth of six children born into one of the country’s most prosperous households.

Laurance attended the elite Princeton University after completing his early education at the pioneering Lincoln School. He earned a Bachelor of Arts degree in philosophy in 1932 and then studied law at Harvard Law School for a few years before deciding not to practice law.

Laurance Rockefeller started working in the family office in Rockefeller Center in 1935 and went on to have a number of successful careers throughout his life. He knew about different Rockefeller humanitarian efforts, conservation programs, and economic interests while he was in office.

Laurance inherited his grandfather’s seat on the New York Stock Exchange when he died in 1937. He was one of the founders of Eastern Airlines the following year, which went on to become one of the most profitable airlines after WWII.

He was commissioned in the US Navy during WWII and served from 1942 to 1945, rising to the rank of lieutenant commander. Laurance entered the world of venture capitalism after returning from his military service.

He then founded a venture capital firm and invested in a number of start-up companies that concentrated on scientific and technological developments. Laurance established himself as a venture investor by investing in a variety of businesses, including aircraft, electronics, lasers, computer processing, instrumentation, and nuclear power.

Laurance remained committed to his love for environmental conservation throughout his various business undertakings. President Dwight D. Eisenhower named him head of the Outdoor Recreation Resources Review Commission in 1958. (ORRRC).

He was named vice chairman of the New York State Council of Parks in 1960.

He served as president of the Palisades Interstate Park Commission (PIPC) from 1970 to 1977 and as a commissioner until 1978.

Laurance was instrumental in the creation and extension of several national parks, notably Vermont’s Rockefeller National Historical Park. He was a trustee of the New York Zoological Society from 1935 until 1986, serving as its president and chairman.

Laurance Rockefeller is most recognized for his work in conservation and putting the issue of conservationism on the public front as one of America’s prominent environmentalists. He was the head of the Outdoor Recreation Resources Review Commission and later formed the American Conservation Association, a private company that invests in environmental conservation projects.

Laurance Rockefeller served on the board of directors of many non-profit and philanthropic organizations, including the Alfred P. Sloan Foundation, which was established in 1960. He contributed to the development of Memorial Sloan-Kettering Cancer Center in New York City, as well as educational institution modernization.

For his outstanding contributions to humanity, he received the Gold Medal from the National Institute of Social Sciences in 1959.

In 1971, he was made an honorary Commander of the British Empire’s Most Excellent Order.

Laurance Rockefeller was awarded the Congressional Gold Medal in 1991.

Laurance was named the first honorary citizen of the British Virgin Islands in 2003 for his numerous services to the territory.

Laurance Rockefeller died in his sleep on July 11, 2004, at the age of 94, at his residence in New York, owing to pulmonary fibrosis. He was buried in the Rockefeller Family Cemetery in Sleepy Hollow, Westchester County, New York, with his wife.

The estimated net worth of Laurance Rockefeller is unknown.