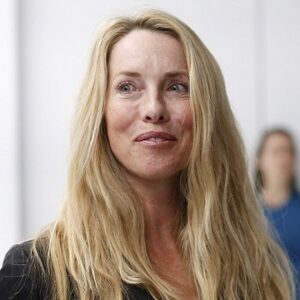 Laurene Powell Jobs is an American businesswoman who created Emerson Collective, a non-profit that fights for education and immigration reform, environmental conservation, and social justice legislation. Terravera, a natural foods firm, is also co-founded by her. She is also recognized as the widow of Steve Jobs, the computing whiz and co-founder of Apple. She is also the co-founder of College Track, a nonprofit organization that provides comprehensive assistance to disadvantaged high school students who lack resources but have the desire to pursue higher education. Her involvement in all of these corporate and charity endeavors has made her not just one of today’s most successful businesswomen, but also a major socialite. Despite her wealthy status, this American celebrity is recognized for her warm heart and down-to-earth manner. She and her three children currently reside in Palo Alto. She is a well-known international figure who has won the hearts of millions of people not only because she is a huge name in the world of entrepreneurs, but also because of her humanitarian activities.

Laurene Powell Jobs began her career as a Merrill Lynch Asset Management employee. She also spent three years at Goldman Sachs as a fixed income trading specialist. She co-founded Terravera, a natural foods company that was eventually sold to Northern California merchants. She was a member of the board of directors at ‘Achieva,’ a company that uses online technologies to assist pupils do better on standardized tests. Aside from that, Laurene Powell Jobs has made a significant contribution to the lives of millions of pupils. She founded ‘College Track,’ a nonprofit organization that assists disadvantaged kids in completing their education, with the support of a fellow entrepreneur, Carlos Watson. ‘Emerson Collective’ was also created by the ambitious and altruistic lady. She also sits on the advisory board of ‘Udacity,’ a startup that provides students with low-cost education.

In addition to her corporate duties, Laurene Powell Jobs is associated with a number of non-profit organizations. She is a Director of the Investment Arm of the NewSchools Venture Fund. She is a member of the Teach for America Board of Directors, as well as a volunteer with Stand for Children and Conservation International. Laurene also serves on the advisory boards of CleanFish, Inc., the University of Pennsylvania’s Center for Community Partnerships, and the Council on Foreign Relations. She is also a board member of the New America Foundation, the Global Fund for Women, EdVoice, KQED (PBS), and ODC San Francisco.

In the year 2014, Forbes listed Powell Jobs as the world’s 29th most powerful woman. The American businesswoman is the richest woman in the technological field, according to the same report. Aside from these accomplishments, Barack Obama recognized Powell Jobs by naming her to the White House Council on Community Solutions.

Laurene Powell Jobs was born in the town of West Milford in the state of New Jersey. She met Steve Jobs in 1989 at Stanford Business School, when she was a new MBA student, during his presentation. They hit it off right away and ended up having dinner together later that night. They married at the Ahwahnee Hotel on March 18, 1991. Laurene gave birth to their son Reed in September 1991, followed by daughters Erin and Eve in 1995 and 1998, respectively. Laurene acquired Steve Jobs’ Steven P. Jobs Trust when he died of pancreatic cancer in 2011. At the time, this trust, now known as the Laurene Powell Jobs Trust, was valued nearly $7 billion.

Laurene Powell Jobs’s net worth is about $18.1 billion.