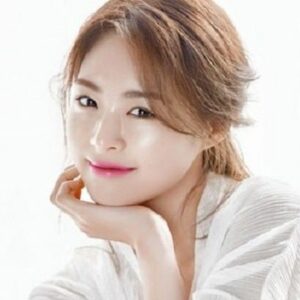 Lee Yeon-hee is an actress from South Korea. Additionally, she is a singer and a model. She is well-known for embarking on an acting and modeling career at an early age. She is particularly well-known for her adorable appearance and meticulous acting. ‘Detective K: Secret Of The Lost Island’, ‘A Millionaire’s First Love’, ‘Hello, Schoolgirl’, and ‘M’ are among her popular films. Additionally, she has appeared in a number of television series. ‘East of Eden’, ‘Miss Korea’, ‘Reunited Worlds’, ‘Splendid Politics’, and ‘Emperor of the Sea’ are just a few examples. She has appeared in a number of music videos, including ‘Timeless,’ ‘Condition of My Heart,’ ‘The Left Shore Of Happiness,’ ‘Wizard Of Oz,’ and ‘Pine Tree.’ Additionally, she has contributed vocals to a song. She has been nominated for and won numerous awards. Since 2001, she has worked in the industry.

Lee Yeon-hee was born in Haenam County, South Korea, on 9th January 1988. She spent the majority of her childhood in the South Korean town of Bundang, Seongnam, Gyeonggi Do. When she was younger, she took intensive singing, acting, and modeling lessons and signed a contract with SM Entertainment.

As soon as she signed a contract with SM Entertainment, she immediately began training and began appearing in music videos. She made her debut in 2001 with Moon Hee Joon’s ‘Alone’. In the same year, she appeared in Moon Hee Joon, Oh Sang Eun, and Kangta’s music videos ‘Our Story’ and ‘Thanks God.

She continued to appear in music videos until 2004. Among them were Fly To The Sky’s ‘Condition of My Heart’, Shinhwa’s ‘Hero’, Kangta’s ‘Memories’, ‘Pine Tree’, and ‘Propose’, as well as TVXQ’s ‘My Little Princess’ and ‘The Way You Are’ videos. In 2004, she made her television debut in the television drama series ‘Emperor of the Sea’ as a young Jung Hwa.

She continued to appear in minor roles in television series such as ‘My Lovely Family’ and ‘Resurrection’ until she landed a major role in 2006. She was cast in the MBC series ‘One Fine Day’ as the lead. Later that year, she made her feature film debut in ‘A Millionaire’s First Love’. She was cast alongside Hyun Bin in the romantic comedy.

In 2007, she starred in two films, ‘M’ and ‘My Love’. In the 2008 television series ‘East of Eden,’ she portrayed Gook Young ran/Grace. She appeared in films such as ‘U Turn’ and ‘Hello, Schoolgirl’ that same year. She had previously appeared in a slew of music videos. Among them were Zhang Liyin’s ‘Timeless’, ‘The Left Shore Of Happiness’, and ‘M Net Love Song’.

Lee had a relatively low point in her career between 2009 and 2010, when she did not have a single film or television series to her credit. In those two years, she appeared in only two music videos: Zlazziquai’s ‘Wizard of OZ’ and S. M. Ballad’s ‘Miss You’.

She returned to the acting industry with a bang in 2011, when she was cast in the SBS series ‘Paradise Ranch’. In the same year, she returned to the big screen with the film ‘My Way.’ She co-starred in the mystery crime thriller television series ‘Phantom’ alongside So Ji Sub.

Lee starred in the martial arts historical drama series ‘Gu Family Book’ as a supporting character. She was cast in the South Korean television series ‘Miss Korea’ as the lead. She was also cast in the 2013 film ‘Marriage Blue’ as So Mi, a nail artist.

Lee Yeon-notable hee’s works include television series such as ‘East of Eden,’ ‘Phantom,’ and ‘Miss Korea,’ as well as films such as ‘A Millionaire’s First Love,’ ‘M,’ and ‘Detective K: Secret of the Lost Island.’

She was named Best New Actress at the 5th Max Movie Awards and the 31st Golden Cinematography Awards in 2008 for her performance in ‘M.’

At the MBC Drama Awards, she won the Best Couple Award alongside Song Seung-heon, the Popularity Award, the Actress Award, and the Best New Actress Award for her role in ‘East of Eden’. She also won the 45th Baeksang Arts

Awards for Best New Actress (TV) for the same role. She was honored with the Popularity Award at the 2015 Korean Film Actors’ Guild Awards for her performance in ‘Detective K: Secret of the Lost Island.’

Apart from these, she was the 2012 Fashionista Award winner at the 7th Asia Model Festival Awards and the Grand Prize winner at the 2nd SM Best Youth Contest in 2001.

Lee is a dependable woman and an excellent co-actor, according to her co-star Yeo Jin Goo. He claims that they discuss everything and that he can rely on her on set or elsewhere.

Lee stated that her friends believed her role in ‘Into the New World’ suited her well and that all of her female friends were jealous of her pairing with co-star Yeo Jin Goo. She admitted that if she hadn’t achieved success as an actress, she would have joined Girls’ Generation because she had trained alongside the group’s members.

Her interests include film watching, reading, singing, and listening to music. Additionally, she enjoys swimming.

Lee performed the ninth track from Super Junior’s ‘Sorry’ album. ‘Club No. 1’ was the song’s title.