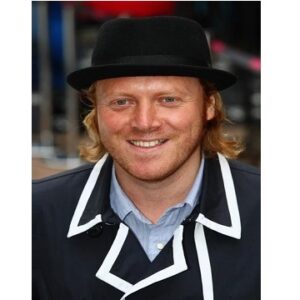 Leigh Francis is a stand-up comedian, actor, producer, director, writer, and voice artist who has performed all over the world. He is best known for creating Channel 4’s blockbuster show ‘Bo’ Selecta!’ and portraying Keith Lemon in a variety of series such as ‘Whatever I Want,’ ‘Keith Lemon’s LemonAid,’ ‘Lemon La Vida Loca,’ ‘The Keith Lemon Sketch Show,’ and ‘The Keith & Paddy Picture Show,’ to mention a few. Francis is now starring as Keith in the films ‘Through the Keyhole’ and ‘Celebrity Juice.’ The comic has also appeared in the series ‘The Buzz,’ ‘The Frank Skinner Show,’ and ‘Loose Women.’ All of Francis’ endeavors have propelled him to new heights of renown. He is now not only adored by a large number of people, but he also has a large number of famous fans. On Twitter, the English comedian has a sizable following. Leigh Francis has about 3.15 million Instagram followers as of July 2017. Francis received a BAFTA Television Award in 2016 for ‘Celebrity Juice,’ among his other accomplishments.

Leigh Francis got his start on the TV show ‘Dom and Kirk’s Nite O’ Plenty’ from Paramount. On Channel 4’s ‘Popworld,’ he played Barry Gibson, his second television role. Francis also appeared in the ‘Stars in Their Houses’ series of short films. In 1998, he had an appearance on the television show ‘The Buzz.’

In 2002, he had a significant television breakthrough when Channel 4 invited him to produce a show based on his TV characters. ‘Bo’ Selecta!’ was born as a result of Francis’ agreement. Following that, the comic made an appearance on ‘The Frank Skinner Show.’

The comedian and actor then created a new show called ‘Celebrity Juice,’ which once again included Keith Lemon. This show has aired multiple successful seasons and is still going strong. Francis then participated in the series ‘Loose Women’ in 2009.

He went on to host ‘Keith Lemon’s LemonAid’ and ‘Take Me Out: Celebrity Special’ three years later. He debuted his new show, ‘Lemon La Vida Loca,’ in 2012. This show lasted nearly a year. Following that, he created ‘Through the Keyhole,’ which is still running today.

The English comedian then participated in the show ‘The Keith Lemon Sketch Show’ from 2015 to 2016. In 2017, a new show called ‘The Keith & Paddy Picture Show’ was launched.

Leigh’s Personal Life Francis was born in Beeston, Leeds, West Yorkshire, England, on April 30, 1973. He was brought up on a council estate in Leeds. Farnley Park High School was Francis’s alma mater (today known as The Farnley Academy).

He subsequently went on to Leeds College of Art, where he got a graphic design degree. Jill Carter, the comedian’s wife, was married to him in 2002.

A baby daughter was born to them seven years later. This child was given the name ‘Matilda’ by the parents. The comedian and his family currently reside in North London.

Leigh Francis has a net worth of $10 million dollars as a British comedian and actor. While still in school, he began performing stand-up comedy, which drew the notice of television host Davina McCall.