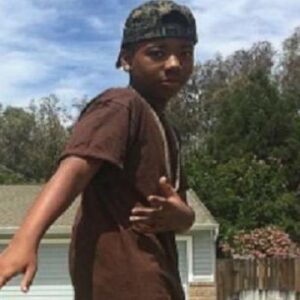 In the 13th season of “So You Think You Can Dance,” also known as “So You Think You Can Dance: Next Generation,” American hip-hop dancer Leon “Kida” Burns took home the title of America’s Favorite Dancer. He is well known for his several stage aliases, including Lil Kida and Kida the Great. Burns, a native of California, learned to dance by seeing his dancer father perform. He started dancing at a young age and had his first training from his older brother. He created a Vine account and started posting six-second videos of his performances. He quickly developed a devoted following. His Instagram success has been comparable. On the platform, he has more than 1.7 million followers. Burns won “So You Think You Can Dance: Next Generation” in 2016 and became the winner. He also shared the stage with Usher at the 2016 BET Awards that year.

The Epic Ascent to Fame

When Leon Burns was four years old, he began dancing. He won the Sacramento Music Festival’s Best Kid Dancer award in 2009. He won the award of Best Kid Dancer at the Sacramento State Fair a year later.
On the short-form video hosting service Vine, he started his path to fame and money. His hip-hop dancing performances, which lasted six seconds, quickly made him well-known. He and his father used to watch the movies “Breakin” and “Step Up” together when he was younger. Later, he acknowledged that the movies had a big impact on him.

Music stars like Ludacris and Tyrese uploaded the video of Burns performing with The Art of Teknique group in 2010 when it became popular. After this, he was even asked to perform on Ellen DeGeneres’ show.
His first appearance on a fictitious television program came as a result of his online fame in 2012 on the Fox drama series “Touch,” starring Kiefer Sutherland. Additionally, he played a minor role in the musical drama “Battlefield America” in 2012. He garnered widespread acclaim in September 2014 for a trending video in which he was seen competing in a dancing competition. His appearances on “The Queen Latifah Show” and “The Rachel Ray Show” were made possible by his win for the Most Inspirational Dancer award.

The creators of Fox’s dance reality program “So You Think You Can Dance” took notice of Burns’ steadily increasing popularity. The 13th season was supposed to focus on dancers under the age of 18. All three judges gave Burns standing ovations for his audition, and he ultimately won the competition. He won the $250,000 main prize and the title of “America’s Favorite Dancer” for 2016. Burns also appeared in the video short “Sing It Out” that same year. Since winning “So You Think You Can Dance: Next Generation,” he has been quite active and is currently working on a number of dance and choreography projects.

Leon Akida Burns and Tanisha Burns, née Hunter, welcomed him into the world on April 8, 2002, in Sacramento, California, in the United States. Shaheem Sanchez and Savannah are among his six sisters and two brothers. Everyone in his family enjoys dancing. His father himself was a trained dancer. Leon Burns Sr. passed away in 2014 as a result of H1N1 flu complications.

Shaheem Sanchez, a talented dancer in his own right, lost his hearing at the age of four due to damaged inner ear nerves. He uploads recordings of his performances to his own YouTube account. Burns first learned how to dance hip-hop from Sanchez, who also introduced him to the dance’s rich history as well as taught him the precise moves.

The estimated net worth of  Leon Burns is about $1 million.