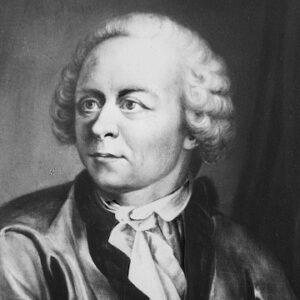 The enormous contributions Leonhard Euler made to the discipline of pure mathematics are what make him one of the greatest mathematicians of all time. Leonhard Euler was a Swiss mathematician and physicist who lived in the 18th century. This renowned mathematician, whose studies also covered the subjects of mechanics, fluid dynamics, optics, and astronomy, is credited with developing many of the notions of modern mathematics. At a young age, when his father taught him the subject, Euler became interested in mathematics. Lucky for Leonhard, his father was friends with Johann Bernoulli, the most prominent mathematician in Europe at the time, and Bernoulli had a huge impact on the young Leonhard. Bernoulli encouraged his buddy to allow the youngster to pursue mathematics despite Euler’s father’s desire to train him for a career in theology. Euler published a number of textbooks and memoirs during the course of his professional career, and in these works, he introduced numerous ideas, particularly in the field of mathematical analysis. Mathematician with a large body of work, he has written on algebra, geometry, calculus, trigonometry, and number theory, among other topics. Euler-Mascheroni Constant, also known as “Euler’s constant,” and Euler’s Number, which is used in calculus, are both numbers that bear his name. His output never slowed despite the fact that he had declining eyesight that had virtually made him blind.

Paul Euler and Marguerite Brucker welcomed their first child, Leonhard Euler, into the world on April 15, 1707 in Basel, Switzerland. Euler was reared in a religious environment because his mother was the daughter of a preacher and his father was a Reformed Church pastor. His sisters number two.
When the little boy was taught mathematics by his father, a lifelong love of the subject was sparked. Johann Bernoulli, a well-known mathematician who had a big impact on Leonhard, and his father were friends.
He enrolled at the University of Basel, where in 1723 he earned his Master of Philosophy. Leonhard Euler started learning Greek and Hebrew because his father wanted him to be a priest. He quickly recognized, however, that he was not interested in theology and that he preferred to study mathematics.

Career From 1727 until 1730, Leonhard Euler lived in Russia and worked as a medical lieutenant in the Russian naval. Daniel Bernoulli, Johann Bernoulli’s son, resided in Russia, where Euler stayed.
In 1730, he was appointed physics professor at the St. Petersburg Academy of Sciences. In 1733, Euler was promoted to the senior chair at the mathematics department after Daniel resigned from his position.
He was a prolific writer who produced a ton of books and articles. In the mathematical analysis of his textbook “Mechanica,” which was published in 1736–1737, he provided Newtonian dynamics.

He further refined the idea of function in mathematical analysis in his other textbook, “Introductio in analysin infinitorum,” which was published in 1748. His contributions to the fields of modern analytic geometry and trigonometry were enormous.

He focused on establishing a theory of lunar motion that took into account the interactions between the Sun, Moon, and Earth in addition to mathematics and astronomy. He was only able to come up with a partial solution, which was printed in 1753.
He authored two calculus textbooks: “Institutiones calculi differentialis” in 1755 and “Institutiones calculi integralis” in the years 1768–1770. Due to the inclusion of integration and differentiation formulas, these writings served as the foundation for modern calculus.
In his “Lettres an une princesse d’Allemagne,” which was published between 1768 and 1772, he outlined the fundamental concepts of mechanics, optics, acoustics, and astronomy.
He established various hypotheses put out by the mathematician Fermat, including Fermat’s small theorem and Fermat’s theorem on sums of two squares, as well as Newton’s identities.
He worked on Fermat’s small theorem and came up with the Euler’s theorem, which is essentially a generalized version of Fermat’s little theorem, employing his own discoveries and functions he had created.

His contributions were crucial to the creation of the Euler-Bernoulli beam equation, which is now regarded as a fundamental concept in engineering. He gained a lot of popularity for applying his scientific discoveries to actual concerns.
Through his various publications and essays, he established a number of notational conventions in mathematics. Most significantly, he introduced the idea of a function and was the first to write the letter f. (x).
He is also credited for developing the contemporary notation for the trigonometric function as well as the letter “e” for the base of the natural logarithm.

One of the best mathematicians to have ever lived on the planet is Euler. He was the only mathematician to have two numbers called after him: the Euler-Mascheroni constant (gamma), which is roughly equal to 0.57721, and Euler’s Number in calculus, which is approximately equal to 2.71828. He made enormous contributions to the area of mathematics.

He contributed to the creation of the widely used Euler-Bernoulli beam equation in mechanical and civil engineering.
Several notational conventions were developed by Euler. He was the first to use the symbols f(x), e, and the Greek letter to represent the function, summations, and the base of the natural logarithm, respectively.

Recognition & Achievements
In 1727, he entered the Paris Academy Prize Problem competition for the first time and came in second. He took part in this competition several more times, and over the course of his life, he was awarded the prize twelve times.

In 1734, painter’s daughter Katharina Gsell and Leonhard Euler were united in marriage. Only five of the couple’s 13 children made it past infancy.
His eyesight significantly worsened as a result of an almost fatal fever he had in 1735; he nearly lost vision in one eye. His vision grew worse with time, and he spent his final years completely blind.
At the age of 76, he passed away in St. Petersburg on September 18, 1783.

One of the wealthiest and most well-known mathematicians is Leonhard. According to our research, Leonhard Euler has a net worth of $5 million, as reported by Forbes, Wikipedia, and Business Insider.