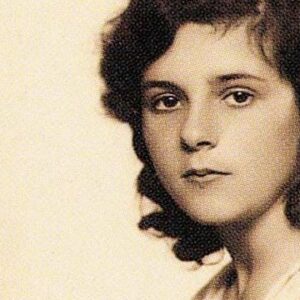 Leonora Carrington was a Mexican painter and artist who was born in England. She was a well-known novelist as well. During the Surrealist movement of the 1930s, she became a significant personality. Her cryptic, autobiographical, and dreamy paintings, which feature themes of sorcery, alchemy, the occult, and metamorphosis, are noted for their fascinating quality. ‘Self-Portrait (Inn of the Dawn Horse)’ (1936–1937), ‘The Meal of Lord Candlestick’ (1938), ‘The Temptation of St. Anthony’ (1947), and ‘Juggler’ are some of her significant paintings (1954). Her surrealist talent was visible not only in her paintings, but also in her prolific writings such as ‘The House of Fear,’ ‘The Oval Lady,’ and ‘The Debutante.’ ‘Down Below,’ ‘The Seventh Horse and Other Tales,’ ‘The Stone Door,’ and ‘The Hearing Trumpet’ are some of her other well-known works. She remained a founding member of the ‘Women’s Liberation Movement’ in Mexico. In 2005, her artwork ‘Juggler’ set a record for a live surrealist painter when it sold for $713,000.

She was born on April 6, 1917, in Clayton Green, Lancashire, England, to Harold Carrington and Maurie Moorhead Carrington, as the only daughter of four children in a Roman Catholic household. Her father was a well-to-do textile magnate.

She grew up on the family estate, Crookhey Hall, where she was surrounded by animals, particularly horses. Her Irish mother and Irish nanny Mary Cavanaugh would tell her Celtic mythology and folktales. Many of these would subsequently be included in her works.

She was a rebellious youngster who was tutored by nuns, governesses, and tutors. Her family enrolled her at ‘Mrs. Penrose’s Academy of Art’ in Florence after she was expelled from two schools. Her study of paintings began there, and she had the opportunity to tour some of the world’s top art institutions during that time.

In 1927, she was introduced to Surrealist artworks in a gallery on Paris’s Left Bank, where she also met Pablo Picasso, André Breton, Salvador Dali, and Yves Tanguy.
Her mother encouraged her to pursue a career in art, but her father was opposed, and she was eventually forced to relocate to London, where she enrolled in the ‘Chelsea School of Art’ in 1935.

She transferred to ‘Ozenfant Academy’ after a year, with the help of her father’s friend Serge Chermayeff, and stayed there until 1938.

‘Surrealism,’ a book by Herbert, gave her a deeper understanding of the subject. She was captivated by the work of Max Ernst, a German surrealist painter, graphic designer, poet, and sculptor, at the ‘International Surrealist Exhibition’ in London in 1936.

‘Self-Portrait: The Inn of the Dawn Horse’ (1936-37), one of her early Surrealist pieces, features hyenas and horses, which dominated many of her later works.

She initially met Max Ernst in 1937, when she was 20 years old, and they quickly became romantically linked. Her father disowned her since he couldn’t accept the connection. Ernst and Carrington moved to Paris, and after splitting up with his wife, Ernst and Carrington lived in Saint Martin d’Ardèche in 1938.

She attended the ‘Exposition Internationale du Surréalisme’ in Paris in 1938, as well as a Surrealism show in Amsterdam.
Carrington and Ernst admired and supported one other’s work. ‘The Horses of Lord Candlestick’ (1938), ‘The Meal of Lord Candlestick’ (1938), ‘The Inn of the Dawn Horse’ (Self-Portrait) in 1939, and ‘Portrait of Max Ernst’ (1939) are among her works from this period (1939).

Surrealism was visible in her prolific writings during this time, including ‘The House of Fear’ (1938), ‘The Oval Lady’ (1938), and ‘The Debutante,’ which was first published in 1940.
The French authorities detained Ernst at the start of WWII, but he has released after a few weeks thanks to the intervention of several friends, including Paul Eluard and Varian Fry.

When the Nazis conquered France, the ‘Gestapo’ captured Ernst again, but with the help of Peggy Guggenheim, he was able to flee to America, leaving Carrington behind.

Following Ernst’s imprisonment, Carrington became depressed and fled to Spain, where she had a nervous breakdown at the British Embassy in Madrid. Her parents had to place her in a mental institute in Santander, and once she was discharged and transported to Lisbon, she fled again, seeking refuge at the Mexican Embassy.

In 1941, she married Renato Leduc, a Mexican official, for the purpose of gaining passage to New York. She maintained her artistic endeavors in New York for almost a year before returning to Mexico. Following her divorce from Leduc, she became a Mexican citizen and made her permanent home there.

Her hysterical experience in the asylum was chronicled in the novel ‘Down Below’ (1944). ‘Portrait of Dr. Morales’ (1940) and ‘Map of Down Below’ (1943) are two of her paintings that depict this tragedy.

Edward James, a Surrealist poet, and patron bought many of her paintings, some of which are still on display at his former home in West Dean, West Sussex, now known as ‘West Dean College.’

In 1947, James organized a show of her art at the ‘Pierre Matisse Gallery in New York. Carrington’s participation in an international Surrealism exhibition as the sole woman professional artist turned out to be the most significant for her and gained her rapid international reputation.

She also designed the ‘Mujeres Conscienscia’ poster for the Mexican Women’s Liberation movement.
Her most famous novel, ‘The Hearing Trumpet,’ was published in 1974.
In 2005, the British fine arts auction house Christie’s sold Carrington’s painting ‘Juggler’ (‘El Juglar’) for US$713,000, making it the most expensive artwork ever sold by a live surrealist painter.

During the 1990s, she sculpted large bronze sculptures that were shown on the streets of Mexico City for several months in 2008.

Her art has been shown in galleries around the world, including New York, Paris, Mexico City, California, Sao Paulo, Dublin, and San Francisco.

In 1946, she married photographer Emerico Weisz for the second time. Gabrial, a poet, and Pablo, a Surrealist artist, and doctor, were the couple’s two sons.
On May 25, 2011, she died in a hospital in Mexico City.

Leonora is one of the wealthiest and most well-known painters. Leonora Carrington’s net worth is estimated to be $1.5 million, according to Wikipedia, Forbes, and Business Insider.

The ‘Women’s Caucus for Art’ (WCA) in New York presented her with a ‘Lifetime Achievement Award’ in 1986.
In 2013, she was the subject of a special retrospective at Dublin’s ‘Irish Museum of Modern Art,’ titled ‘The Celtic Surrealist.’