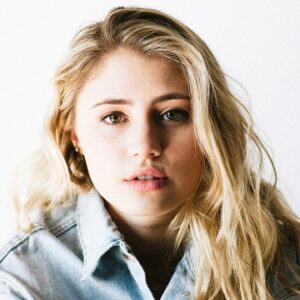 Lia Marie Johnson is an actor, singer, and songwriter from the United States who got her start on YouTube. She has 86 million views and 1.7 million followers on her own channel since becoming famous as one of the original cast members of the YouTube series ‘Kids React’ (produced by Benny and Rafi Fine). Her Instagram and Twitter profiles, respectively, have 1.6 million and 1.02 million followers. She played a variety of roles in the Nickelodeon sketch comedy reality series ‘AwesomenessTV,’ which is also available on YouTube. She was cast in the movie ‘Terry the Tomboy,’ based on one of her characters on the show, after making an appearance at the Nickelodeon Kids’ Choice Awards in 2014. ‘Everything Before Us,’ directed by Phillip Wang, featured her as Tiff. She has been a part of the psychological thriller web series ‘[email protected]’ since 2016. On January 9, 2015, Johnson posted the official video for her first single, ‘Moment Like You,’ to her YouTube channel. She is now signed to the label ‘Capitol Records.’

The Career of Lia

Lia Marie Johnson has had a passion for performing since she was a child. She acted in school plays like Dorothy and Peter Pan, and she participated in every talent event her parents could get her to.

Johnson’s mother created a YouTube page for her on December 17, 2007, after she moved to San Diego, California. Her first films focused on her appearances in talent events and religious recitals.

Between 2008 and 2010, she appeared in a number of short films and television shows. She appeared in short films such as ‘No Man’s Land,’ ‘Collide,’ ‘Shattered Allegiance,’ ‘I Do and Don’t,’ and ‘Sidewalk Symphony,’ as well as TV shows such as ‘Tim and Eric Awesome Show, Great Job!’ and ‘The Unit.’

She also played Piper Palin in the short movie ‘The Palin Family.’
Fine Brothers hired her in 2010 for their new project, ‘Kids React.’

On October 16, 2010, she made her first appearance on “Fine Brothers Entertainment,” reacting to the viral videos “Double Rainbow,” “Obama Fail,” “Twin Rabbits,” and “Snickers Halloween.”

Within a year, the channel had more than a million subscribers, and Johnson’s notoriety grew along with it, as did the work she created for her own channel. The brothers and Johnson unveiled a new initiative called “Teens React” on August 25, 2011.

She was undoubtedly the most well-known of the original batch of teen stars to appear on the show, and it was important in starting her career. Johnson plays the recurring part of Rayna in the brothers’ online program, ‘My Music,’ which premiered in April 2012.

In 2014, she became a regular on the ‘YouTubers React’ series. Shane Dawson and Brittani Louise Taylor, both YouTubers, have cooperated with her.

On ‘AwesomenessTV,’ she played a variety of roles in a number of sketches. Nickelodeon produced the YouTube show, and the channel is a collaboration between ‘DreamWorks Animations’ and ‘Verizon Hearst Media Partners.’ It gave her a lot of mainstream exposure.

Johnson starred in the Nickelodeon TV movie ‘Terry the Tomboy,’ which was based on the role she had played on the show. “, a narrative about three high school girls whose social media profiles are tagged in violent videos, is another of her efforts with ‘AwesomenessTV.’

To date, the show has broadcast two seasons and has been renewed for a third.
She took a seven-month hiatus from YouTube in 2016. When she returned, she stated that she had been working on a music record for the past two years.

‘DNA,’ her first song under ‘Capitol Records,’ was published that year, and it was a chilling story of her mother’s abuse at the hands of her father. In 2017, she released a new track called ‘Cold Heart Killer.’

Johnson was born in Wahiawa, a census-designated place in Honolulu County, Hawaii, on November 23, 1996. Her mother claims she was born in the middle of a pineapple grove. Her father was a government employee in the United States.

Her family moved to Florida when she was only four months old. They stayed for a year before moving once more, this time to California, where her sister Katherine was born. When their mother and father divorced, the sisters relocated to Virginia with their mother.

Johnson now has two half-sisters, Emma, Sammie, and Lexy, as well as a half-brother, Tyler, thanks to her mother’s remarriage. She lives in San Diego with her family, although she spends the majority of her time in Los Angeles.

and social influencer has been linked to her in recent rumors.

Lia Marie Johnson is an actress, social media personality, and singer from the United States who was named one of YouTube’s top ten young stars. This young starlet has a net worth of approximately $2 million.

1) Johnson has claimed to be a Democrat. In 2016, she conducted an interview with Barack Obama, the president of the United States at the time.

2) In 2015, she was nominated for a Woodie Award in the category of a social climber.
3) She has appeared on the covers of the publications ‘BYou’ and ‘Adweek.’