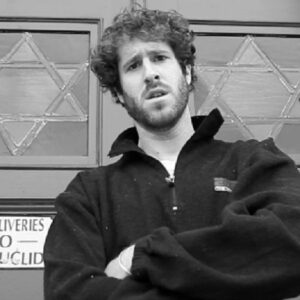 David Andrew Burd, better known by his stage name Lil Dicky or LD, is a rapper and comedian from the United States. Following the release of the music video for his song “Ex-Boyfriend,” he rose to notoriety. Within 24 hours of its debut, the video had over a million views on YouTube. Dicky was born into a Pennsylvania Jewish upper-middle-class family. He succeeded in school, graduating from the ‘Richmond Robins School of Business’ as the class president. After that, he moved to San Francisco and spent the next few years writing rhymes, making storyboarding films, and cutting demos. For this hip-hop fan, there was no turning back after the triumph of ‘Ex-Boyfriend.’ ‘Ex-Boyfriend’ was included in his ‘So Hard’ mixtape, which was published in 2013. He subsequently released songs including ‘Lemme Freak,’ ‘White Crime,’ and ‘Classic Male Pregame,’ before releasing his debut studio album, ‘Professional Rapper.’ ‘Save Dat Money,’ which was released as part of his 2015 album ‘Professional Rapper,’ featured American rappers Fetty Wap and Rich Homie Quan. In 2015, ‘Professional Rapper’ included a number of additional musicians, including Snoop Dogg, Brendon Urie, and Hannibal Buress. The album opened at number seven on the ‘US Billboard 200,’ making it one of the year’s most popular albums.

In the Wyncote section of Cheltenham Township, he attended ‘Cheltenham High School,’ a public high school.

The Career of Lil Dicky

He came to San Francisco, California, after finishing his studies, and began working in the account management department of the advertising agency ‘Goodby, Silverstein & Partners.’

He was then transferred to the company’s creative department, where he began contributing to the creative aspects of advertisements.

Meanwhile, he began his rap career with modest steps. For a few years, he worked on songs and music videos, which he later published in his debut mixtape, ‘So Hard,’ on May 22, 2013. There were 17 tunes on the mixtape.

According to him, he began rapping to garner attention in order to establish himself as a comedian in films and television shows, but he eventually grew to enjoy it and took it seriously.

After being released on YouTube, one of the songs from ‘So Hard,’ named ‘Ex-Boyfriend,’ produced by Cashous Clay, became an instant hit, garnering one million views in just 24 hours.

He continued to release new songs and music videos for the next five months. He enlisted the support of ‘Kickstarter,’ a Brooklyn-based American public-benefit business involved in global crowdfunding, in pursuit of creative advancements after releasing 32 songs and 15 music videos.

On November 20, 2013, ‘Kickstarter’ launched a month-long crowdfunding campaign for Dicky to help him create his debut album, music videos, and tour. The goal of ‘Kickstarter’ was to raise $70,000, but it ended up raising $113,000 instead.

On February 19, 2014, he performed his debut live concert at the ‘Theatre of Living Arts in Philadelphia, PA.

On July 31, 2015, he released his debut studio album, ‘Professional Rapper.’ T-Pain, Snoop Dogg, Rich Homie Quan, and Fetty Wap were among the musicians featured on the album, which comprised 20 tracks.

‘Professional Rapper’ debuted at number one on the ‘Top Independent Albums,’ ‘Top Rap Albums,’ and ‘Top Comedy Albums’ charts, and reached number seven on the ‘US Billboard 200.’

Meanwhile, ‘Professional Rapper’s first and second singles, ‘Lemme Freak’ and ‘White Crime,’ were released on September 17 and December 10, 2014, respectively. As of June 2019, their music videos had received over 75 million and over 20 million views, respectively.

On June 10, 2015, the album’s third single, ‘Save Dat Money,’ was released, featuring Rich Homie Quan and Fetty Wap on vocals. It was even more successful than its predecessors, with more than 120 million views on its music video as of June 2019.

On July 31, 2015, the fourth and final single from ‘Professional Rapper,’ matching the album’s title, was released. It debuted at #1 on ‘Billboard Comedy Digital Tracks,’ with Snoop Dogg’s vocals, and its music video has over 147 million views as of June 2019.

He made a guest appearance in rapper Trinidad James’ song ‘Just a Lil’ Thick (She Juicy),’ which was released as a single on April 15, 2016, alongside American rapper Mystikal.

His name appeared in the June 13, 2016 issue of ‘XXL,’ an American hip hop magazine, alongside Lil Yachty, 21 Savage, Anderson. Paak, and Lil Uzi Vert as part of their freshman line-up. After that, he joined CMS.

He released a music video for his song “Pillow Talking” in April 2017. Under the alias ‘Brain,’ he released an EP titled ‘I’m Brain’ in September.

In March of the following year, he released his next single, ‘Freaky Friday,’ which featured Chris Brown. By April 2018, the music video had surpassed 100 million views and topped the charts in the United Kingdom and New Zealand.

His first charity single, ‘Earth,’ was released in April 2019. Justin Bieber, Ariana Grande, Katy Perry, Ed Sheeran, and Leonardo DiCaprio were among the 30 performers who contributed vocals to the tune.

The song’s purpose is to promote public awareness about pollution and climate change. The song’s proceeds will go to a variety of environmental causes.

Dicky plans to continue rapping in addition to his work as a writer, actor, and comedian.

There isn’t much information regarding his past or current romantic relationships. He is regarded to be a straight bachelor who does not have a girlfriend.

He uses social media to communicate with his friends and admirers, sharing photographs and ideas on a regular basis.

Lil Dicky is an American rapper and comedian with an estimated net worth of $8 million. His real name is David Andrew Burd.