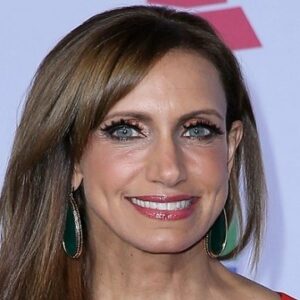 Lili Estefan is a well-known Cuban model and the current host of El Gordo y la Flaca, an American Spanish-language entertainment news show. This stunning multi-faceted personality is one of Cuba’s most well-known television personalities. Lili was introduced to show business at a young age as the niece of Emilio Estefan Jr., a Grammy Award-winning musician and song producer. She decided to establish a space for herself in the glamor world as a young girl, inspired by her uncle and her intrinsic love for the beautiful arts. She enrolled in the New World School of the Arts pilot dual college enrollment program with the Performing and Visual Arts Center in Miami, Florida, as a first step in pursuing her ambition. Laura Guillén, a friend of hers, also took the same course, and the two young girls encouraged each other in their artistic aspirations.

The Career of Lili

Despite being the niece of a well-known celebrity, Lili Estefan had to work hard to make a name for herself in the entertainment industry.

In 1986, the attractive and self-assured young girl struck gold when she was offered a role as a model on Univision’s ‘Sábado Gigante,’ a popular television show presented by Chilean TV star Mario Kreutzberger, better known by his stage name Don Francisco.

She brought a bright personality and youthful beauty to the show, winning over not just the audience, but also the show’s presenter! People were immediately drawn to the thin and tall model, enthralled by her emerald eyes and bright smile.

Lili Estefan wasted little time after becoming the public’s favorite by pursuing other modeling and television chances in addition to ‘Sábado Gigante.’ She co-hosted the show for 12 years before saying goodbye to the show that launched her career.

In 1998, she was hired to co-host ‘El Gordo y la flaca,’ a celebrity gossip show for the same network, Univision. Since then, she has been entertaining audiences by providing celebrity gossip and displaying interviews with singers, actors, and other celebrities alongside Ral De Molina.

The multi-award-winning show has not only propelled her career to new heights, but it has also proven to be a rewarding experience for her.

She hosts special events such as beauty pageants and the annual Calle Ocho music festival in Miami, Florida, in addition to being a television host.

Liliana Del Carmen is a model and actress. “Lili” Estefan Garcia was born in a loving household in Cuba on March 20, 1967. Her brother is her only sibling. Lili’s blissful family life was broken when her mother passed away while she was just ten years old.

Despite his grief over the death of his wife, her father made every effort to ensure that the children received a proper upbringing. Lili, her father, and her brother traveled to the United States when she was 14 to live with her uncle and aunt, the well-known singer pair Emilio and Gloria Estefan.

Despite the difficulties she faced during her first years in a foreign country, the adolescent finally acclimated to her new surroundings. Lili acquired an interest in show business with the support of her uncle and aunt, who familiarized her with the glam world.

In 1986, she finally received her big break, and the rest, as they say, is history! Since 1992, Lili Estefan has been married to Lorenzo Luaces, and their two children, Lorenzo and Lina, complete their picture-perfect family.

Lili Estefan has a net worth of $10 million dollars and is a Cuban-American model and host. She is well recognized for her role as the host of the TV show