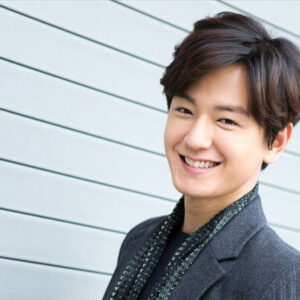 Lim Ju-hwan is a South Korean actor who has been in the hit television shows ‘Tamra, the Island’ and ‘Ugly Alert.’ Lim took part in high school drama and was gradually bitten by the acting bug. After a period of struggle, he was able to secure a few modeling jobs before making his acting debut in the television series ‘Magic.’ He was all set to make his big screen debut two years later with the internationally acclaimed film ‘A Millionaire’s First Love’ in 2006. Following that, he had a few more supporting roles in TV shows including ‘Boys over Flowers’ and ‘The Snow Queen,’ but it was his role in ‘Tamra, the Island,’ for which he earned the Korean Culture and Entertainment Awards’ prize for best new actor. ‘The Con Artists’ and ‘A Frozen Flower’ are two of his other famous big-screen roles.

Lim Ju-hwan was born on May 18, 1982, in Seoul, South Korea. He has confessed in interviews that he has had a ‘cold’ nature since he was a child. He didn’t have a close relationship with his family and rarely communicated with them. As a result of this attribute, he was able to spend more alone time with himself, and he began to consider various job options.

Lim has always had an independent spirit and desired to live a life without boundaries, as a result of which he walked out of his parents’ house at a young age, just after graduating from high school. By this time, he had realized that the entertainment industry was his passion.

Meanwhile, he continued his acting training at Daejin University, where he earned a bachelor’s degree in theatre and film.

His troubles came to an end when he was scooped up by ‘The Men,’ one of the most well-known South Korean modeling agencies that also managed actors. Soon after, he began modeling and, not long after, began applying for television parts.

With the 2006 film ‘A Millionaire’s First Love,’ he acquired even more fame. He then starred in the film ‘Arang,’ in which he played the younger version of the main character Hyun-ki.

In the following years, he continued to perform in series such as ‘The Snow Queen’ and ‘Drama City,’ but his career was not progressing at the expected rate, as he was largely offered side or supporting roles.
His portrayal of a blind painter in an episode of ‘Auction House’ earned positive feedback.

With ‘Tamra, the Island,’ a show that mixed romantic comedy and historical fiction, all of his hard work paid off. The series launched in 2009, and despite mixed reviews at first, it quickly gained traction and became a cult TV favorite. At the Korean Culture and Entertainment Awards, Lim got his first major acting prize, the ‘New Actor of the Year’ honor.

In 2009, he starred as a school child in the film ‘Boys over Flowers,’ which was well received and earned him a significant female fan base.

Lim starred in the musical drama ‘What’s Up’ in 2011. It was about a group of teenagers who robbed drunken individuals at night. In the series, Lim was the main character. He also starred in the film ‘The Suicide Forecast,’ in which he played a destitute guy with a beautiful heart.

Lim participated in the necessary military service in 2011, but it proved to be a difficult experience for him because he was discovered to have cardiac problems and fainted during training. He was later admitted to the hospital and stayed for three months. Despite the option of an early discharge, he chose to finish his service because he is a strong-willed man.

Following his discharge from military service, he had a strong comeback with the international hit ‘The Con Artists,’ a multi-starrer picture that included a number of young and seasoned Korean performers of the time. The movie was released in 2014 and quickly became a domestic and international success.

Lim starred in the highly anticipated TV series ‘Shine or Go Crazy,’ a period drama about a prince and a princess falling in love. In the same year, Lim appeared in the television series ‘Oh My Ghostess,’ in which he played a crooked police officer. His performances were well-received on both occasions. He was nominated for the Best Villain category at the Annual Drama Fever Awards for the latter.

In 2016, he starred in the hit TV show ‘Uncontrollably Fond.’ In the same year, he starred in the film Broker.’
Lim made his television debut in 2017 with the series ‘The Bride of Habaek,’ which is a fantasy romantic drama in which he portrays a semi-god. He also starred in the comedy film ‘Because I Love You,’ which is about a spirit who occupies the bodies of people who have been unlucky in love.

Personal Life Lim Ju-hwan keeps his personal life pretty private, and there have been no reports of him being in a relationship.

Actors Shin Dong-wook and Lim Ju-hwan have been friends since elementary school and have collaborated on a few plays.

Lim Ju-hwan is a well-known South Korean actor. Lim Ju-net hwan’s worth is estimated to be between $1 million and $4 million dollars.

He lives a wealthy life and he has a personal luxury automobile, a spacious bungalow, lives a luxurious lifestyle and travel over the world as we can see via his daily updates on social media post and stories.

Actor is Lim Ju-main hwan’s source of income. His monthly earnings are believed to be between 72K and 82K USD.