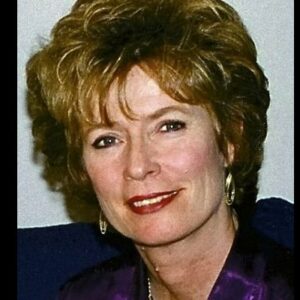 Linda Lee Cadwell was born on March 21, 1945, in Everett, Washington. Linda Emery was her given name when she was born. Vivian R. (Hester) and Everett Emery were her parents.

Her ancestors are Swedish, Irish, Norwegian, Dutch, and English. Linda was reared in a Baptist home since her family practiced baptism.

Garfield High School was her alma mater. During her junior high and high school years, she is claimed to have enjoyed an interesting yet calm childhood. She later earned her bachelor’s degree from the University of Washington.

She used to be a cheerleader in high school because she enjoyed the physical activity and the adrenaline rush it brought. She also saw cheerleading as an exciting and glamorous job, as did every other adolescent.

Linda had wanted to go to medical school since she was a child because she had always seen her mother struggle due to low salaries, but life had other plans for her.

A Career in Later Life

Linda first met Bruce Lee when she was a student at Garfield High School. She afterward enrolled as a student at his academy. Bruce began teaching her Kung Fu, and the two soon fell in love. They married in Seattle, Washington on August 17, 1964.

Linda wrote her first book, ‘Bruce Lee – The Man Only I Knew,’ two years after Bruce Lee’s untimely death. The book was a huge success and garnered a lot of great feedback from critics.

Linda and her daughter, Shannon Lee, launched the ‘Bruce Lee Foundation’ in 2002. It was established to spread the principles and writings of Bruce Lee, the legendary martial arts teacher.

‘Bruce Lee: The Man Only I Knew,’ her debut book, was a smash sensation, especially with Bruce’s fans and followers. Warner printed and released the book at least three times in 1975, in April, June, and August. Because the book was written within a year after Bruce’s death, it was filled with vivid and recent memories.

‘Dragon: The Bruce Lee Story,’ starring Jason Scott Lee and Lauren Holly, is based entirely on the book. The film was a huge hit, grossing more than $63 million worldwide.

Linda was a driving force behind the formation of the Bruce Lee Foundation. It has helped to publicize Bruce’s works and paintings.

Linda credits her father for instilling in her a nonjudgmental attitude. She also reminds everyone about her first husband, Bruce Lee, and his famous phrase, “Believe nothing you read and only half of what you see.”

Linda has always been forthright about her feelings about racism and caste systems. She enjoys friendships with no restrictions, and she was even open to interracial dating.

She is so enamored with Kung Fu that she prefers to keep the physical and philosophical components of it separate even after all these years.

When she was in high school, she met Bruce Lee and the two began dating. Despite the fact that inter-caste and interracial dating were taboo at the time, she was outspoken about it.

She hadn’t told her family about it, and the pair had planned to elope, but they ended up having a wedding. She recalls how tremendously fascinating Bruce Lee was, as well as his charm and virile and energetic demeanor while speaking about him.

They moved to Hong Kong after their marriage. She bravely accepted the challenge of living in a different nation and stayed with him.

Linda noted in an interview that she had to face all of the Chinese people and their puzzled stares as to why the renowned Bruce Lee chose her, but she now laughs about it.

Linda’s friends were all enthusiastic about her marriage, and they all adored him. Brandon Bruce Lee, the couple’s son, was born a year after their wedding.

Linda had to deal with Bruce Lee’s abrupt and tragic death just four years after their second child was born. After he died, she was left alone in Hong Kong and chose to return to Seattle. She was unable to settle in the area and returned to Los Angeles.

She later married Tom Bleecker in 1988. Tom Bleecker is a playwright and actor. Their marriage, however, terminated barely two years later, in 1990.

Linda Cadwell married Bruce Cadwell in 1991. Cadwell works as a stockbroker, and they live in Rancho Mirage, California.

On March 31, 1993, she had to deal with the untimely death of her son, Brandon, who died while filming a movie. His death was caused by an accident when a gunshot struck his spinal cord.

Shannon, Linda’s daughter, has taken over her duties at the Bruce Lee Foundation, and Linda is proud of her since she does them just as well.

Linda Lee Cadwell has a net worth of over $10 million, which she has amassed through a variety of endeavors. Bruce Lee’s widow received royalties from the martial arts legend’s posthumous releases, as well as inheriting the majority of his fortune.

Linda feels that Bruce Lee’s work should never be forgotten, and she has attempted to bring it to the attention of the general public through numerous means.

Linda claims that no one knows exactly how Bruce died, and she prefers to remember him for the way he lived.