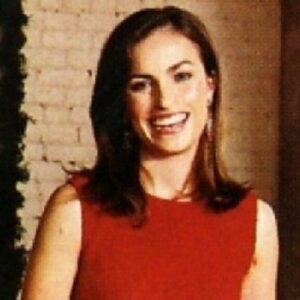 Lisa Nicole Brennan, sometimes known as Lisa Brennan-Jobs, is an American journalist and writer. She is best known as the daughter of Steve Jobs, the late Apple co-founder and tech whiz, and Chrisann Brennan, his first lover. She is a Harvard graduate who freelances and publishes her own blogs and articles. Her journalism has appeared in major newspapers and magazines such as ‘Vogue,’ ‘Oprah Magazine,’ the ‘Southwest Review,’ the ‘Harvard Crimson,’ and ‘O.’ Lisa is also the name of an early Apple computer. Several films and biographies have featured Lisa Brennan-Jobs, including the biopics ‘Jobs,’ ‘Steve Jobs,’ and ‘Pirates of Silicon Valley.’ That’s not all! In author Mona Simpsons’ (her aunt) novel ‘A Regular Guy,’ a fictitious version of Brennan-Jobs plays a key role. Many people are looking for information on this American writer and journalist nowadays. They want to know everything about her life, including the juicy facts like when she was born, how Jobs rejected her paternity, how her mother Chrisann Brennan reared her, her love life, and so on.

Lisa Nicole Brennan was born on May 17, 1978, in Portland, Oregon, as Lisa Nicole Brennan. Steve Jobs, her father, and Chrisann Brennan, her mother, met in high school and had an on-again, off-again relationship for the next five years. After co-founding Apple in 1977, Steve Jobs moved into a residence with Chrisann and Daniel Kottke, a friend and co-worker. Chrisann became pregnant soon after, but Jobs denied being the father.

In the absence of Steve Jobs, Chrisann gave birth to their daughter on All One Farm Commune in 1978. He arrived three days after the baby was born, and the couple decided to name their daughter Lisa. Jobs, on the other hand, continued to deny paternity, prompting Chrisann to abandon their relationship.

She made the decision to raise Lisa on her own by cleaning houses. She also took the case to court, and as part of a legal settlement, Steve Jobs was ordered to pay Chrisann $385 every month. He upped the pay to $500 per month after he became a millionaire. Steve Jobs attempted to reconcile with his daughter years later. He apologized to Chrisann multiple times, and the father–daughter combination reconnected when Lisa was nine years old. Lisa wanted to change her name from Lisa Nicole Brennan to Lisa Brennan-Jobs after they reconciled.

Lisa received her schooling at the Nueva School while living with her mother. She then attended Palo Alto High School after moving home with her father. She enrolled at Harvard University for graduation in 1996. She also spent a year studying at King’s College London.

Lisa Brennan-Jobs wrote for ‘The Harvard Crimson’ while at Harvard University. She relocated to Manhattan after graduating in 2000 to seek a career as a professional writer. ‘The Harvard Advocate,’ ‘Spiked,’ ‘The Southwest Review,’ and ‘The Massachusetts Review,’ among others, published her work. Lisa Brennan-Jobs now works as a freelance writer and operates her own blog in addition to being a journalist and magazine writer.

She has appeared in a number of biographies about her father, notably Walter Isaacson’s authorized biography ‘Steve Jobs.’ Aside from that, she was portrayed in Mona Simpson’s novel ‘A Regular Guy’ from 1996. ‘Pirates of Silicon Valley,’ ‘Jobs,’ and ‘Steve Jobs’ are three biographical films that have included her.

Lisa Brennan-Jobs was born to Steve Jobs and Chrisann Brennan in Portland, Oregon. Erin, Eve, and Reed, her three half-siblings, are the result of her father’s marriage to Laurene Powell Jobs. Mona Simpson, her aunt, is a published author. Her father and she had a tumultuous relationship. Steve Jobs christened a computer project ‘the Apple Lisa’ shortly after her was born.

According to the source, Lisa Brennan-Jobs has a net worth of $50 million to $100 million dollars. Lisa inherited a multi-million dollar fortune from Steve Jobs.