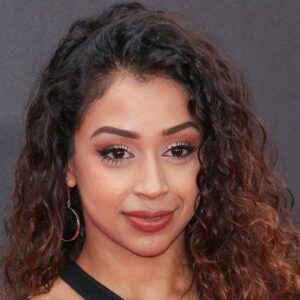 Liza Koshy is a Vine star and social media personality who goes by the online moniker Lizzza. While in high school, this young and lively lady became interested in Vine and joined it on the spur of the moment as her classmates were downloading the app. Koshy’s once-casual decision to join Vine grew into an incredible career, with Koshy becoming a Vine celebrity and phenomenon. Her Vine account, where she offers engaging content, has grown to over 5 million followers over time. Jake Paul, Lance210, Crawford Collins, Boris Laursen, Alex Holtti, and Tasia Alexis are some of her Vine stars, and they all appeared in one of her Vines titled ‘How girls look out guys vs. How guys check out girls.’ This half-Indian, half-Caucasian beauty is also a YouTube sensation. With over 13 million subscribers, her YouTube channel has a sizable following. However, the tally does not stop there! This Social Media Personality also has a sizable fan base on Instagram and Twitter, with more than 4 million followers on Instagram and over 218,000 followers on Twitter (and counting)!

The 20-year-old Vine Star, who began using the video-sharing app while still in high school, quickly built a reputation for herself, and is now regarded a Vine phenomenon and an Internet star. She is better known online as Lizzza. Her Vine account’s over 5 million followers are completely enamored with her and eagerly await her new postings. They are still curious to learn more about her, including her age, real name, snapchat id, and other details.

She primarily uploads videos with relatable content, which helps her connect with her many admirers and viewers. She began her Vine journey by posting amusing videos she shot in her car and a few other locations. As her Vines’ amusing content became more popular, she was inspired to make more of the same. Her tutorial videos are pure joy to watch, as they are completely entertaining and hilarious, eliciting a positive response from the audience. This modest college lady, who has recently become one of the most popular six-second video hits, hopes to stay in the social media realm for a long time.

She was born on March 31, 1996, in Houston, Texas, in the United States, to parents and two elder sisters. She is a half-Indian, half-Caucasian woman. Her parents are highly strict about her academic education while still supporting her Vine endeavors, occasionally even suggesting what she should Vine. Despite her early success, Koshy maintains a cool demeanor and refrains from posting personal information. She adores and respects her family and wants not to post too much information about them on social media that would impinge on their privacy. She enrolled in college to study Business Marketing in the fall of 2014. She plans to live in Los Angeles after college and aims to continue working in social media and communication. In November 2015, she began dating David Dobrik, a Vine sensation from Chicago, Illinois.

Liza Koshy has a net worth of $6 million.