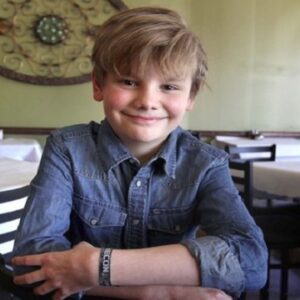 Logan Guleff, an American chef, television personality, and cookbook author, won the FOX reality cooking competition “MasterChef Junior” at the age of 16, besting 20,000 other competitors. At age 9, he appeared on NBC’s “The Today Show” after winning the “Jif Most Creative Peanut Butter Sandwich Contest.” As the Tennessee winner of the First Lady Michelle Obama’s “Healthy Lunchtime Challenge,” he dined at the White House with his mother and shook hands with the President and the First Lady. He is mentioned in the cookbook “FutureChefs: Recipes by Tomorrow’s Cooks Across the Nation and the World” by Ramin Ganeshram. He was the first young person to receive certification as a judge from the Memphis World Championship BBQ committee in 2013. In 2015, he also made history by becoming the youngest judge at the “World Championship Barbecue Cooking Contest.” He was listed in 2016’s “18 Under 18” and “30 Most Influential Teen” lists by Fortune and Time magazines, respectively. He traveled to India in 2017 as the Young Chef Olympiad’s mascot. With illustrations by Cindy Tan, he created the first graphic novel adventure cookbook, “Logan’s Chef Notes and Half Baked Tales – Cooking Dreams.”

When Logan Guleff was just eight years old, his mother noticed that he wasn’t interested in writing, so she came up with the concept of a food blog, “Order Up! With Logan.” He began discussing his experiences eating at neighborhood restaurants in his blogs. He had the chance to visit the kitchens of nearby restaurants as his blog gained popularity and meet the chefs, including Ben Smith at Tsunami, to learn about their cooking methods. He became a young chef with his own recipes because of his love of experimenting with various cuisines.

He entered his first recipe for a Chomp Burger with broccoli slaw in the “Jif Most Creative Peanut Butter Sandwich Contest” when he was nine years old. In the competition for a grand prize of $25,000 in college scholarships, he was one of the finalists who received $2,500 and a trip to New York City to compete in the final round. He appeared on several local TV programs during the ensuing weeks, including “Good Morning Memphis,” “Extra Credit,” and another program on WREG-TV.

His mother advised him to enter another competition after he was unsuccessful in winning the big prize. With his Tuna Schooner, which was one of the 54 winning recipes in the “Epicurious Healthy Lunchtime Challenge” in 2012, he was able to represent the State of Tennessee at the Kid’s State Dinner at the White House. But on December 16, 2014, his appetizer of grilled shrimp prawns elevated him to a new level as it took home the $100,000 top prize in the second season of “MasterChef Junior.” He was a finalist in the “Food” category of the 7th annual “Short Awards.”

Why Logan Guleff Is So Unique?

Logan Guleff is so driven by his desire to be creative that he dislikes baking since it offers little room for improvisation. He is constantly experimenting to produce novel flavors from basic substances. Although he views himself as a perfectionist, the thought of cooking on a deadline does not frighten him. In Tennessee, he also organizes Underground Supper Club gatherings.

Logan, who at the age of 15 has already accomplished most of his goals, is already committed to giving back to the neighborhood. More charity functions than birthdays have been celebrated by him to yet. The Make-A-Wish Foundation, St Jude’s Children’s Research Hospital, Humane Society Virginia, Giant of Generosity NJ, and other philanthropic organizations are just a few of the ones he has represented. He served as the face of the Canadian “Get Kids Cooking” campaign in 2015.

On July 20, 2002, Logan Guleff was born in the United States in Memphis’ downtown area. At the tender age of two, when he used to make coffee for his mother, he began cooking. Even though he did a fantastic job a lot of the time, he acknowledges that he occasionally spilled coffee all over. He started preparing spaghetti with his mother when he was four years old. He grew up watching all of Chef Gordon Ramsay’s programs because he was a fan.

He told his father that he believes he might win the competition while watching the first season of “MasterChef Junior.” His father purchased an application form and registered him as a contestant when the following season began. During the six weeks that his mother was in Los Angeles for the show’s filming, he had the chance to meet his hero, Gordon Ramsay. His mother Kim teaches him at home. In addition to cooking, he likes to play Minecraft, go on hikes with his Boy Scout group, and climb the Bridges climbing wall.

The estimated net worth of Logan Guleff is $1 million.