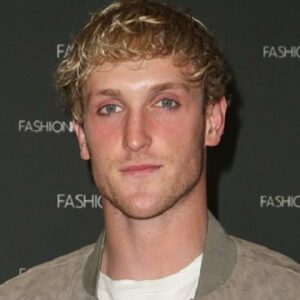 Logan Paul is a well-known and well-respected social media celebrity who is now among the most popular Vine stars and YouTubers. He began by making humorous films for his friends and uploading them to YouTube, and as a result of his growing popularity, he decided to try his hand at Vine, a six-second video sharing app. He primarily uploads videos of stunts, comedic sketches, and public pranks. He was a state-placed wrestler who won academic scholarships to study at Ohio University in Athens on two occasions before switching careers to become an entertainer. What began as a simple pastime turned into a full-fledged job for this internet phenomenon, who not only has millions of followers across various social media platforms but also earns a lot of money. He is linked with a number of prominent brands and promotes their products. He has broadened his acting abilities by appearing in television shows such as ‘Bad Weather Films,’ ‘Rainbow Man,’ ‘Law & Order: Special Victims Unit,’ and ‘Weird Loners.’ He has ventured into filmmaking, with planned projects such as ‘Airplane Mode’ and ‘The Thinning.’

He started his YouTube channel while he was in seventh school and used it to make funny films for his classmates. As his channel rose in popularity, he became more interested, and five years later, still in his teens, he started using Vine. He gained 2.7 million followers in seven months and is now one of the most popular Viners, with over 9 million followers across Vine. Other social media channels where he has a large following include Facebook, Twitter, Instagram, and Snapchat. Logan’s pratfall-filled videos, which he released on Facebook in October, received over 300 million views! Logan has worked on films with Dwayne Johnson, Alycia Debnam-Carey, and Peyton List, as well as colleagues viners Lance210, Christian DelGrosso, King Bach, and Matthew Espinosa. This social media megastar with a boy-next-door look rose to stardom thanks to his funny videos and euphoric pranks, and he currently has multiple commercial partnerships to his name. He’s worked on digital-promotion projects for huge brands including HBO, Pepsi, Nike, Hanes, Verizon, and Dunkin’ Donuts, with rewards in the six-figure range. One of the campaigning films he shot for Hanes had an astounding and overwhelming online response, with 750K Facebook views, a record-breaking 3.8 million Twitter impressions, and a nearly impossible figure of 38 million Vine loops, which surprised Hanes management.

He stretched his horizons as an entertainer outside social media after becoming one of the top social media stars, and in this effort delved into acting. Creative Artists Agency took him on as a client. In 2014, he portrayed Rainbow Man in one of the episodes of the TV series ‘Bad Weather Films,’ which led to a sequel named ‘Rainbow Man,’ which was released the same year. He also played Logan Twins in the American comedy television series ‘Weird Loners’ and played a nasty kidnapper in the American crime drama series ‘Law & Order: Special Victims Unit.’ He landed a prominent part in the Awesomeness TV web series ‘Foursome’ in 2016. He aspires to be the world’s most famous entertainer and to establish a name for himself in Hollywood. In order to pursue this goal, he dropped out of Ohio University and moved to Los Angeles, where he rented an apartment in a luxury complex on Vine Street and recruited a manager and a financial adviser. He’s also studied acting at Anthony Meindl’s studio and with the comic troupes ‘Upright Citizens Brigade’ and ‘The Groundlings.’ He has been cast in a number of films, including the comedy ‘Airplane Mode,’ in which he also serves as a co-writer, and the apocalyptic thriller ‘The Thinning,’ directed by Michael J. Gallagher, both of which are set for release in 2016.

This Vine sensation, who has millions of followers, is a perfectionist. He makes it a point to show off the best of his work to his supporters and viewers, and in order to do so, he spends hours capturing the perfect photos, which he then fine tunes and fits into six-second vines that are amazing marvels. He claims that he enjoys every aspect of the process.

He was born in Westlake, Ohio, on April 1, 1995. Jake Paul, his younger brother, is a popular social media personality, Vine Star, actor, and model.

Logan Paul has a net worth of $35 million.

His production company, Maverick Media, is named after his pet parrot.