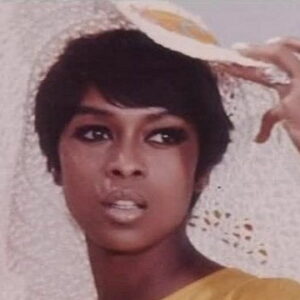 One of the first showgirls in America, Lola Falana is renowned for her work in acting, singing, dancing, and modeling. She is referred to as the “First Lady of Las Vegas” by many people. Lola began her dance career studying under Dinah Washington, and through the use of her distinct personality and flair, she rose to the top of the nation’s entertainment industry. She eventually gained notoriety on a global scale and became an icon. She was raised in a big family and started singing and dancing as a young child to help her parents financially. She started dancing in nightclubs when she was a teenager. She quickly rose to prominence in Las Vegas’ nightclub scene thanks to her beauty, grace, and talent. She eventually ventured into acting as well.

When Dinah Washington handed Lola Falana the opening act spot for one of her Philadelphia nightclub performances, it was her first significant break. She had just turned sixteen, and the offer from Washington was one she gladly accepted because it was considered for her. Samuel George Davis Jr. noticed her and offered her a role in his 1964 Broadway production of “Golden Boy.” Under Davis’ guidance, Lola launched a successful career in music and signed a record deal with Mercury Records in 1965, releasing her debut single, “My Baby.”

After finding initial success with Mercury Records, she later recorded for Frank Sinatra’s record company. In 1966, Davis introduced her in the movie “A Man Called Adam,” which also starred Ossie Davis and Cicely Tyson. Lola toured with Davis throughout the following few years while singing, dancing, and acting in Italian movies. She gained notoriety in the Italian cinema industry, where she went by the nickname “Black Venus.” She ended her fruitful relationship with Davis.
She made her acting debut in “The Liberation of L.B. Jones,” for which she was nominated for a Golden Globe Award for “New Star of the Year – Actress.”

She modeled for “Playboy” at this time and was the first black lady to appear in the Faberge “Tigress” perfume advertising. In subsequent performances on “The Joey Bishop Show” and “The Hollywood Palace,” where she displayed her dancing, singing, and comedic skills, Lola conquered the television audience.

She later made an appearance on “The New Bill Cosby Show”; interestingly, Bill Cosby knew her back when she was a college student. The Flip Wilson Show, Laugh-In, The Muppet Show, The Tonight Show Starring Johnny Carson, and other well-known television programs all included Lola in later seasons. She additionally performed in the Broadway musical “Doctor Jazz,” for which she received a Tony Award nomination. For the same, she received the Theater World Award in 1975.

A middle-class family welcomed Lola into the world on September 11, 1942 in Camden, New Jersey. She was the third of Bennett and Cleo Falana’s six children. Bennett was a welder by trade. An Afro-Cuban, Lola’s father first served in the US Marine Corps before switching to welding. At a very young age, she began dancing and singing, and she also joined the church choir.

Her family relocated to Philadelphia, Pennsylvania, following the birth of her two younger siblings. When Lola was a junior in high school, she started dancing at bars. To the dismay of her family, especially her mother, Lola left Germantown High School a few months before her final examinations and relocated to New York City to pursue her musical career.

Lola and Davis ended up having an affair while working together, which Davis admitted to his wife May Britt. The couple separated as a result in 1968. In 1970, Lola wed Feliciano “Butch” Tavares Jr. In 1975, there was a divorce from the couple.

Due to her multiple sclerosis and other health issues, Lola Falana was forced to leave the entertainment industry.

An American actress, singer, and dancer named Lola Falana has a $10 million fortune. With a prominent part in the 1964 Broadway production of “Golden Boy,” Lola Falana launched her professional career. She then enjoyed a fruitful singing career and gained notoriety on both Italian and American television shows. In “A Man Called Adam,” she made her big-screen debut alongside Sammy Davis Jr. and Cicely Tyson.