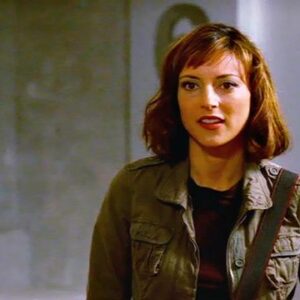 American actress Lola Glaudini rose to fame for playing Elle Greenaway, one of the main characters in the wildly popular American TV show “Criminal Minds.” She made her television debut in the series “NYPD Blue,” and after appearing in “Criminal Minds,” she became well-known. The sitcom has been on television for over twelve years and has received numerous nominations and awards. She also played a pivotal part in the psychological suspense television series “Persons Unknown.” It had thirteen episodes throughout its one season of broadcasting. She has appeared in several major motion pictures, including a supporting part in the sports drama “Invincible.” Based on the real-life experiences of football player Vince Papale. The movie was a financial hit. She appeared in the Tom Gormican-directed romantic comedy drama “That Awkward Moment” more recently. Her most recent television appearances include a part in the science fiction drama “The Expanse.”

With the debut of the police drama series “NYPD Blue” in 1996, Lola Glaudini’s television career got underway. She made her big-screen debut in the movie “Without a Map” that same year. Her subsequent work on the big screen was a small part of the 1998 movie “Your Friends & Neighbors.” She also starred in the movies “Down to You” (2000) and “Blow” at this time (2001). She had a recurring part in “The Sopranos” on television from 2001 to 2005. Five Golden Globes and numerous Emmy awards were won by the series, which was a big hit. One of the greatest TV shows in history, according to many. She played a recurrent part in the crime drama “The Handler” from 2003 to 2004.

Then, in the crime thriller “Criminal Minds,” she portrayed Elle Greenaway. She received a lot of compliments for the part. Since it began broadcasting in 2005, the series has garnered numerous accolades, including the Image Awards and the People’s Choice Awards. She appeared in the sports drama movie “Invincible” in 2005. It was based on Vince Papale, a football player.

She portrayed Kat Damatto in the psychological suspense TV show “Persons Unknown” in 2010, which ran for one season and featured thirteen episodes. She appeared in the romantic comedy “Jack Goes Boating” that same year. Her subsequent feature film appearance was in the 2014 movie “That Awkward Moment.” She has additionally made appearances in a few TV movies, including 2011’s “Certain Prey” and “Killer Reality” (2013). Her most recent appearance on television was in the 2016 science fiction series “The Expanse,” where she played a recurring part.

On November 24, 1971, Lola Glaudini was born in Manhattan, New York, in the United States. Robert Glaudini, a dramatist, is her father. She has also made appearances in a handful of her father’s plays. Nina Rosen, a writer, and college instructor is her mother.

Stuart England, a jewelry designer, is her husband. The couple’s family resides in Brooklyn, New York, and they have two kids.

An American actress named Lola Glaudini is worth $4 million. In November 1971, Lola Glaudini was born in Manhattan, New York. Robert Glaudini’s daughter Lola is a playwright. For the drama Demonology at the Mark Taper Forum, she received a Drama-Logue Award for Best Actress. In the 1996 film Without a Map, she played Anna in her first acting role. Lola played the lead character in the TV series NYPD Blue from 1996 until 1999. From 2003 to 2004, she played Heather in the television series The Handler. She played Agent Deborah Ciccerone in the TV show The Sopranos from 2002 to 2004. From 2005 to 2006, she played Elle Greenaway on the television show Criminal Minds. She played Kat Damatto in the television series Persons Unknown in 2010. In the films Down to You, Groove, Blow, Invincible, Drive-Thru, Jack Goes Boating, and That Awkward Moment, she played the lead role. The Magnificent Seven, The King of Queens, Monk, Las Vegas, Crossing Jordan, Medical Investigation, ER, Law & Order: Criminal Intent, Persons Unknown, Blue Bloods, Law & Order: Special Victims Unit, White Collar, Person of Interest, and Castle are just a few of the shows in which Glaudini has made appearances. Two sons and a married woman are Lola.