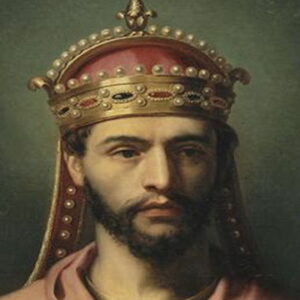 More Facts of Louis The Pious

Louis I, often known as Louis the Pious, succeeded his father Charlemagne to the throne of the Frankish Empire. He desired a united empire as well as the ability to administer a Christian empire. He organized ecclesiastical councils in Aachen to carry out the first objective, which involved creating regulations to strengthen, govern, and reform the Catholic Church. He ordered that the Benedictine Rule, which emphasized humility, obedience, and industry, be followed by all monasteries. He also desired that all clerics embrace monastic practices. He also sent his unmarried sisters to nunneries so that Catholic morals would be upheld in his home. He protected his empire’s frontiers from invading groups like the Moors in Barcelona. He also desired to maintain the empire, despite the challenges that came with having several sons, three of whom would outlast him. His second wife had a kid, and she naturally wanted him to inherit a portion of the empire, which only made matters worse. The three oldest boys opposed it as that would reduce their personal shares of the empire. Louis’ final years will be spent fighting civil wars with his own sons. In reality, the succession issue wouldn’t be resolved until after Louis’ passing.

The third child of Charlemagne and Hildegarde, his second wife, was Louis I. Charles and Pepin were his brothers.
He was born in 778 in Cassinogilum, a Carolingian villa, and spent the majority of his youth there. His education included clerical work.

He was crowned King of Aquitaine in 781. To guarantee that they would be familiar with regional customs and traditions, he and his brothers were all raised in the countries they would rule. The frontier that surrounded each brother’s domain was likewise under their responsibility. The Spanish March, a dividing line between Aquitaine and the Moors in Al-Andalus, required Louis’ constant attention.

In 801, he overthrew the Moors and took control of Barcelona. It had been taken two years earlier.
Charlemagne split his empire into three parts and gave one to each of his sons in 806. Louis was once more proclaimed king of Aquitaine, which comprised Burgundy and the Spanish March. Charles and Pepin passed away over the following few years, handing Louis control of their lands.

Following a Byzantine custom, Charlemagne made Louis his co-emperor in 813. Charlemagne passed away the following year, leaving Louis as the only king of the Frankish Empire.

Louis, I made himself at home at the Aachen court (Aix-la-Chapelle). He appointed Benedict of Aniane as his top religious adviser and elevated him to the position of abbot at the adjacent monastery of Kornelimünster. Among his trusted advisers were Ebbo, the Archbishop of Reims, and Bernard of Septimania.

He requested that the Pope reconquer him as Emperor in 816. This promoted the notion of papal sovereignty and started the custom of the Pope personally enthroning Emperors. He convened the first of a series of councils that year to strengthen and reform the Catholic Church.

He divided his dominion among his three sons in 817 and designated Lothair, the eldest, as his heir. He did it in accordance with Frankish customs and his father’s example. He also declared Bernard of Italy to be the legitimate heir to the kingdom of Italy.

Bernard went against Louis because he wanted to rule on his own. Bernard gave up when Louis surrounded him. Louis had him blinded instead of putting him to death for treachery, but Bernard died as a result of the shock. In 822, a terrified Louis offered penance in front of the Pope.

To make sure that her son Charles received some land, Louis’s queen Judith urged him to reorganize the realm. He did so in 829 and granted a large portion of Germany to Charles, who was then just about six years old. His other three sons rose up in rebellion, and Lothair took the throne. Louis was able to reclaim the throne because of disputes between the brothers.

Lothair rebelled once more in 832. Lothair won the support of the Pope, and Louis once more gave the throne to him. His other sons supported Louis, which allowed him to reclaim the throne.

Louis redistributed the empire among his living sons after Pepin’s death in 838. In the most recent division, Lothair and Charles each received an equal portion of the empire, leaving his son Louis the German with just Bavaria. Charles obtained western France, while Lothair obtained Italy and the region to the east of the Rhone-Saône valley.

Order of the Emperor (Ordinance of the Emperor) The Ordinance, which was written in 817, was Louis’s attempt to amicably partition his empire among his three sons. Each son would lead his own sub-kingdom within his father’s vast realm.

They would all inherit if any of them had boys of their own. If they passed away peacefully, the oldest surviving brother, who would eventually become the Emperor, would inherit their dominion.

In 816, Louis and his counselors reorganized and defined Church discipline through legislation called Canones, or Institute patrum. These regulations guaranteed the independence and security of the Church’s property.

The Capitulare instituted, the first code for monks, was published in 817 by Louis and his advisers. It emphasized adherence to the Benedictine Rule to the letter.

In 794 or 795, Louis I married Irmengard. Lothair I, Pepin of Aquitaine, and Louis the German were his three sons by her. In 819, Irmengard perished.
Following Irmengard’s passing in 819, he wed Judith of Bavaria. She gave birth to a fourth child for him, Charles the Bald.

He soon became ill after triumphing in the most recent civil war against his own sons. On June 20, 840, he traveled to his summer hunting lodge, where he passed away.

Pepin, his son, predeceased Louis. After Louis I passed away, his oldest son Lothair attempted to take over the entire empire, but Louis the German and Charles naturally objected. The end outcome was a three-year civil war. The three brothers decided which of their respective kingdoms would be ruled at the Treaty of Verdun in 843.

Louis Louis the Pious, Louis the Fair, and Louis the Debonaire were other nicknames for me.