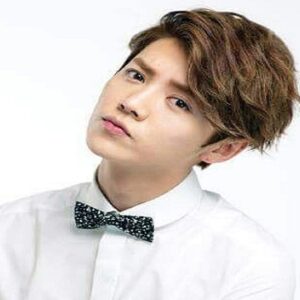 When it comes to Chinese acting and singing sensations, Lu Han is near the top of the list. Han, one of the most well-known faces in Chinese entertainment, has gained popularity, adoration, and affection not just in China but around the world. The fact that he is said to as the most popular entertainment figure from Mainland China speaks volumes about his acting and singing abilities. Han has a long list of firsts to his name: he was the first actor from the post-90s generation to have a wax statue in Beijing’s Madame Tussaud’s Wax Museum, and he was the first male star from the post-90s generation to grace the covers of Forbes China, People, GQ Style, Southern Metropolis Weekly, ELLE Journal, Cosmopolitan, and Harper’s Bazaar Journal. He became the first Chinese celebrity to receive the most comments on Sina Weibo and millions of ‘likes’ on Instagram, setting a Guinness World Record in the field of Chinese social media. Han was named the ‘Most Anticipated Chinese Star’ on Business of Fashion’s ‘BOF 100’ rankings in 2016, making him the only Chinese star to be on the list. He was also the first star born after the 1990s to be selected China Newsweek’s “Artist of the Year.” And, as if that weren’t enough, Han is the first mainland Chinese vocalist to have an album certified platinum by the IFPI.

Lu Han was born in Haidian, Beijing, China, on April 20, 1990.
He began his study at Beijing Shida Middle School and went on to Beijing Haidian Forein Language Shi Yan School after that. After that, he was an exchange student at Yonsei University in South Korea. Han graduated from the Seoul Institute of Arts with a degree in Applied Music.

Han’s first attempt at music failed miserably. He tried out for JYP Entertainment’s global audition in China in 2008, but failed to pass the trial. Two years later, while studying in Seoul, he was approached by a representative from S.M.

Entertainment, who encouraged him to apply for the company. The audition went well, and he was accepted into the agency as a trainee.

Lu Han’s first televised performance was on December 29, 2011 at the SBS Gayo Daejeon with Tao, Chen, and Kai.
He began his career as a member of EXO, a South Korean-Chinese boy band, and its Mandarin-language offshoot EXO-M, both of which were managed by S.M. Entertainment in South Korea and Avex Trax in Japan.

He was the second member of EXO to be named as one of the group’s four Chinese members, as well as the Mandarin-language sub-group EXO-M.
With their prologue singles ‘What is Love’ and ‘History,’ the trio conducted their first pre-debut presentation in

Seoul’s Olympic Stadium. They held their second demonstration and first press conference the next day in Beijing’s Great Hall of the Beijing University of International Business and Economics.

The band’s debut studio album, ‘XOXO,’ was their first commercial triumph. It was the first album to sell over a million copies in South Korea in twelve years. They quickly followed up with the well-received ‘Overdose’ album in 2014, which was well-received both domestically and internationally. ‘Overdose’ also charted on the Billboard 200 in the United States.

Han sued SM Entertainment in October 2014 to have his contract with EXO terminated. Following that, he departed EXO. Han announced his solo album the next year, in July. He and David Tao worked on a bid song for the 2022

Winter Olympics in Beijing in 2015. Han’s debut album, ‘Reloaded,’ was published in two parts on September 10, 2015, on QQ Music charts. The album sold 880,000 copies on the first day of its official release, breaking the previous record for the most sales on the first day of an official release. ‘Reloaded’ broke the record for fastest digital album sales when it sold over one million copies on QQ Music.

‘Medals,’ the album’s lead song, topped the V Chart as well as the Billboard Hot 100, making it the first Mandarin single to do so.

In December 2015, the whole album ‘Reloaded’ was released. The album debuted at number one on Japan’s Tower Records list and was the only album from mainland China to reach the Top 5 on Taiwan’s G-Music chart. It was the first album in mainland China to be certified platinum by the International Federation of the Phonographic Industry.

Han embarked on his first solo concert tour, ‘Luhan Reloaded: 2016 Luhan 1st China Tour,’ following the massive success of ‘Reloaded.’ Beijing, Guangzhou, and Shanghai were among the cities on the tour’s itinerary.

Han launched his second album, ‘Xperience,’ in October 2016, featuring the title single ‘Catch Me When I Fall.’ His third album, ‘Xplore,’ was released shortly after.

Lu Han made an impression as an actor in addition to singing. In 2015, he made his feature debut in the film ’20 Once Again.’ The film was a huge hit, topping box office rankings and breaking multiple records on its way to becoming the highest-grossing Korean-Chinese co-produced picture ever.

He has been in several television shows such as ‘Hurry Up, Brother,’ ‘The Witness,’ ‘Back to School 2,’ and others. ‘Hello, is it Lu Han?’ was his debut reality show, which was broadcast online on Youku and Tudou in 2016.

‘Time Raiders,’ a fantasy-action-adventure picture that topped box office records and became the largest summer success of 2016, and the historical epic ‘The Great Wall,’ are two of Han’s other cinematic projects.

In the films ’12 Golden Duck’ and ‘See You Tomorrow,’ he made a cameo appearance.
His upcoming projects include his first television drama, a fantasy wuxia series called ‘Fighter of the Destiny.’

Lu Han’s best work was for his debut album ‘Reloaded,’ which was released in its first form on September 10, 2015. The album broke the record for quickest digital album sales by selling over one million copies. ‘Medals,’ the album’s lead song, topped the V Chart as well as the Billboard Hot 100, making it the first Mandarin single to do so.

In December 2015, the finished version of ‘Reloaded’ was released. It was the only album from mainland China to enter the Top 5 of Taiwan’s G-Music chart, and it topped the Tower Records chart in Japan. It was the first album in mainland China to be certified platinum by the International Federation of the Phonographic Industry.

Hans was also the first Chinese singer to attain double platinum status, with ‘Reloaded I’ selling over 2 million copies.

Lu Han was named the Most Valuable Male Star at the 2014 Baidu Moments Conference. At the iQiyi year-end Awards, he was also named Asia Popular Idol. He was named Person of the Year at the Tudou Young Choice Awards the same year. He is currently ranked 37th on Forbes’ list of China’s highest-paid celebrities.

Han’s debut album, ‘Reloaded,’ received Best Digital Album of the Year and Best Male Singer of the Year at the QQ Music Awards in March 2016.

Lu han has a net worth of $10 million and is a Chinese singer and actor.