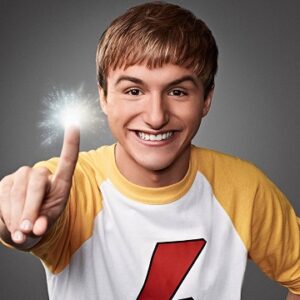 The American YouTuber Lucas Cruikshank has been instrumental in spreading awareness of the video-sharing website. He made Fred Figglehorn, a 6-year-old youngster with anger management issues, at the age of 13, played the part, and uploaded the films to YouTube. These films quickly gained traction, which inspired him to launch a video series on a dedicated Fred channel in 2008. The first YouTube channel to surpass 1 million subscribers was this one. Nickelodeon, a satellite television network currently owned by Viacom, aired spin-off shows of Fred between 2010 and 2012, capitalizing on the character’s enormous popularity. The Fred channel no longer produces new content, however, the older videos continue to receive a considerable amount of views. In addition to making and uploading YouTube videos, Lucas Cruikshank, who goes by the name “Lucas,” is also considering a future in traditional acting and dancing.

Lucas produced and starred in the first Fred video, which was posted to YouTube in the latter half of 2005. But that wasn’t his first attempt at a character. Together with his twin cousins Jon and Katie Smet, Lucas established JKL Productions earlier that year, and ever since, he has experimented with a variety of personas.

However, none of the videos became popular until JKL Productions’ 2005 upload of the first Fred video, “Fred on Halloween.” The portrayal of 6-year-old Fred and his troubled family quickly gained notoriety, turning Lucas into an overnight sensation.

By 2008, Fred had achieved such a level of popularity that Lucas launched the dedicated Fred channel the same year. The films and merchandise for Fred brought in a total of $14,000 for JKL Productions in just one calendar year.

However, soon after, Lucas Cruikshank made the announcement that JKL Productions was no longer his home and even removed his individual films from the channel. He began broadcasting on his own channel, “Lucas,” in January 2009. He appeared as both himself and Fred in the episode “iMeet Fred” of the Nickelodeon program “iCarly” in February 2009. He made an appearance in the Hannah Montana musical comedy television episode “Come Fail Away” that same year (2006-2011).

As a result of his collaboration with Nickelodeon, Lucas Cruikshank elevated Fred’s character. “Fred: The Movie,” which Cruikshank produced in 2009, debuted on Nickelodeon in September 2010 rather than on YouTube. The television network invested in the sequels’ production and established a franchisee around the character.

The third and fourth Fred films, “Fred: The Show” and “Fred 2: Night of the Living Fred,” debuted in 2011 and 2012, respectively. The primary Fred series came to an end with the final installment.

Lucas Cruikshank landed the title part in another series, “Marvin Marvin,” on the same network nearly immediately after the Fred series came to an end. The first season of this show was canceled after it was determined that it was not a success and did not garner high ratings. After that, Lucas Cruikshank started frequently uploading videos to his own “Lucas” YouTube channel, which has over 2.5 million subscribers today.

Every Sunday and Wednesday, he adds new videos to his channel. He often guests stars in his brother Jacob’s films. Along with his YouTube career, he is currently pitching new show ideas to television networks and going on TV and film auditions.

Dave Alan Cruikshank and Molly Jeanne Cruikshank welcomed Lucas into the world on August 29, 1993. His ancestors are Scottish, German, and Irish. Currently, Lucas and his family—which also includes his two brothers, Jacob and Ethan—and five sisters—reside in his hometown of Columbus, Nebraska.

He graduated from Nebraska’s Lakeview High School. Since entering the fourth grade, Jacob has been taking dance lessons since he enjoys it so much. He currently attends classes in tap, jazz, and hip-hop.

Lucas Cruikshank acknowledged in a video that he is gay and that his family is aware of this in 2013. He is currently dating Matthew Fawcus, whom fellow YouTuber and blogger Kingsley introduced to him.

American actor and comedian Lucas Cruikshank has a $5 million dollar net worth. Lucas Cruikshank, who was raised in Columbus, Nebraska, attended Lakeview High School. He started making YouTube videos with his cousins, and while experimenting with different characters, he came up with the Fred Figglehorn persona. Six-year-old Fred Figglehorn lives in an unhappy environment and struggles with anger control.