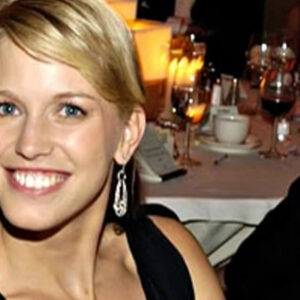 As one of the co-founders of the American multinational technology giant “Google,” Larry Page is without a doubt a well-known figure in the online community. He currently leads Google’s parent firm, Alphabet Inc., despite having previously led Google. Few people are aware of his better half, Lucinda Southworth, a stunning woman with a sharp mind who has supported him in all of his career and personal endeavors. The blonde beauty complements Larry in all the right ways, and during their nearly ten-year marriage, Lucinda, who has a graceful and elegant demeanor, accompanied Larry to numerous occasions and events. The pair that embodies genuine affection and love is gifted with two gorgeous kids. By trade, Lucinda is a scientist and researcher who is now pursuing a Ph.D. in biomedical informatics at Stanford University after graduating from the University of Pennsylvania and earning a Master of Science from the University of Oxford. She is a scientist and researcher by training.

Lucinda Southworth is the epitome of a beautiful brain. She comes from a well-off, highly educated family and has succeeded in earning high degrees from prominent colleges. She has also drawn the notice of her brilliance and her incredibly refined, friendly attitude.

She subsequently continued her education by enrolling in the prestigious Stanford University, a private research university in Stanford, California, where she is currently seeking a Ph.D. in biomedical informatics. She conducts comparative analyses of data expression in eukaryotic organisms as part of her studies.

Google co-founder Larry Page fell for the charming personality of this exquisite, stunning blonde with blue eyes and striking features. According to reports, Larry and Lucinda began dating in 2006, and after one and a half years of courting, they decided to take the next important step and be married in 2007.

To exchange her vows with Larry, Lucinda chose Necker Island, a captivating island in the British Virgin Islands owned by British business mogul Sir Richard Charles Nicholas Branson. There were 600 guests at their lavish wedding, including some well-known figures like Donald Trump, Gavin Newsom, and Oprah Winfrey.

The event received a lot of media attention. The couple has been spotted together at numerous gatherings and events, such as the dinner for Canadian journalist and Vanity Fair editor Edward Graydon Carter and his wife Anna Scott and the Vanity Fair post-Oscar Party in Hollywood.

Her participation in various welfare and humanitarian endeavors reveals the philanthropic side of this well-known researcher and wife of one of the most powerful businesspeople. She has never shied away from giving back to the world, whether it be by helping with medical work in South Africa or teaming up with her husband to donate $15 million to fight the Ebola virus epidemic in West Africa through their family foundation, the “Carl Victor Page Memorial Fund,” in November 2014.

Dr. Van Roy Southworth and Dr. Cathy McLain welcomed Lucinda Southworth into the world on May 24, 1979, in the United States. Her mother, an education psychologist, founded the US organization “Stepping Stones International Organization” as well as the Republic of Georgia-based NGO “McLain Associations for Children” to assist children who are physically and mentally challenged around the world.

Her father, a Stanford University Ph.D. holder, worked for the World Bank. The role of Dr. Claire Simpson in the American prime-time television series “General Hospital: Night Shift” made her older sister Carrie famous in the United States. Two children were born to Lucinda and Larry in 2009 and 2011, respectively.

According to the sources, Lucinda Southworth’s entire net worth is estimated to be close to $1 billion USD.