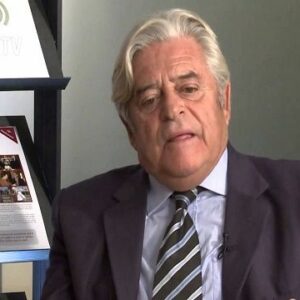 From 1990 to 1995, Uruguay’s President was Luis Alberto Lacalle. Given his familial history, it’s hardly unexpected that he played an important part in Uruguayan politics. Politics runs in his family, as he was born to Mara Hortensia de Herrera de Lacalle, the daughter of Blanco political leader Luis Alberto de Herrera. He has been interested in politics since he was a child. He began his political engagement at the age of 17 when he joined the National Party. He desired to be a lawyer as a student and earned a law degree from the University of the Republic’s law school. He was also a journalist who authored political analysis columns. His interest in politics grew over time, and he was elected deputy for Montevideo, a position he held until the previous parliament was dissolved by a coup. He returned to politics after the country’s democracy was restored after a few years. His previous political achievements prompted him to run for president, and he was elected President of Uruguay in 1990. He undertook numerous measures as president in order to promote his country’s economic prosperity.

Carlos Pedro Lacalle Nuez and Mara Hortensia de Herrera de Lacalle had Luis Alberto Lacalle on July 13, 1941 in Montevideo, Uruguay. His mother was the daughter of Luis Alberto de Herrera, a well-known political figure for whom Lacalle was named. Agnes is his sister.

He was naturally attracted towards politics from a young age, coming from a political family. He became a member of the National Party when he was only 17 years old. In the 1958 election campaign, he accompanied his grandfather, Luis Alberto de Herrera.

He enjoyed writing and began working as a journalist for the magazine ‘Clarin’ in 1961. He combined his love of writing with his interest in politics by penning political analysis pieces. He wanted to be a lawyer, so he enrolled in the law school at the University of the Republic, where he graduated in 1964.

Luis Alberto Lacalle entered politics in 1971 and was elected deputy for Montevideo. However, he could only hold this position until 1973, when then-President Juan Mara Bordaberry staged a coup and dissolved parliament, establishing the National Security Council, which led to military rule.

Luis Alberto Lacalle was a staunch supporter of democracy and a vocal opponent of the country’s authoritarian control. He was captured and imprisoned for a few weeks after the coup. Following his release, he became involved in clandestine operations as well as political activism aimed at overthrowing the military dictatorship.

He contributed a guest essay to the weekly ‘Courier Friday and Review’ in 1981. In the early 1980s, he also began a career in broadcast journalism, hosting his own show on Montevideo’s Radio Carve called “Country and Party.”
In 1981, he created the Herrerista National Council and became its Secretary General. The White Party’s Council was one of three internal groups.

In the 1982 internal elections, he received a respectable vote and was elected to the party’s Board of Directors. After a few years, he became the host of the nationalist radio program ‘Patria and Party,’ which promoted the herrerista beliefs. In 1984, the country’s democracy was restored, and he was elected to the position of tor. He went on to become the Senate’s Vice President.

In 1989, he stood for president with his Herrerismo faction’s running mate, Gonzalo Aguirre. The National Party triumphed, and Lacalle defeated Carlos Julio Pereyra and Alberto Zumarán for the most votes inside his party.
As a result, he was elected President of Uruguay on March 1, 1990, for a five-year term. He quickly went to work enacting tax reforms, raising sales and income taxes while also introducing a few new taxes.

He supported a free market economy as president and had big ambitions to accomplish specific economic reforms. One of his biggest projects, a plan to privatize Uruguay’s state-owned enterprises, was, however, defeated in a vote.
In the 1994 national elections, he chose his Interior Minister, Juan Andrés Ramrez, as the Herrerismo faction’s presidential candidate. The National Party, on the other hand, narrowly lost the elections to the Colorado Party. On March 1, 1995, his presidency came to an end.

Luis Alberto Lacalle is the father of four children with Mara Julia Pou Brito del Pino: Pilar, Luis Alberto, Juan Jose, and Manuel. In addition, he is a grandfather.

Luis is one of the wealthiest politicians and one of the most popular. Luis Alberto Lacalle’s net worth is estimated to be $1.5 million, according to Wikipedia, Forbes, and Business Insider.