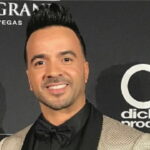 Luis Alfonso Rodrguez López-Cepero, better known by his stage name Luis Fonsi, is a Puerto Rican musician and songwriter who rose to fame thanks to his hit song “Despacito.” For the song, he received four Latin Grammy Awards. He’d always loved music and knew he was destined to be a singer since he was a child. He was a member of a neighborhood children’s choir as a child. On a scholarship, he went to the Florida State University School of Music to study music. He was able to travel and sing all over the world thanks to the university’s choir. He did not complete his studies, though, and finally dropped out to pursue a career in music. His debut album, ‘Comenzaré’ (I Will Begin), was a huge success and launched his career. After a string of studio albums, he soared to worldwide fame in 2017 with the song ‘Despacito,’ which topped the charts in more than 50 nations and spent an inordinate amount of time in the US Top 40. It was the most streamed song and the most watched video on YouTube at one point, with five billion views as of May 2018.

Luis Fonsi was born in San Juan, Puerto Rico, on April 15, 1978, to Alfonso Rodrguez and Delia ‘Tata’ López-Cepero. Tatiana Rodrguez and Jean Rodrguez, two of his younger siblings, are also singers.
He has always loved music and was enthralled by the popular group Menudo since he was a child. In addition, he became a member of the San Juan Children’s Choir.

He was a member of the ‘Big Guys’ music group at Dr. Phillips High School in Orlando, Florida. He received a scholarship to the Florida State University School of Music in 1995, where he majored in vocal performance.
He joined the Florida State University Singers, the school’s choir, and was able to travel to different areas of the world to perform. He produced some demo tapes in Miami during that time, and Universal Music Latin quickly offered him a recording contract.

Luis Fonsi’s debut album, ‘Comenzaré’ (I Will Begin), was a near-overnight hit in Puerto Rico and across Latin America when it was released in 1998. ‘Perdóname,’ ‘Si T Quisieras,’ ‘Dime Como,’ and ‘Me Iré’ were among the album’s singles.

He sang at the Great Jubilee Concert for a Debt-Free World on May 1, 2000, which was attended by Pope John Paul II. Fonsi received a Latin Grammy Award for a song he wrote for Puerto Rican vocalist Ednita Nazario that same year.

His third studio album, ‘Amor Secreto,’ was released on March 12, 2002 by Universal Music Latino (Secret Love). He released his first English album, ‘Fight the Feeling,’ in the same year, and tried a crossover with the single ‘Secret.’ He also opened for Britney Spears at her Dream Within a Dream performances in the United States and Mexico that year.

On October 28, 2003, he released his fifth album, ‘Abrazar la Vida.’ The album reached number three on Billboard’s Top Latin Albums chart and was certified platinum (Latin) by the Recording Industry Association of America. In the same year, he performed in China at Miss World 2003, which was broadcast live to millions of people around the world.

For her album ‘Free Me,’ released in 2004, he recorded ‘Amazing’ with British singer Emma Bunton of the band Spice Girl. In the same year, he appeared in ‘Corazones al lmite,’ a Mexican television serial drama.
In 2005, he released his album ‘Paso a Paso.’ It received Disco De Platino certification for 200,000 unit exports in the United States. The album’s lead track, “Nada Es Para Siempre,” reached number one on the charts and was nominated for a Latin Grammy Award.

His breakthrough year was 2017, when he released his hit “Despacito,” which featured Daddy Yankee. The track was published exclusively in Spanish at first, and it became a huge hit in places where Spanish is the primary language.
Justin Bieber, a Canadian musician, did an English remix of the song in April 2017, singing in both English and Spanish. Following the release of the remix, the song began to ascend the charts in the United States, the United Kingdom, and a number of other countries.

The remix eventually peaked at number one on the Billboard Hot 100 in the United States for the week. It was also Fonsi’s first number one single. For 16 weeks, the song was at the top of the charts.
He released a new single, ‘Échame la Culpa,’ in November 2017, which debuted at number three on the Hot Latin chart.

On Billboard’s Top Latin Albums chart, Fonsi’s album “Comenzaré” reached number 27. It was certified platinum by the Recording Industry Association of America (RIAA) after selling 100,000 copies. Colombia, the Dominican Republic, El Salvador, Mexico, and Venezuela all had strong sales of the album.

‘Despacito,’ his Spanish track, was a massive hit. Its video had received five billion views on YouTube as of May 2018. The song topped practically every Latin Billboard chart, and the video became the most viewed video on the planet.

Luis Fonsi began to develop feelings for the Puerto Rican actress Adamari López around 2003. He cancelled an international tour in the middle of 2005 after learning of López’s cancer diagnosis. For her treatments and business responsibilities, he accompanied her to Mexico, Miami, and Puerto Rico.

Fonsi was then romantically related to gueda López, a Spanish model. Mikaela, their daughter, was born in December 2011. After three years of living together, the couple married on September 10, 2014. On December 20, 2016, their son Rocco was born.

Luis Fonsi has a net worth of $20 million.

The video for “Despacito” was shot in La Perla, a Puerto Rican neighborhood devastated by Hurricane Maria. Fonsi wanted to help with the recovery of the neighborhood, so he established a relief fund.