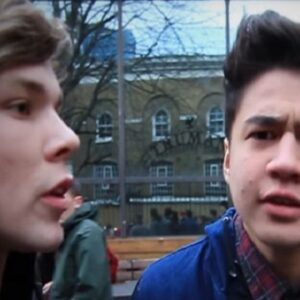 Luke Hemmings’ name may only be familiar to hardcore rock/pop music fans, but mention 5 Seconds of Summer (5SOS) and watch the person next to you light up! For a long time, 5SOS has been the buzz of the town, and no one can stop themselves from dancing like no one is watching whenever their song is played! And we owe it to the one and only Luke Hemmings to thank for this wonderful thing in life! Luke formed the band with his college friends and first shared their great music covers on YouTube, where they quickly gained a following. The next thing we know, the band with Luke at the helm is hitting our television screens and has amassed over 2 million YouTube subscribers! Luke has proven that nothing will stand in the way of his passion—making beautiful music—with a voice that can make anyone fall in love with it.

Luke Hemmings may have over half of the adolescent population drooling over him, but he is one of the rare celebrities that came from modest roots. Luke has always known that his destiny lay in music, having grown up listening to great bands like ‘Good Charlotte.’ Taking that path, he turned to YouTube to showcase his acoustic versions of various songs, playing his guitar in front of an audience he never imagined would number in the thousands. Let’s jump ahead a few years. Luke and his college friends who had a passion for music created a band called 5 Seconds of Summer (5SOS) and used YouTube as their platform to distribute their music.

Luke and the band quickly became a YouTube favorite after posting covers of songs by other artists, and they were showered with limitless praise and appreciation. This had the added benefit of 5SOS being quickly spotted by the popular boy band ‘One Direction,’ who invited them to join their world tour. The Australian band found its international platform as a result of this, and has only climbed the success ladder higher since then! It was just a matter of time until Luke’s band received the attention it deserved: 5SOS won the American Music Award for New Artist of the Year in 2014. Luke is now a well-known singer, with over tens of thousands of people attending his shows. He has not only dominated YouTube with his talents, but he is also creating waves on Instagram and Twitter. Luke is undoubtedly one of the biggest musicians of this generation, with over 8 million online followers and counting, and he will continue to bless the public with his incredible musical abilities!

Luke appears to be very outgoing and easygoing, according to all the admirers who can’t stop their knees from turning weak once he hits the stage! Luke, however, admitted in a recent interview that he has always been shy and reclusive, and that his rise to popularity has made him more friendly.

Since he was caught with Arzaylea during one of his concerts, Luke’s personal life has been a big issue among his fans. Soon after, he made it official that he and Instagram addict Arzaylea were dating, and the two even made a few public appearances together.

Lukas Robert Hemmings was born in Sydney, Australia, on July 16, 1996, to Liz Hemmings, a math teacher, and Andrew Hemmings. He has two brothers, Ben and Jack, with whom he enjoys skiing together.

Luke Robert Hemmings has a net worth of $20 million.