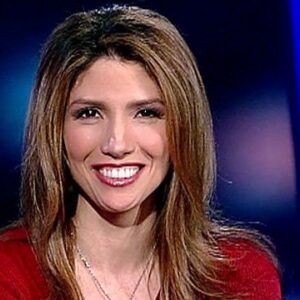 American journalist Lynda Lopez is well-known and has worked for many media outlets. She is the younger sister of Jennifer Lopez, a well-known pop music performer. When she was still pursuing her further education, Lynda started her radio broadcasting career at WBAB and WLIR on Long Island. Later, she worked for Long Island radio station WXXP-FM. At these stations, she served as the music director and assistant program director. She also worked for WKTU as a DJ during the late-night shift. She spent five years working at several radio stations before joining the morning show at WPIX as an entertainment correspondent. In addition to being an RJ, Lynda has been involved in the television industry, contributing as a VJ and host to a number of shows. She has covered events and several channels as an entertainment reporter. She co-anchored a number of news programs. Lynda Lopez has received an “Emmy Award” for her efforts as a news anchor. She was also listed in the 1993 edition of “Who’s Who Among American Hispanics.”

On June 14, 1971, Lynda Lopez was born in the well-known neighborhood of the Bronx in New York City. David Lopez, a computer specialist, and Guadalupe Rodriguez, a kindergarten teacher, are her parents. Leslie and Jennifer are her sisters.

She finished her education in the Bronx and received her diploma from Preston High School in 1989. She continued her education at Long Island University’s C.W. Post Campus after that, where she received a degree in broadcasting and communications.

Since the early 2000s, Lynda Lopez has collaborated with numerous radio stations. She worked at WPIX, a virtual and VHF digital channel, from 2000 to 2002, and then spent three years at WCBS, the CBS television network’s flagship station in New York City.

She spent a brief period of time in 2007 working for WNYW, Channel 5, the flagship station of the Fox Television Network with offices in New York and New Jersey. She also held a position at WWOR-TV in the 2000s, which is the primary station for the MyNetworkTV service, and has a Secaucus, New Jersey license.

She has been employed at Entercom-owned WCBS-AM, a flagship station of CBS Radio News, since 2014 and is currently doing so.

Along with Kane and Rebecca Rankin, Lynda Lopez worked as a VJ for VH1 in the late 1990s and early 2000s. She conducted an interview with her own sister Jennifer, a well-known pop music icon at the time, for a special VH1 program in the year 2000. The two talked extensively about their upbringings and J-ascent Lo’s to fame during the program. The show featured songs by Jennifer Lopez, including her most recent hit at the time, “Feelin’ So Good,” which had its VH1 premiere.

Lynda was also a morning news entertainment reporter for the WB11 in New York City at this time. In 2002, she later rose to co-host the Style Network program “GLOW.” This cable TV program focused on themes related to women’s appearance.

During this time in her career, she also worked as a reporter for an entertainment publication. She simultaneously reported on entertainment for WNBC-TV, E! News Live, and WNJU, a network that broadcast in Spanish.

She started working as a part-time correspondent for WCBS-TV in late 2003. She stayed there for a while before being named the anchor of the weekend morning show on WCBS in August 2004. She has never worked as an anchor before. But Lynda had little to no on-air coverage beginning in early 2006 for unspecified reasons, and she subsequently departed her position at WCBS-TV in June of that same year.

On July 29, 2006, Lynda Lopez made her television debut as Mike Gilliam’s co-anchor on the WWOR-TV program “My 9 Weekend News at 10.” News-Corp was the channel’s owner. After that, in 2007, she changed to WNYW-“Good TV’s Day New York.” She was later appointed the 11 am timeslot anchor of “Fox 5 Live.” Reid Lamberty, who was once employed by WNYW-TV as well, joined her on Fox 5.
Lynda co-produced the documentary “Los Jets” in 2014. She collaborated on the production of the documentary “Neighborhood Sessions: Jennifer Lopez” the year after.

In the year 1993, Lynda Lopez was included in the “Who’s Who Among American Hispanics” list.
She received an Emmy in 2001 for “Outstanding Morning News Program.”

Lynda Lopez met New York-based DJ Chris Booker in 2002 while she was employed as a DJ by WNEW-FM. He worked as an entertainment tonight correspondent as well. They quickly started dating, however, they broke up in early 2005.

Lucie Wren Lopez-Goldfried is the name of the daughter that Lynda and her partner, Adam Goldfried, welcomed in August 2008.

One of the wealthiest and most well-known journalists is Lynda Lopez. Our study of Lynda Lopez’s net worth from sources including Wikipedia, Forbes, and Business Insider indicates that it is roughly $1.5 million.