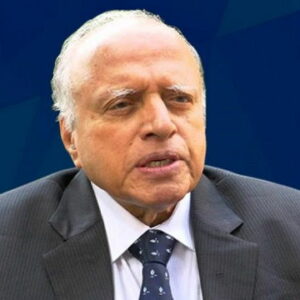 Dr. M.S. Swaminathan is a well-known Indian geneticist and administrator who helped make India’s Green Revolution initiative a success, making it self-sufficient in wheat and rice production. His father, a surgeon and social reformer, impacted him greatly. After completing his zoology degree, he studied agricultural science at Madras Agricultural College. The catastrophic Bengal famine of 1943 affected his career choice as a geneticist. He sought to help poor farmers enhance food production. He began his career at the Indian Agricultural Research Institute in New Delhi, where he led the ‘Green Revolution’, which delivered high-yielding wheat and rice saplings to poor farmers. In the decades that followed, he worked in various Indian government departments, introducing Mexican semi dwarf wheat plants and modern farming methods. TIME magazine named him one of the twenty most influential Asians of the twentieth century. He has received numerous national and international accolades for his work in agriculture and biodiversity.

His father died when he was 11 and he was raised by his uncle, M. K. Narayanaswami, a radiologist. He attended Kumbakonom Little Flower High School and afterwards Trivandrum Maharajas College. He earned his zoology degree in 1944.

A Career of M. S. Swaminathan

The Bengal famine of 1943 inspired him to study agriculture. Agriscience B.Sc. (Madras Agricultural College)
After graduating in genetics and plant breeding from the Indian Agricultural Research Institute (IARI) in 1949. With a UNESCO Fellowship, he studied genetics at Wageningen Agricultural University in the Netherlands.

He continued his IARI potato genetics study there, standardising processes for transferring genes from wild Solanum species to the cultivated potato, Solanum tuberosum.
After graduating from Cambridge University’s School of Agriculture in 1952 with a PhD in “Species Differentiation and the Nature of Polyploidy in Certain Species of the Genus Solanum – Section Tuberarium,”

He then worked as a postdoc at the University of Wisconsin. He turned down a full-time academic job at the university and returned to India in early 1954.
From 1954 through 1966, he worked at the Indian Agricultural Research Institute in New Delhi. He was IARI’s Director from 1966 to 1972. From 1954 through 1972, he worked at the Central Rice Research Institute in Cuttack.

Member of the National Commission on Agriculture from 1971–77. From 1972 to 1979, he headed the Indian Council of Agricultural Research (ICAR).

In 1979–80, he was Principal Secretary in the Indian Ministry of Agriculture and Irrigation. A vice-chairman of the Indian Planning Commission in the mid-1980s.

The Planning Commission (Agriculture, Rural Development, Science, and Education) of India from June 1980 to April 1982. He was also Chairman of the Science Advisory Committee to the Indian Cabinet.

In 1981, he was elected Chairman of the Working Groups on Blindness and Leprosy Control. The National Biotechnology Board Chairman in 1981-82. From 1981–85, he chaired the FAO Council as an independent.

The International Rice Research Institute (IRRI), Philippines, from April 1982 until January 1988. He chaired the Planning Commission’s Environment and Forestry Steering Committee in 1988-89. He was President of WWF-India from 1988 to 1996.
He led the International Union for Conservation of Nature and Natural Resources from 1984–90.

He served on the editorial advisory board of the World Resources Institute from 1986 to 1999. ‘World Resources Report’ he conceived
He led the Commonwealth Secretariat Expert Group from 1988–99. He founded Iwokrama International Rainforest Conservation and Development.

He led the World Humanity Action Trust’s Commission on Genetic Diversity in 1994. He also chaired the Consultative Group on International Agricultural Research’s Genetic Resources Policy Committee.
The Government of India’s Committee for Research on Agricultural Exports from 1994 to 1997. He led the Committee to Restructure Agricultural Education in 1996-97.

President of India’s Committee to Address Regional Agriculture Inequities from 1996–98.
He chaired the National Biodiversity Act Committee in 1998. He established the Gulf of Mannar Biosphere Reserve Trust in 1999. In 2000–01, he chaired the Tenth Plan Agriculture Steering Committee.

He was elected Rajya Sabha in April 2007. Then from August 2009 until August 2010, he served on the Agriculture Committee.
His current positions include: UNESCO-Cousteau Professor in Ecotechnology for Asia, Adjunct Professor in Ecotechnology at the University of Madras’ Centre for Advanced Study in Botany, and IGNOU Chair on Sustainable Development.

He joined the Indian Council of Agriculture Research Society in August 2010 and the Committee on Science and Technology, Environment and Forests in September 2010.
He is currently on the Leadership Council of Compact 2025, a non-profit organization dedicated to eradicating malnutrition in the next decade.

Dr. Swaminathan is credited with initiating India’s “Green Revolution.” He’s a good writer. His publications include ‘Building a National Food Security System, 1981′ and ‘Sustainable Agriculture: Towards an Evergreen Revolution, 1996′.

Dr. Swaminathan has won numerous honors for his work in Agricultural Science. Among his many honors are the Ramon Magsaysay Award for Community Leadership, the Albert Einstein World Science Award, the UNESCO Mahatma Gandhi Prize, and the Lal Bahadur Sastri National Award.

He was awarded the Padma Shri in 1967, the Padma Bhushan in 1972, and the Padma Vibushan in 1989. He also possesses approximately 70 honorary PhD degrees from universities worldwide.

The Dr. and Mrs. Swaminathan were married on April 11, 1955. They have three daughters.