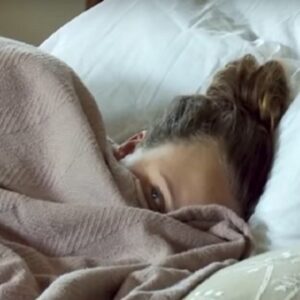 Anyone who watches the reality show ‘Teen Mom’ knows who Maci Bookout is. ‘Teen Mom,’ an MTV documentary reality show, follows the lives of four women as they navigate the early years of motherhood while attending college or working full-time jobs. In the presentation, Maci demonstrated that no matter how difficult teenage pregnancies may appear, you can still achieve anything your heart desires, and no one can stop you! Maci has even appeared on talk shows to raise awareness about teenage pregnancies, now that she has a journalism degree and the label of author attached to her name. And if you haven’t seen the reality show yet, now is the time to do so! ‘Teen Mom,’ with all of its drama and comedy, will have you fascinated for hours, and you will not be disappointed!

Maci Bookout made headlines from the minute she was cast as a contestant on the infamous reality show ‘Teen Mom.’ The show, which is a spin-off of the previous blockbuster documentary series ’16 and Pregnant,’ follows four teenagers during their first years as mothers. Maci rose to stardom quickly after her first few episodes, quickly establishing herself as a reality star and gaining a place in the hearts of fans. ‘Teen Mom’ proved to be a great start in Maci’s career, with her exciting life on full display, including both the bright, happy days and the dreary, blue days. Maci’s rigorous, no-nonsense attitude throughout the program has also helped her strike a connection with the public, with fans flocking in the hundreds to vote for their favorite ‘Teen Mom’ star. Maci’s admirers proved to be her rock, standing by her and providing sympathies after her breakup, joining her in her joy when she found true love, and even announcing pregnancy! Then, thanks to her followers’ unwavering support, Maci’s career soared to even greater heights of recognition. Miss Bookout’s fame has now migrated to social media, with a YouTube channel that delves into the details of her life and a glitzy Instagram account with over 3.5 million followers. Maci’s celebrity was certain to rise, and with a show that has elicited both love and hate, her stardom is set to rise even higher!

What is it about Maci Bookout that makes it so unique?

Being a celebrity is difficult because your life and everything you do is continuously scrutinized by the public. And for Maci, whose reality show has been the target of hate comments for a long time, nasty criticism was all too familiar territory. Even the announcement of her pregnancy was met with harsh disdain; yet, Maci rose above the negativity and opted to ignore everything that brought darkness into her otherwise happy days. She even expressed her mind in interviews, extolling the benefits of being ignorant to the hostility and living the life you’ve been given to the fullest. This demonstrates how mature and empathetic this actress is, as well as her role as an inspiration to others who look up to her.

Beyond Notoriety Of Maci Bookout

Maci previously had a boy named Bentley Cadence Edwards with Ryan Edwards, with whom she had her first kid. Maci found love again after the couple split up, and she is now married to Taylor McKinney, with whom she has a daughter, Jayde, and a son, Maverick. Maci’s growing, happy family has become the focus of her Instagram and Twitter posts, with a plethora of photos and videos.

Maci Deshane Bookout was born in Chattanooga, Tennessee, on August 10, 1991. Her mother Sharon Bookout reared her and her older brother Matt. This young woman was well-known among her classmates for her outstanding cheerleading and softball abilities before becoming a reality star. Miss Bookout has also built a name for herself as a novelist, with the release of her debut book, ‘Bulletproof.’

Estimated Net Worth Of Maci Bookout