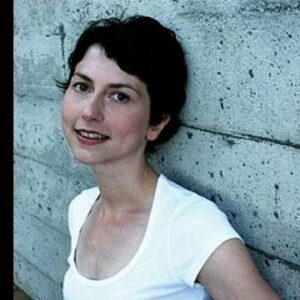 MacKenzie Scott is an ex-wife of Jeff Bezos, the creator of Amazon.com. She is an American novelist, philanthropist, and ex-wife of Jeff Bezos, the founder of Amazon.com. Toni Morrison, a prominent writer and Nobel winner, was her English professor in college, and she continued to train and research with her after graduation. In 2006, the ‘American Book Award’ for ‘Outstanding Literary Achievement’ was given to her. Jeff Bezos and MacKenzie Scott have been extremely supportive of each other’s professions. Her one-star review of Brad Stone’s book The Everything Store: Jeff Bezos and the Age of Amazon was favorably received, since it highlighted the flaws in the book that she believed did not accurately portray her husband’s business. Jeff and MacKenzie split in 2019 after having four children together. She is a supporter of various charities and has pledged to donate at least half of her fortune to them. She married Dan Jewitt, a high school teacher, in 2021.

MacKenzie Scott Tuttle was born in San Francisco, California, on April 7, 1970. Her father worked as a financial advisor, while her mother stayed at home. She attended Hotchkiss High School in Hotchkiss, Connecticut, and graduated in 1988.

She enjoyed reading and writing stories as a child. Her parents supported her by providing her with the best education possible for a journalist. Her first attempt at writing was when she was six years old, when she created The Book Worm, a 142-page manuscript book.

MacKenzie Scott began her work as a research assistant to Tony Morrison, which she found to be a valuable learning experience after college. Tony Morrison is her mentor, she says.

Her debut novel, The Testing of Luther Albright, took her nearly ten years to finish. This was the time when she was assisting her husband with the launch of Amazon.com, as well as raising their four children through their formative years. The story follows the trials and tribulations of a dedicated father whose job and family are jeopardized. The book was an instant hit and garnered positive feedback.

Traps, her second novel, contains all the elements of a Hollywood thriller. The plot centres around four women from all walks of life who meet while on a four-day road trip. In her novel, MacKanzie kept her style of intertwining a range of personalities.

In her writing, MacKenzie Scott has always been fairly objective. She gave the book The Everything Store: Jeff Bezos and the Age of Amazon by Brad Stone a one-star rating in a review for ‘Bloomberg Businessweek’ in 2013. Her review was titled ‘An Amazon.com Review,’ and it pointed out the inconsistencies and misrepresentations of Amazon.com’s work culture that Brad Stone had brought up. The response to the review was varied. Shel Kaphan, one of Amazon’s original workers, countered MacKenzie’s claim with a four-star rating of Brad Stone’s Amazon.com account.

Despite the fact that Brad did not quite agree with her, he expressed gratitude for the kind feedback on his book. Her key point was that the book implied that Bezos left DE Shaw to pursue his new notion of internet marketing after reading The Remains of the Day, which was not the case because he read the book much later.

She is a natural activist who is known for always standing up for the underprivileged. She started the ‘Bystander Revolution,’ an anti-bullying movement, in 2014. It offers a website with hundreds of unscripted films featuring students, celebrities, and specialists discussing ways to deal with bullying. She is now the foundation’s executive director and is actively involved in its operations.

She also posted a one-star review of Brad Stone’s book “The Everything Store: Jeff Bezos and the Age of Amazon.”

In acknowledgment of her novel The Testing of Luther Albright, MacKenzie Scott received the 2006 ‘American Book Award’ for ‘Outstanding Literary Achievement.’ The book was also named “Book of the Year” by the Los Angeles Times.

MacKenzie Scott met Jeff Bezos while working at DE Shaw, a hedge fund firm in New York City. After a brief courtship, they fell in love and married in 1993. They then relocated to Seattle, Washington. Her husband began his online marketing business here, and eventually launched Amazon.com, the world’s largest online retailer. They have three sons and a daughter who was adopted.

The couple announced their separation in January 2019, and their divorce was finalized on April 4, 2019. MacKenzie Scott received 25% of Amazon shares as part of her divorce settlement, which was worth $35.6 billion at the time, making her the world’s third richest woman.

She married Dan Jewitt, a high school science teacher, in 2021, and they now live in Seattle with their four children.

MacKenzie Scott has a net worth of $53 Billion.

She has vowed to contribute at least half of her money to charity as part of the ‘Giving Pledge’ initiative.