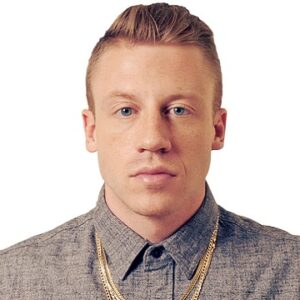 Macklemore is an American singer and rapper best known for being a member of the hip hop group Macklemore & Ryan Lewis. Macklemore and Ryan Lewis began working together in 2009 and are most known for the songs “Thrift Shop” and “Can’t Hold Us.” The duo won multiple prizes throughout their successful collaboration, including Grammy Awards for Best Rap Album, Best New Artist, Best Rap Song, and Best Rap Performance for ‘Thrift Shop.’ After more than eight years together, Macklemore and Ryan voluntarily parted ways, citing the need for both of them to have their own creative space. Macklemore has also released a mixtape, three EPs, and four albums on his own. He was always interested in music and began writing lyrics as a teenager. During his high school years, he formed a hip hop group called Elevated Elements with a few other pupils. He launched his full-fledged musical career in the 2000s and quickly rose to international success. This talented singer and rapper battled drug addiction in the past, but he is now drug-free after completing a recovery program.

Macklemore was born Benjamin Hammond Haggerty in Kent, Washington, parents Bill Haggerty and Julie Schott on June 19, 1983. He grew up in Seattle with his brother Tim.

He first became aware of hip hop when he heard the music of the group Digital Underground on the radio when he was six years old. He listened to a lot of underground hip hop from the East Coast. He began writing lyrics when he was a teenager.

He joined a program called Gateways for Incarcerated Youth, where he arranged music workshops, in order to reach out to the younger generation through his music.
He graduated from Nathan Hale High School in 2009 with a bachelor’s degree from Evergreen State College.

Professor Macklemore made his debut in 2000 with the ‘Open Your Eyes’ EP, which he distributed independently. He released his debut album, ‘The Language of My World,’ five years later in January 2005, and quickly gained a large local following.

Macklemore and his friend Ryan Lewis formed the combo “Macklemore & Ryan Lewis” in 2009 and produced an EP called “The Vs. EP.” They released the track ‘Irish Celebration’ in December 2009.

The duo released two tracks in 2010: ‘Stay At Home Dad’ in March and the ‘VS. Redux EP’ in October, which generated the smash ‘Otherside,’ which samples the Red Hot Chili Peppers song of the same name. The duo performed the song in front of a crowd of around 48,000 people at the 2011 Mariners Opening Day on April 8, 2011.
‘Wings’ was launched on January 21, 2011, followed by ‘Can’t Hold Us’ on August 16, which went popular on social media. The duo also performed three sold-out gigs at Seattle’s Showbox at the Market in the same year.

Macklemore also appeared at a number of US music festivals in 2011, including Bonnaroo, Bumbershoot, Lollapalooza, Outside Lands, Rock the Bells, SoundSet, and Sasquatch.

Macklemore and Lewis released their debut album, ‘The Heist,’ on October 9, 2012, and it debuted at number two on the US Billboard 200. Within a week, it had sold over 78,000 copies. ‘Same Love’ and ‘White Walls’ were released the same year.

Macklemore was named an emerging artist in Music Choice’s new series ‘Primed’ in January 2013, and he appeared alongside 2 Chainz and DA on Clinton Sparks’ single ‘Gold Rush’ in May.

The tune ‘Thrift Shop,’ by Macklemore and Ryan Lewis, achieved No. 1 on the US Billboard Hot 100 the same year. Billboard credited the track as the first song to top the Hot 100 list without the help of a major record label since 1994. On YouTube, it has surpassed a billion views by December 2016.

Macklemore released ‘Growing Up (Sloane’s song)’ for free download on August 5, 2015, and a few days later, he released ‘Downtown.’ On August 30, he performed this song at the 2015 MTV Video Music Awards.

‘This Unruly Mess I’ve Made,’ the duo’s second album, was released on February 26, 2016. ‘Can’t Hold Us,’ their second single, reached No. 1 on the Hot 100 Chart, making them the first pair in chart history to have their first two singles hit the top spot.

Macklemore and his long-time collaborator Ryan Lewis agreed to take a hiatus from their collaboration in 2017 to focus on their separate businesses. Macklemore released ‘Glorious,’ his first solo song in 12 years, in June of the same year. Skylar Grey sings an encouraging hook on the track. The song is about skillfully navigating and conquering adversity.

Macklemore’s YouTube channel, ‘Macklemore LLC,’ which he founded on November 27, 2006, is also highly famous. As of June 2017, it had 4.8 million subscribers and over 2 billion views.

‘The Heist,’ Macklemore and Ryan Lewis’ debut studio album, is unquestionably one of their most well-known works. The album opened at number two on the Billboard 200, with the super-hit single “Thrift Shop” reaching number one on the Billboard Hot 100 and number one in 17 other countries. The album was a smash hit both commercially and critically.

Macklemore’s personal life is marked by his support for LGBT rights and same-sex marriage, which he emphasized in the song “Same Love.”

He was sent to a rehab program for drug abuse and drinking in August 2008. In 2011, after three years of recovery, he had a brief relapse, which he chronicled in his song “Starting Over.”

He proposed to his girlfriend Tricia Davis, whom he had been dating for seven years, on January 21, 2013.
Sloane Ava Simone Haggerty, his fiancée’s first child, was born on May 29, 2015. They married on June 27, 2015, after their daughter was born.

He is a loving father who desires to spend as much time with his daughter as possible. He’s now established a recording studio in his basement so that he can visit her more frequently during the day.

Macklemore has a net worth of $25 million as a rap artist and musician in the United States. Macklemore is a one-of-a-kind artist in the music industry because he rose to stardom without the help of a major record label. He pays Warner Bros. Records a little amount to advertise his recordings on the radio instead of signing a typical music deal. Macklemore frequently collaborates with producer Ryan Lewis, and the two have released several of Macklemore’s most popular songs together.