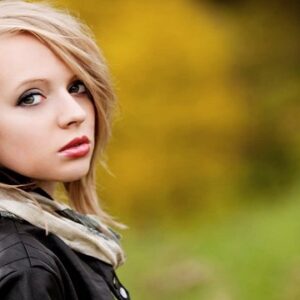 Madilyn Bailey is a gifted young American singer, songwriter, and YouTube personality who is regarded as one of the country’s top young pop musicians. With a great voice and a natural talent for singing, this accomplished singer transitioned from a licensed nursing assistant to a musician. She began by recording cover songs of well-known musicians and uploading them to the video-sharing website YouTube, where she quickly gained renown for her stylistic interpretations, attracting millions of visitors. Her musical adventure, which began with singing on tracks to music and progressed to producing her own music, has been incredible and highly received by her internet admirers, whose number continues to rise by leaps and bounds with each passing day. Her repertoire includes an album titled ‘Muse Box,’ which features covers of songs by other artists and bands such as ‘Titanium,’ ‘Radioactive,’ and ‘Believe,’ as well as an EP titled ‘Wiser EP,’ which features original compositions such as ‘Wiser’ and ‘Survivor.’ She is well recognized for her incredible cover of ‘Titanium,’ which has amassed millions of views. Bailey has also performed on foreign tours alongside other YouTube stars. Her electric performances add to the intrigue of her renditions, and her burgeoning international fame at such a young age will undoubtedly propel her forward in the years ahead.

Madilyn Bailey was born Madilyn Wold on September 2, 1992, in the community of Boyceville, Dunn County, Wisconsin, to Greg Wold and his wife Heidi Wold, a middle-class family. Her father works for an advertising agency. Isaac, Haley, Caden, Alex, and Jordan are her five siblings.

Madilyn attended ‘Grahams Elementary School’ throughout her early years. Her family recognized and supported her natural talent for singing and music from an early age. She began writing songs and playing music at the age of seven, and she was also a member of the ‘Boyceville High School’ marching band.

Despite her desire to pursue her musical talents further, she was raised in a small community of 1000 or so people with no chance to go to a region with better musical prospects. Like many other budding stars, she decided to start with ‘YouTube.’

She began by filming covers in her bedroom using a cheap camera and posted them to YouTube. These included popular songs by Madonna and Rihanna, and she began to gain attention within six months.

Madilyn focused on improving her YouTube channel as her audience expanded, and as a result, she graduated from high school six months earlier in 2011.

She worked as a certified nursing assistant for a while before deciding to pursue music full-time. She used to play acoustic guitar and drums at the time. She won the Guitar Center Singer/Songwriter Competition, which led to a slew of chances.

In 2012, she joined ‘Keep Your Soul Records,’ a YouTube-based musical label that specializes in the development and marketing of indie musicians. She aided in the creation of her own content while she was there.

She moved to Los Angeles in 2013 and toured the United States and Canada with the American rock band ‘Boyce Avenue,’ which was created by three brothers, Fabian Rafael Manzano, Alejandro Luis Manzano, and Daniel Enrique Manzano. She afterwards described her traveling experience as “wonderful.”

She amassed over 5,00,000 subscribers and nearly 70 million views in less than two years.
In 2015, she shared her ‘Titanium’ cover, which has received over 50 million views and 5 lakh likes in just a few years.

It was first recorded and published by David Guetta, a French DJ and record producer, on his 2011 album ‘Nothing but the Beat.’ Her incredible version of the song earned her worldwide acclaim. It was broadcast on France’s ‘Virgin Radio,’ which led to her signing a recording contract with the ‘Warner Music Group’ label ‘PlayOn’ in France.

In 2015, her following cover song, ‘Radioactive,’ which was originally sung and published by American rock band ‘Imagine Dragons,’ boosted her profile even further. ‘Muse Box,’ her debut album of covers, was released in France on October 2 of that year.

In early 2016, she released her fourth single, a rendition of American singer-actress Cher’s song “Believe.”
On July 12, 2016, she published her first EP, dubbed ‘Wiser EP,’ which has mostly original music rather than covers for a change. ‘Wiser,’ ‘Hate You More,’ ‘Scars,’ ‘Survive,’ and ‘Death of Me’ are the EP’s five tracks.
Many websites, such as ‘Spotify’ and ‘Napster,’ have her cover songs and originals.

Her amazing renditions of ‘Titanium’ and then ‘Radioactive,’ both in 2015, saw the two cover songs top the French and Belgian charts, bringing her enormous international exposure and stardom.

This lovely damsel in distress and her sweetheart, artist James Benurd, announced their engagement on YouTube with a romantic video on March 31, 2014. On August 22 of that year, they married in Wisconsin, surrounded by family and friends. She then revealed her marriage via an Instagram post.

Their wedding was documented in a short film and numerous additional recordings that were uploaded to their YouTube channel.
This amazing and gorgeous artist is dyslexic.

She is a diva in her own right, not only because she is a skilled and gifted artist, but also because she has a terrific personality and sense of style and makeup. She creates her own clothing and cosmetics.

Having a net worth of $7 million at this age is a significant achievement for her, and it appears that in the coming years she will be among the highest-paid women in the world.