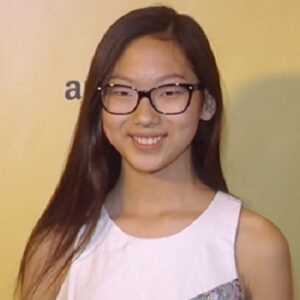 When talking about Madison Hu, “Bizaardvark” comes to mind right away. She is not only a member of one sitcom, but she also stars in “Best Friends Whenever” at the age of fourteen, so things are going well for her. She is a skilled actor who has demonstrated her talent on the Disney Channel. She has not only amassed enormous popularity on television, but she also has more than 5,000 Twitter followers and a whopping 210K Instagram followers. She also has a Facebook page that is all about her. She is vivacious, exuberant, and zestful like any other typical adolescent. She did a fantastic job portraying and executing her characters, Frankie in “Bizaardvark” and Marci in “Best Friends Whenever.”

By the time Madison was nine years old, everything was starting to come together. She secured a part on an episode of “I Kid with Brad Garrett” in 2011. She earned some notoriety and carried on with her studies without making any on-screen appearances until she was cast in “The Goldbergs” and “Tosh.0” in 2014 at the age of twelve. Because of this, she gained attention, and in 2015, after trying out for the show “Best Friends Whenever,” she was also given brief appearances on “Grace and Frankie” and “The Kicks.” She recently landed the lead part of Frankie Wong on “Bizaardvark,” which was her most recent gig. Although she is best recognized for her work in television, she also made an appearance as a spell-bee contestant in the 2013 popular film “Bad Words.”

Why Madison Is So Unique?

She is an expert at all she does! Madison’s talent is not fixed; she has tried her hand at practically everything and succeeded in it, including acting, dancing, singing, and sports. She also performs well in class and is a bright student. She is naturally talented as an actress, and her comic timing and mannerisms enhance her acting skills. All of her co-stars on the sets adore her and find her to be warm. She amuses her home-based family, school mates, and coworkers while filming on the Disney sets. She constantly has a smile on her face and is quite upbeat. She is sensitive as well; in response to the question of if negative criticism affects her, she stated that at first, it did, but as she grew accustomed to it, she learned that she needed to learn to improve her abilities from criticism and avoid those who offer pointless criticism.

Past Fame of Madison Hu

She has left her mark in practically every field since she was a young child. She excels at skating and swimming. She not only plays the guitar and piano, but also sings, records music videos, and uploads them to YouTube, proving she has a good ear for music. She enjoys spending time with her friends and gets along well with her “Best Friends Whenever” and “Bizaardvark” co-stars. She frequently posts photos of herself and her best friend Olivia Rodrigo, who is also her coworker, on Instagram and Twitter when she is not filming. She enjoys watching her favorite Nickelodeon show, “Dora the Explorer.” She enjoys eating all different kinds of cuisine, but her absolute favorite is a straightforward ham and cheese sandwich.

She was born in Texas and spent a few years there before relocating to Los Angeles, where she rose to fame. She adores and respects her parents, and she is a devoted sister to her brother, but Marshmallow is the one person she can never get enough of. She said in one interview that she could hold him for hours. When not shooting, she enjoys participating in co-curricular activities while she studies in Los Angeles. She loves working on set because of her co-stars’ amusing reactions and the support and direction of such a large production company. She enjoys getting dressed up but dislikes wearing cosmetics. She currently has no interest in dating anyone and is preoccupied with balancing school and television. Her favorite genres of music to listen to are pop and rap. There is no doubt that she is not too far from realizing her dream of becoming successful and making her parents pleased.

The range of Madison’s net worth is $0.6 to $1.5 million. Her acting work in films, TV shows, and social media advertisements provide the majority of her revenue.