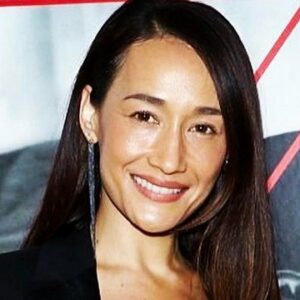 Margaret Denise Quigley is a film and television actress from the United States. Maggie Q is her stage name. Initially, she desired to become a veterinarian scientist but was unable to do so due to her family’s financial constraints. She left her homeland of Honolulu in search of work that would allow her to pursue her goal. Her journey began in Tokyo, where she began her career as a model, then continued through Taipei before settling in Hong Kong. While in Hong Kong, she met superstar Jackie Chan, who immediately took a shine to Q. Recognizing her actual potential, Chan invested heavily in her training to become an action star. She made her broadcast debut in 1998 with the television drama ‘House of the Dragon.’ She starred in her debut feature film, ‘Model from Hell, two years later. Q’s performance in her subsequent movie, ‘Gen-Y Cops,’ landed her first role in a Hollywood film, Brett Ratner’s ‘Rush Hour 2’. She has since maintained an active career in both the Chinese and American film industries. She is now starring in ‘Designated Survivors’ as Hannah Wells.

Margaret Denise Quigley was born in Honolulu, Hawaii, on May 22, 1979. She is the youngest daughter of a Vietnam soldier and his property investor’s wife. Her father, who is of Irish and Polish origin, met her Vietnamese mother in Vietnam while serving in the military. She also has two older sisters and two half-siblings from her mother’s previous marriage.

She was an outstanding student. She attended Mililani Waena Elementary School and Wheeler Intermediate School before enrolling at Mililani High School, where she participated in cross country, track and field, and swimming.

She desired to study veterinary science after graduating in 1997 and even won an athletic scholarship from a prestigious university. However, it became clear to her early on that her family could not financially support her academic ambitions. As a result, she chose to leave Honolulu in order to save enough money to continue her school.

Margaret Quigley came to Tokyo, Japan at the age of 17 on the recommendation of a friend to begin her modeling career. She eventually moved to Taipei but had little success there. Undaunted, she relocated once more, this time to Hong Kong, where she spoke little to no Cantonese, the local language. Maggie Q was her moniker during this time period, as the Chinese were unable to pronounce Quigley properly.

The pivotal moment in her career occurred when she met Jackie Chan. She learned the value of professionalism and the necessity of performing one’s own stunts under his instruction. Despite her lack of prior experience with martial arts, her expertise in sports enabled her to effectively complete the program.

Following the success of her initial show, ‘House of the Dragon,’ she made a smooth transition to the big screen, appearing in films such as ‘Model from Hell’ (2000), ‘Gen-Y Cops’ (2000), and ‘Manhattan Midnight’ (2001), earning the admiration of Chinese film fans in the process. Chan was so taken with her depiction of Jane Quigley in ‘Gen-Y Cops’ that he offered her a small role in his 2001 American picture ‘Rush Hours 2’.

She was placed with Daniel Wu in her next production, the action thriller ‘Naked Weapon’ (2002). She performed in a succession of Chinese films between 2003 and 2005, in both lead and supporting parts. She collaborated with Fann Wong and Philippe Brenninkmeyer on the German-Singaporean television film ‘House of Harmony’ (2005). Q became a producer for the documentary film ‘Earthlings (2005), which had Joaquin Phoenix as the narrator.

She made her film debut as Zhen in Tom Cruise’s ‘Mission: Impossible III’ in 2006. She portrayed the secondary antagonist in ‘Live Free or Die Hard,’ the fourth installment of the Die Hard film series (2007). These two films solidified her as a contender to be the next action star in American cinema.

She starred as Maggie Wong in the 2007 sports comedy ‘Balls of Fury,’ portrayed the fictional granddaughter of Chinese warlord Cao Cao in her first Asian costume epic ‘Three Kingdoms: Resurrection of the Dragon,’ and was a member of the ensemble cast in the 2008 anthology film ‘New York, I Love You.’ In the same year, she starred as the alluring federal agent Chase Linh in the computer game ‘Need for Speed: Undercover.

She portrayed Mai Shiranui in ‘The King of Fighters,’ a 2010 cinematic adaptation of SNK’s King of Fighters video game franchise. Q appeared in the Divergent trilogy as Tori Wu, who develops into an important and dependable friend to the film’s heroine Tris Prior throughout the course of the film series (Shailene Woodley). She was also a member of the cast of CBS’s brief crime drama ‘Stalker (2014-15).

Hannah Wells, her character on ABC’s ‘Designated Survivor,’ is an intelligent and intuitive FBI agent. The second season of the show premiered on September 27, 2017.
Maggie Q has been cast in the next flicks ‘The Brits Are Coming’ and ‘Slumber’. A television film named ‘Queen of Canton’ is also in development, starring her as the renowned pirate Ching Shih.

Maggie Q featured as Nikita in The CW’s spy thriller ‘Nikita,’ which was adapted from Luc Besson’s 1990 film of the same name. Frequently likened to Joss Whedon’s ‘Dollhouse’ and ABC’s ‘Alias,’ the series followed Nikita, a former assassin for a covert government-funded organization known as ‘Division’ who returns after three years in hiding to orchestrate the organization’s demise.

The show originally aired on The CW from September 9, 2010, to December 27, 2013, and was a critical and commercial success during its run. Q’s acting earned her widespread praise, with one reviewer dubbing her “an attraction” and remarking that “she can be hypnotic on-screen.” She was nominated three times in a row for the Teen Choice Award for Favorite TV Actress: Action for the role (2011-13).

Maggie Q won the 2007 Asian Excellence Awards for Best Supporting Film Actress for ‘Mission: Impossible III’.
For ‘The Warrior and the Wolf,’ she got the Maverick Award at the 2009 Hawaii International Film Festival (2009).

Maggie Q formerly dated actors Daniel Henney and Justin Long, as well as director Brett Ratner of ‘Rush Hours 2.’ On the set of ‘Stalker,’ she met actor Dylan McDermott. In October 2014, they began dating. Their engagement was announced three months later, in January 2015.

As an animal rights activist, she has worked with PETA for years and was a part of PETA Asia’s vegetarianism campaign, for which she appeared nearly naked in one advertisement, reclining on a bed of scarlet chili peppers with the phrase “Spice Up Your Life” printed over the image in fashionable typefaces. In a subsequent advertisement, she posed with artfully planted lettuce leaves alongside the text, “Turn Over a New Leaf — Try Vegetarian!”
Later in life, she eliminated all animal-derived products from her diet and declared herself a vegan. PETA named her one of the year’s three “sexiest vegans.”

She has three tattoos, including one of a phoenix on her left hip, over the years.
She has been the owner of a historic country home in Pound Ridge, New York, since July 2013.

Maggie Q is a 9 million-dollar-wealthy American actress, activist, and former model. Margaret Denise Quigley, a.k.a. Maggie Q, was born in Honolulu, Hawaii. As a child, she was extremely sporty, and in high school, she competed on the cross-country, swim, and track and field teams.

She was selected as the “Best Body” in her final year of high school.