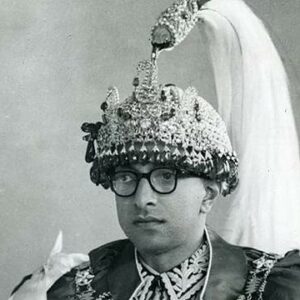 From 1955 to 1972, Nepal’s King was Mahendra Bir Bikram Shah Dev. He was Nepal’s ninth Shah dynasty ruler. During his rule, he implemented various political changes aimed at strengthening and developing his country’s economic, political, and social position. Historians call him a “genuine patriot” since he lived by the motto “May my country go on even if I die.” He was known as the “Builder of Nepal” because he built numerous monuments and buildings, as well as improving the lives of his people. Construction of the East-West Highway (Mahendra Highway), the Pragya Pratisthan Bhawan, and the Back to the Village National Campaign are among his significant achievements. He was instrumental in getting Nepal admitted to the United Nations. In recognition of his efforts, he was awarded the Knight of the Order of the Elephant in Denmark, the Royal Victorian Chain in the United Kingdom, and the Collar of the Order of the Chrysanthemum in the United States (Japan). King Mahendra was succeeded on the throne by his son Birendra in the spring of 1975.

Discontent among Nepalese caused an uprising in the 1950s due to the Ranas’ reigning dynasty’s weak dictatorial system. The Rana empire, which had dominated the country for 104 years, since 1846 A.D., came to an end with the November 1950 revolution. The royals’ personal protection was crucial. Following this, the Ranas agreed to create a coalition government with the Nepali Congress under the leadership of captive King Tribhuvan Bir Bikram Shah Dev. The political situation, on the other hand, was concerning, as the government was created by many parties seeking to control and rule the country.
The political situation in Nepal was deteriorating when Mahendra Bir Bikram Shah Dev gained the king in 1955. Following that, on December 15, 1960, he took drastic measures, dissolving the elected parliament, suspending the constitution, imposing direct control, and imprisoning Prime Minister Bishweshwar Prasad Koirala and his closest government allies.
He implemented a number of reforms aimed at bettering the administration, political system, and society.
Using his emergency powers, the King founded the Panchayat System in 1960. It was a hierarchical structure that involved village, district, and national councils to preserve law and order.
King Mahendra founded the National Planning Council to provide effective administration and speedy advancement and development in the kingdom. This agency was tasked with making recommendations to the King for Nepalese development projects. He reorganized Nepal’s kingdom into 14 zones and 75 districts to make administration easier.
The King knew that Nepal’s rural and remote areas were the country’s backbone. As a result, he focused on village development and launched the “Back to the Village” National Campaign in 1967. The villagers’ sense of nationalism was increased as a result of this effort, which raised awareness of their rights, responsibilities, and privileges.
During his reign, King Mahendra instituted Five-Year Plans aimed at the country’s development. He established the Rastriya Beema Sansthan (Life Insurance Corporation), Nepal Rastra Bank, Rastriya Banijya Bank, and the Agriculture Development Bank as part of this plan.
He also established a number of businesses and created jobs for his workers. The factories of Bansbari Leather Shoes and Janakpur Cigarettes were established.
The Land Reforms Act was introduced by King Mahendra in January 1964 to protect the rights of small farmers and renters.

At Trishuli and Panuati, hydal power projects were built to generate electricity for the industries.
To preserve citizens’ fundamental rights, he founded the Supreme Court and modernized the Nepalese judicial system.
He was also a well-known poet who wrote countless heart-warming poetry and melodies in Nepali. He is considered to be the first poet of modern Nepali literature.

He lay the groundwork for the East-West Highway (Mahendra Highway), which acts as a trade corridor between Nepal and its neighbors.
On August 17, 1963, he wrote and introduced the New Civil Code (Muluki Ain) to defend the rights of women, children, and the weaker parts of society.
King Mahendra created the Tribhuvan University, the Janak Education Material Centre, and the Teacher’s Training Institute in order to improve education throughout the country.
He established the National Sports Council, Rastriya Nachghar, Rastriya Sabhagriha, and Dasarath Stadium to promote culture, arts, and sports.
He also worked to promote tourism in Nepal. He built countless rest-houses, inns, and water taps in this magnificent land as a result.
Between China and India, he followed a neutral foreign policy. Until January 1972, Nepal maintained diplomatic ties with 51 countries. Nepal was accepted to the United Nations (UNO), the International Labour Organization, and the Non-Aligned Community in 1955 as a result of his favorable attitude toward neighboring countries and international organizations.

On May 8, 1940, at the age of twenty, he married Indra Rajya Laxmi Devi. Six children were born to the Royal couple (3 daughters – Shanti, Sharada, and Shobha and 3 sons- Birendra, Gyanendra, Dhirendra).
The King remarried two years after her death in 1950, on December 10, 1952. Ratna Rajya Laxmi Devi, the new queen, was the late queen’s younger sister.
He ruled Nepal for 17 years and died of heart failure on January 31, 1972, at Diyalo Bungalow in Chitwan, Bharatpur, Nepal.
On February 24, 1975, his eldest son Birendra reclaimed the throne.