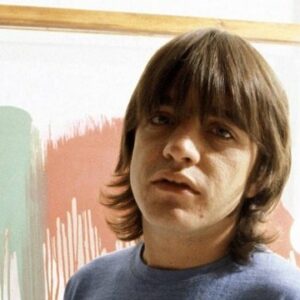 One of the founding members of the legendary hard rock group “AC/DC” is Malcolm Young. Malcolm, a retired guitarist and songwriter, was a fundamental member of the group until he left in 2014. No one can deny that Malcolm Young is responsible for giving AC/DC its spirit and defining its sound, despite some claiming that his brother Angus Young is the main draw during the band’s live performances. He was unquestionably the band’s musical cornerstone and the one who gave AC/DC their reputation as a rhythm machine. Although his piercing rhythm guitar playing set them apart, it was his understanding of “when not to play” or the significance of silence punctuating the riffs that helped make many of the band’s songs and albums legendary. Malcolm’s “silent” punctuations in between the riffs are responsible for a large list of albums and songs becoming what they are today. His was a significant factor in the success of AC/DC as one of the greatest hard rock bands in history. Many hard rock musicians, including James Hetfield of Metallica and Izzy Stradlin of Guns N’ Roses, were influenced by him. As ironic as it may seem, the man who gave all and was one of the band’s pillars of strength today has no memory of anything. Malcolm’s memory has been stolen by dementia, but his music and other works will live on in the hearts and minds of his admirers.

William and Margaret Young gave birth to Malcolm Mitchell Young on January 6, 1953, in Glasglow, Scotland, the United Kingdom. He was his parents’ sixth child.
Malcolm’s family relocated to Sydney, Australia, when he was eleven years old. He quickly gained a reputation for fighting in the schoolyard. After finishing school, he began working for a bra firm as a machine maintenance engineer.

Malcolm became interested in music early on, particularly the guitar. When he first picked up a guitar, he was still in school. With his natural talent, he quickly switched from playing the acoustic to the electric guitar, learning from his brother George, a guitarist for the group Easybeats.

Malcolm Young began playing guitar in local bands quite early in his career. He joined the Australian band Velvet Underground in 1971. Despite numerous line-up changes, the band never really found its footing.
Velvet Underground split up in 1973. Then Malcolm and his younger brother Angus joined forces.

Before joining together to start their own band, AC/DC, the brother duo performed together for the obscure CD “Marcus Hook Roll Band Tales of Old Granddaddy.” Dave Evans joined the brothers’ AC/DC band in 1974, and the three started doing national tours.

AC/DC returned to the UK from Australia in 1976. The team also included Bon Scott as the main singer, Phill Rudd as the drummer, and Mark Evans as a stand-in for the Young brothers’ combo.
Five albums by AC/DC were released between 1976 and 1979: “High Voltage,” “Dirty Deeds Done Dirt Cheap,” “Let There Be Rock,” “Power,” and “If You Want Blood.” With a string of hit albums under their belt, AC/DC quickly developed a reputation and a fan base outside of Australia.

The album “Highway to Hell,” which was AC/first DC’s major international success, was released in 1979. It finally peaked at #17, becoming the first AC/DC album to enter the US top 100. Following the release of “Highway to Hell,” AC/popularity DCs skyrocketed. They were well-known for their exuberant live shows and a run of hit albums.

‘Mutt’ Lange and AC/DC worked together to secure a record deal in 1979. But just when things seemed to be going well, the band experienced a serious setback. The band’s lead singer, Bon Scott, passed away from alcohol poisoning. They were startled by the news and were traumatized by it. After getting over it, they quickly got back together, replacing Scott with Brian Johnson.

Following the success of their previous albums, the band’s most anticipated album, “Back in Black,” was released in 1980. As predicted, the record gave them their big break and turned out to be their ultimate work. Additionally, it was the first endeavor after Scott’s passing and the debut of Johnson as the lead vocalist.

It went on to become the second-highest-selling album in history after selling more than 50 million copies. Back in Black is one of the greatest albums ever made. The following world tour was also very prosperous and solidified their place in the international music business.

There was no stopping AC/DC after “Back in Black” became a worldwide phenomenon. Their following record, “For Those About to Rock We Salute You,” became the first to top the US charts. The extremely prosperous graph abruptly came to an end in the following years as their efforts failed to make an impression or produce any magic.

After a drab period, AC/DC made a comeback in 1988 with the release of their album “Blow Up Your Mind.” The album peaked at number two on the charts. Both the audience and the critics responded well to it.

Malcolm took a leave of absence from the subsequent World Tour after it began in February. Realizing that his alcoholism had gotten worse, he withdrew from Scott’s plans out of concern for his safety and to confront his drinking issues. His nephew Stevie Young momentarily took his position in the band.

Malcolm Young began up immediately after his break, exactly where he had left off. The Razor’s Edge, one of the group’s most popular commercial albums, was released in 1990. Its singles went on to become chart-toppers and reach significant Billboard chart positions. The album was multi-platinum and peaked at number ten in the US. For the 1992 live CD named “Live,” several performances from the Razors Edge tour were captured on tape.

Malcolm, Angus, and Rudd all participated in jam sessions in 1994. As a result, they began creating their subsequent album, “Ballbreaker,” which was released in 1995. They created “Bonfire” in 1997, and “Stiff Upper Lip” in 2000.

The first studio album by AC/DC since “Stiff Upper Lip” was released in 2008 under the name “Black Ice.” The album was a huge success, debuting at #1 in 29 different nations. The biggest debut album ever released by Columbia Records followed. The album’s popularity contributed to its multi-platinum certification in eight different nations. They followed it up with their first live CD in 20 years, “Live at River Plate.”

Malcolm’s health deteriorated significantly in 2014 to the point where, by April, he was critically unwell and unable to perform. Although Johnson insisted that Malcolm’s absence was only temporary while his health was getting better, it was later discovered that Malcolm had actually retired and would no longer be performing with the band going forward. Stevie Young, his nephew, took over Malcolm’s position permanently.

The most promising effort by Malcolm Young was the most popular album by AC/DC, “Back in Black,” released in 1980. Despite being released after Scott’s passing, the album brought the band the global recognition they were seeking. It went on to become the second-highest-selling album in history after selling more than 50 million copies. ‘Back in Black’ was listed among the top albums as well.

Malcolm Young was inducted into the Rock & Roll Hall of Fame in 2003 along with the other AC/DC members.

Malcolm took a leave of absence from the tour to treat his alcohol addiction issue, which had gotten worse over the years. Malcolm made the decision to stop his escalating alcohol addiction out of concern that he would suffer the same destiny as Scott.

Malcolm fought his alcoholism and eventually overcame it to rejoin his group. He kept playing for the group up until April 2014, when he was no longer able to do so. He took a break, which ultimately resulted in his formal retirement from the band.

Malcolm Young experienced short-term memory loss or dementia. He was given full-time care and admitted to a nursing home. Later, his brother Angus disclosed that Malcolm had memory loss prior to the Black Ice experiment.

The Black Ice World Tour had almost come to an end when news broke that Malcolm had been given an early-stage lung cancer diagnosis. Malcolm also had an unidentified cardiac ailment, albeit both of these illnesses have already been cured.

Malcolm Young’s net worth: Malcolm Young, an Australian guitarist of Scottish descent, is best known for his work as the rhythm guitarist, backup singer, and songwriter for the hard rock group AC/DC. Malcolm Young had a net worth of $100 million at the time of his passing.