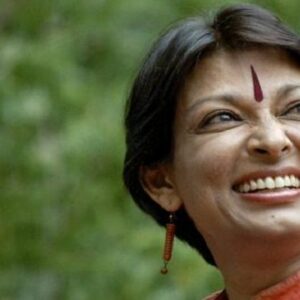 Mallika Sarabhai was a famous classical dancer and choreographer in India. She had a lot of different sides to her, and she was also a well-known actress and social and political activist. She was born to the famous Indian classical dancer Mrinalini Sarabhai and the famous space scientist Vikram Sarabhai, so she grew up in an environment that was both artistic and intellectually stimulating. Like her mother, she started dancing when she was pretty young and started performing when she was only a teenager. She has been in a number of Gujarati and Hindi movies and has been praised for both her dancing and acting. From a young age, she was a very independent person who worked hard to make her own identity. She didn’t want to be overshadowed by the brilliance of her famous parents, who were both very successful in their own fields. She not only became a successful professional in her own right, but she also carried on the work of her famous parents by doing social activism. She has been trained in the dance styles of Bharatanatyam and Kuchipudi. She helps her mother run the dance academy “Darpana” and has also created her own unique style of choreography for modern dance forms. She has won several awards for her work in dance and in society as a whole.

She was born on May 9, 1954, in Ahmedabad, Gujarat, India. Her father, Vikram Sarabhai, was a well-known space scientist, and her mother, Mrinalini Sarabhai, was a classical dancer. Both of her parents were very well-known and accomplished in their fields of work.

She was exposed to a lot of different cultural and artistic things when she was young. Since her father was a physicist, she grew up in a place that challenged her mind. Her mother made sure that she learned different kinds of dance from a young age. As a result, Bharatanatyam and Kuchipudi were taught to Mallika.

In 1972, she got an honors B.A. in economics from St. Xavier’s College in Ahmedabad. Then she went to the Indian Institute of Management, which is one of the best management schools in India, and got her M.B.A. there in 1974. In 1976, she got her Ph.D. in Organizational Behavior from Gujarat University.

She started acting while she was still in her teens. When she was 15, she started acting in parallel cinema. She played the part of Draupadi in the British movie “The Mahabharata” by Peter Brook for five years. She first appeared in the French version and then played the same part in the English version, which she did all over France, the United States, Australia, Japan, and Scotland.

She was in a lot of Hindi and Gujarati movies and was praised for how well she played the roles. Some of her most well-known roles were in the movies “Mutthi Bhar Chawal,” “Himalay Se Ooncha,” “Mena Gurjari,” “Maniyaro,” and “Katha,” all of which came out in 1975. (1983). She not only worked in movies, but she also did things on TV.

She worked with Peter Brook again, who she had worked with at the beginning of her career, and played Draupadi in his movie version of the epic “The Mahabharata.”

As a dancer and choreographer, she helped run the Ahmedabad-based Darpana Academy of Performing Arts with her mother, Mrinalini. She also kept playing as a soloist and made works that were both classical and new.

She was a strong advocate for education and women’s rights. She was an independent woman with a strong social conscience. In 1989, she put on a solo play called “Shakti: The Power of Women,” which was praised by critics for how powerful it was.

She had a lot of training in classical dance styles, but in the 1990s she started to learn more about contemporary dance styles and created her own choreography styles. She went on to make a lot of shows that talked about social issues and pushed for change. She has made short dance pieces, whole evenings of work, dance theatre, and total performance work.

Her work has been shown all over India and in other countries as well. She has danced with the National Dance Institute and the Battery Dance Company in New York, the Pan Project in London, and at festivals in Perth, Singapore, Hong Kong, Japan, Israel, and Egypt.

She also writes a lot. She has written columns about human rights, empowering women, caste, law and order, corruption, and other important social issues.

In 2012, she worked with film director Yadavan Chandran and Swiss pianist Elizabeth Sombert to make “Women with Broken Wings,” a tribute to women who have been hurt by violence around the world.

In 1975, the Government of Gujarat gave her the Best Film Actress Award for the Gujarati movie Mena Gurjari.
In 2000, the Sangeet Natak Akademi gave her an award for creative dance.

In 2003, she was named Woman of the Year by the Indian Merchants’ Chamber (IMC).
In 2007, she was happy to receive the Theatre Pasta Theatre Award.

In 2010, the Government of India gave her the Padma Bhushan, India’s third-highest civilian award, for her important contributions to the arts.

She became friends with Bipin Shah while they were both in college. Before they got married, they lived together for a few years. They were lucky to have two kids. But the marriage didn’t last long, and it ended in a divorce.

Mallika Sarabhai is one of the most popular and richest dancers. Based on what we found on Wikipedia, Forbes, and Business Insider, Mallika Sarabhai has a net worth of about $1.5 million.