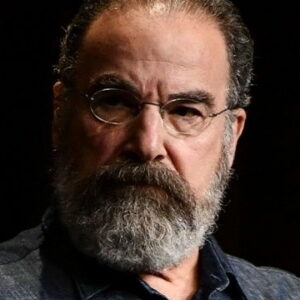 Born Mandel Bruce Patinkin, Mandy Patinkin is an American actor, singer, and voice actor. His role as ‘Inigo Montoya’ in the film ‘The Princess Bride’ made him renowned. He is also well-known for his roles in “Yentl,” “Alien Nation,” “Dick Tracy,” “Men with Guns,” and “Wish I Were Here.” He has also performed in a number of television roles. Mandy Patinkin began his career as a stage performer before transitioning to television and film. Critics have praised his performances in the television series Criminal Minds and Homeland. While filming ‘Criminal Minds,’ he experienced mental hardship owing to the project’s dark plot. He acknowledged committing an error by agreeing to work on that project. The incident had such a profound effect on him that he quit the show and considered never returning to the television profession. Eventually, he changed his mind and returned to the tiny screen. Recently, he played ‘Saul Berenson’ on the Showtime series Homeland.’ In addition to being an actor, he has also released numerous records as a popular recording artist.

Mandy Patinkin was born in Chicago, Illinois on November 30, 1952. His mother, Doris Patinkin, was a housewife, and his father, Lester Patinkin, ran two huge metal factories in the Chicago metropolitan area: the Scrap Corporation of America and the People’s Iron & Metal Company.

Patinkin’s ancestors were Jewish immigrants. As a child, he attended religious schools and participated in synagogue choruses, having been reared in “Conservative Judaism.” Additionally, he attended Camp Surah in Michigan during his boyhood.

He attended South Shore High School, Harvard St. George School, and Kenwood Academy, among others. After receiving his diploma in 1970, he attended the University of Kansas and the Juilliard School.

His family includes numerous well-known personalities. Bonnie Miller Rubin, a writer for the ‘Chicago Tribune,’ Mark Patinkin, an author and nationally syndicated columnist for ‘The Providence Journal,’ and Sheldon Patinkin, one of the founders of ‘Second City,’ are among his relatives.

Mandy Patinkin began his career with advertising for television and radio appearances. In 1979, he portrayed ‘Che’ in ‘Evita’ on Broadway, achieving his first musical theater hit.

After his initial Broadway breakthrough, Patinkin advances into the film industry. Between 1981 and 1983, he had modest roles in films such as ‘Yentl’ and ‘Ragtime’ before getting his big break in Rob Reiner’s ‘The Princess Bride’ in 1987. He played Inigo Montoya and is renowned for his classic lines in the film “Hello, my name is Inigo Montoya. You murdered my dad. Prepare to die.”

The 1984 Pulitzer Prize-winning musical “Sunday in the Park with George” was his next Broadway success. He starred in the musical “The Secret Garden” later in 1991. 1993’s ‘Falsettos’ and 2000’s ‘The Wild Party’ were among his other notable Broadway outings.

Patinkin has also had a lengthy career in television, in addition to theater and movies. In 1994, he signed on for the role of ‘Dr. Jeffrey Geiger’ in ‘Chicago Hope’, which was his first significant role in television. Later, he participated in a number of well-known television shows, including ‘Dead Like Me’ in 2003, ‘Criminal Minds’ in 2005, and ‘Homeland’ in 2011.

In 1994, Mandy Patinkin began as ‘Dr. Jeffrey Geiger’ on the CBS series ‘Chicago Hope.’ Even though he won an Emmy for the show, he quit after the second season. He was unhappy about being apart from his wife and children throughout the filming of the show. However, he returned at the beginning of the sixth season in 1999, but the show was canceled the next year.

In 2011, he was cast as the counterterrorism operative ‘Saul Berenson’ on the crime drama series ‘Homeland’. Both the public and the critics have largely recognized and praised his performance.

“Sunday in the Park with George” earned him the “CableACE Award for Best Actor in a Theatrical or Dramatic Special” in 1987.

On June 15, 1980, Mandy Patinkin wed actor and author Kathryn Grody. They have two sons together, Isaac and Gideon. According to his own description, he is “Jewish with a dash of Buddhism.” He describes himself as “spiritual” but “atheist.”

In the mid-1990s, he was diagnosed with Keratoconus, a degenerative eye disease; in 1997 and 1998, he underwent two corneal transplants.
He gave the keynote address at the Annual Convention of the Israeli Left in May 2012; he is actively involved in a variety of Jewish issues and cultural events.

Award-winning actor Mandy Patinkin has a net worth of $12 million. He is well-known for a number of prominent cinema roles and a lengthy career as a stage performer, particularly in musical theater.

This American actor appeared in the very first commercial for Kellogg’s Frosted Mini-Wheats.
The role of ‘Inigo Montoya’ in ‘The Princess Bride’ is his favorite.