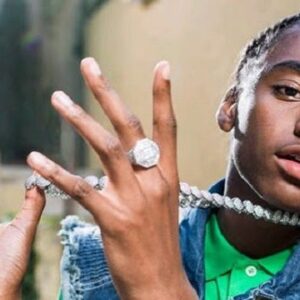 American rapper Mani, sometimes known as Lil Mani, is most known for his 2016 appearance on Lifetime’s Emmy-nominated television program “The Rap Game.” The first people Mani studied music with were his relatives, especially his mother Lacreshia Hoy. She is a former member of the musical group “Queens of Compton,” also known as “Cre.” Mani developed an early interest in rap, and by the time he was a teenager, he was already a budding rapper. The gifted child has now amassed a respectable number of fans in the rap music sector. Several thousand people have viewed his singles on social media sites like YouTube, including “You Thought,” “Look at Me, Now Look at Chu,” “What Do You Know,” and “Walk In.” Mani has dabbled in a few other business endeavors in addition to his early fame as a rapper.

Mani was impacted by his parents’ cultural background because both of them were prominent rappers in their youth. As a youngster, he developed an interest in rap, and his distinctive style quickly drew a large following. He has put his own twists on the traditional “new school” freestyle rap aspects in his technique. He has already made a name for himself in the industry through his dedication, tenacity, and humility, qualities that are uncommon among modern superstars, especially rappers.

Mani first gained notoriety when he participated in the second season of the Emmy-nominated Lifetime television program “The Rap Game.” He received an overwhelmingly positive reception from the audience after his electric rendition of “Look at Me, Now Look at Chu.” He also received a record deal from Jermaine Dupri’s label, “So So Def,” as a result of this performance.

Since then, Mani has released a number of popular tracks, including “Wavy,” “Walk In,” “What Do You Know,” and “They Know Me,” all of which have amassed thousands of YouTube views. Mani has developed a following among young audiences throughout time, particularly among young people between the ages of 12 and 30.

The young rapper founded his own record company called “Fly City Entertainment” as a result of the success of his hits. In addition to founding this business, Mani has also shifted his focus to fashion by establishing his own clothing brand, dubbed “Yung Millionaire.”
He has thus become the first young rapper to engage in a variety of non-musical business endeavors!

On April 25, 2000, Mani was born in Los Angeles, California, to former “Queens of Compton” member Lacreshia Hoy. While his father, who was also a rapper in his early years, concentrates on the creative side of his musical career, his mother oversees all of his business endeavors, including his music career.

The estimated net worth of rapper Mani is about $1 million.