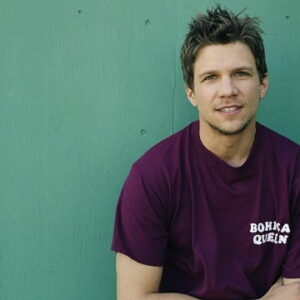 American actor Marc Blucas is most known for his part in the television series “Buffy the Vampire Slayer.” Marc, who was born and raised in Pennsylvania, spent his high school and college years focused on a career in basketball. He pursued law after failing to be accepted into the National Basketball Association (NBA), but when that endeavor also did not go well for him, he decided to try his luck in acting. The 1995 TV movie “Inflammable” served as his acting debut. His background in basketball led to him landing a significant part in the 1998 movie “Pleasantville.” The year 1999 marked the turning point in his career as he was given the opportunity to play a significant part in the television series “Buffy the Vampire Slayer.” The show helped him gain a reputation as a promising young actor and was a huge critical and economic success. He received offers to take on pivotal roles in the early 2000s in the blockbusters “First Daughter” and “We Were Soldiers.” He has already landed big roles in movies like “Thr3e” and “The Killing Floor” by the late 2000s. His appearance in the television series “Underground” increased his notoriety.

Marcus Paul Blucas, the son of a school administrator, was born Marc Blucas in Girard, Pennsylvania, on January 11, 1972. Alongside his older sister, Kristen, Marc grew up. Marc has played sports with his father since he was a little child because his father had a sporting background.

Marc started acting as a hobby when he was young. In a third-grade class production of “Hansel and Gretel,” he made his acting debut as a cupcake. Marc continued to perform in school musicals during the ensuing years, but he never took them seriously.

He loved athletics and was consistently one of the top players on all of his teams throughout middle and high school. His outstanding play helped the basketball team from “Girard High School” win numerous games and two 2A trophies. He was the team’s star player. His high school team was recognized as one of the finest in the nation during his final year.

Marc continued to play basketball for the college team while majoring in finance at Wake Forest University. While he was at college, he rose to the top of the squad once more and assisted them in winning some significant championships. He had his eyes set on the NBA draft but came up empty.

He traveled to London in search of a professional basketball career, where he signed on with the “Manchester Giants” and played for them for one season. However, he was forced off the team due to an injury. Marc was severely damaged by this, and he decided to stop playing the sport.

Soon after, he founded his own business, which focused on helping athletes with contract negotiations and endorsements. He also attempted to study law. He ultimately made the choice to pick up acting again, his childhood pastime that had by that point grown into a passion. His baseball background proved to be a strength that aided in the early stages of his acting career struggle.

Marc’s introduction to the world of television came in 1995, while he was a student at Wake Forest University when he had a small part in the television movie “Inflammable.” A buddy of his who was aware of his love of acting advised him that a basketball player/actor was needed for the movie “Eddie.” Marc applied for and was given the part in the 1996 movie, where he gave a respectable performance as a bench player for the “New York Knicks.”

His experience as a basketball player greatly aided in landing him a part in the 1997 movie “Pleasantville.” In addition to playing in it, he was involved with the movie as a counselor and basketball expert. Before delving deeper into the entertainment industry, he took acting classes and workshops to develop his acting abilities.

He portrayed Jerry O’Connell’s closest buddy in the 1999 NBC miniseries “The ’60s.” The audience adored his performance. He was cast in “The Mating Habits of the Earthbound Human” in 1999 and then starred in “House on Haunted Hill” the following year.

When he appeared in the television series “Buffy the Vampire Slayer,” he experienced a significant career breakthrough. He portrayed Riley Finn in 31 episodes from 1990 to 2000. He received widespread recognition for the job. Marc first believed that his acting audition for the part had been poor. He had expressed regret to Joss Whedon, the series creator, for wasting his time at the audition. However, he learned that he had been selected for the part just two weeks later.

He appeared in a supporting part in the 2001 movie “Jay and Silent Bob Strike Back” before going on to star in two other blockbuster movies after finding fame in “Buffy the Vampire Slayer.” He appeared in the movies “We Were Soldiers” with Mel Gibson and “First Daughter” with Katie Holmes.

Marc had already begun to acquire prestigious roles by 2006. He starred in “Thr3e,” a novel-to-film Christian horror. The movie was a massive flop at both the box office and in reviews, and it was listed among the “worst-rated films of all time.”

His credibility as a performer was somehow restored by the success of the 2007 anthology “After Sex.” He played two more significant roles in the movies “The Killing Floor” and “The Jane Austen Book Club” that same year. He returned to television in 2007 and appeared as a guest star on the show “House.”

He played a detective in the television series “Eleventh Hour” and acted in the science fiction comedy “Meet Dave” with Eddie Murphy in 2008. After that, he appeared in the action comedy “Knight & Day,” which also starred Cameron Diaz and Tom Cruise. The movie had an average box office performance and earned mixed reviews from critics.

In TV shows like “Law & Order: Los Angeles,” “Revenge,” and “Body of Proof,” Marc kept playing modest roles. He received a regular part in the 2011 television series “Necessary Roughness,” in which he played the titular “Matthew Donnally” character.

He made a frequent appearance in “Killer Women” in 2014. His portrayal of “Dan Winston” in the series received a lot of praise. With appearances in films like “Red State,” “Touchback,” “Sleeping with Other People,” “The Red Maple Leaf,” and “Brawl in Cell Block 99,” among others, he furthered his film career at the time.

He appeared as the series star in the drama “Underground” in 2016. The show was canceled after two seasons despite favorable reviews and ratings.
Marc continued to work in television with roles in “Hallmark” films like “Operation Christmas,” “The Irresistible Blueberry Farm,” and “Miss Christmas.”

Before being married in July 2009, journalist Ryan Haddon and Marc Blucas dated each other for a while. From her former union with actor Christian Slater, Ryan has a daughter.
Marc indulges in his second interest, basketball, in his free time. In addition to participating, Marc is the basketball coach at a Los Angeles Catholic school for females.

Later, he played basketball at Wake Forest University before making an effort to join the NBA. He moved to England to play for the Manchester Giants of the British Basketball League after being passed over for the draft.